‘Ayahuasca’, the Holy Medicine, and other Psychedelics may reveal how brain generates reality 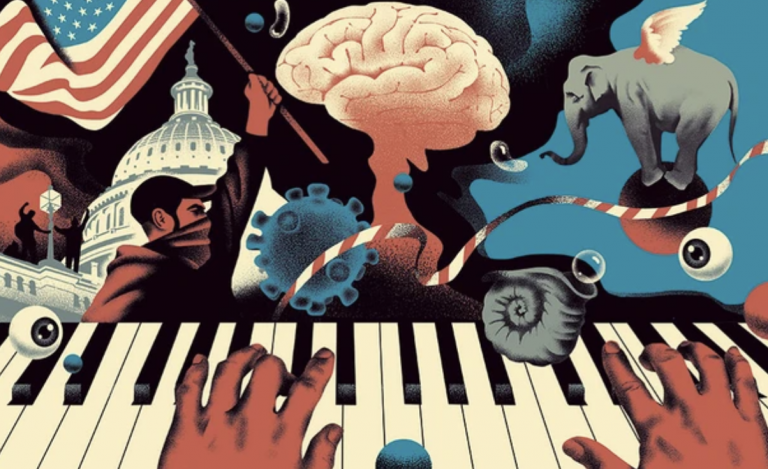 Neuroscientists are working to make use of fMRI scans, EEG recordings, and computational models of the brain coupled with the volunteer reporting of ‘Visionary’ experiences with the Holy Medicine as well as various Psychoactive Plant based Medicines to understand how the brain generates perceptions of reality.

Although findings are in early stage, the findings are seeming to support the more-than-a–century-old hypothesis: that a main function of the brain is to ‘make best guesses about the causes of information impinging on our senses at any given moment’ – i.e. a power of prediction, which enable the brain to find meaning in the midst of ambiguous and noisy sense-based information – a function which helps the brain understand and operate.

Under the influence of Psychoactive Plants, the brain seems to lose the ability to predict as the ‘Self’ seems to be lost from the ordinary realms of reality – and the perceptual aberrations provide neuroscientists with a way to probe the workings of the brain — to try and understand what happens in neuropsychological conditions.

The researchers are also finding that the brain provides a sense of ‘Self’ based on ‘internal models’, which the Psychedelics also ‘loosen’, and “You now lose a precise sense of self,” says Karl Friston, a computational neuroscientist from University College London. A survey by Calvert Harris suggested that ‘a breakdown of the boundaries of the self could be one explanation for why some people on psychedelics report mystical feelings of a sense of unity with their surroundings.’

One of the ways researchers are gauging changes occurring in brain is by measuring something called Lempel-Ziv complexity, which is a tally of the number of distinct patterns ‘present in recordings of brain activity over the course of milliseconds using a method called magnetoencephalography (MEG)’.

However, researchers note that since Psychedelics ‘change’ almost everything under the influence, it is very hard to find something that doesn’t change, and it is easy for a researcher to takes their favorite analysis and say, ‘Look, it changed.’ Researchers think that  a way forward is to experiment with microdosing, i.e. experimenting with participants in Sacred Ceremonies by providing small doses of Psychoactive compounds and learn from the findings using scientific experimentations.  For example, participants who were provided microdoses of LSD were able to be tested for how quickly they were able to detect visual stimuli. These ideas are only newly emerging, however, this may well be the way for researchers to understand whether predictive processing is how brain creates perceptions and much more.