Cyanobacteria, the great architect of all life forms on Planet Earth 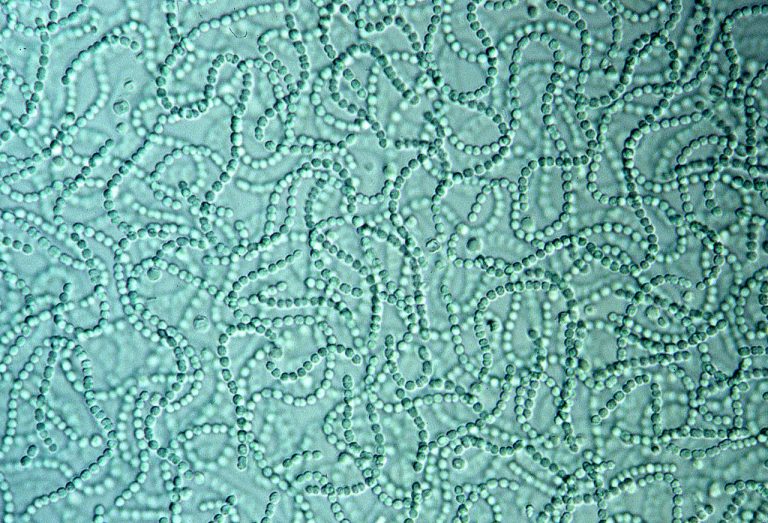 Cyanobacteria or blue-green algae are aquatic and photosynthetic; they live in the water and can produce their own food. They are usually unicellular, and often they grow in colonies large enough to see with naked eyes. According to experts, they have the distinction of being the oldest known fossils which is more than 3.5 billion years old. Cyanobacteria are still around, and according to experts, they are one of the largest in number and most important groups of Bacteria on Earth.

Cyanobacteria are considered to be tremendously important in shaping the course of evolution and ecological change throughout the history of Planet Earth. The oxygen atmosphere that the current complex life cycle depends on was generated by numerous Cyanobacteria during the Archaean and Proterozoic eras. According to scientists before that time, the atmosphere had very different chemistry, completely unsuitable for life to survive.

Another great contribution of the Cyanobacteria is the origin of Plants. According to the experts in this field, it is considered that the chloroplast with which Plants make food, is actually a Cyanobacterium living within the Plants’ cells. Sometime in the early Cambrian or in the late Proterozoic, Cyanobacteria began to take up habitation within certain eukaryotic cells, making food for the eukaryote host in return for a shelter. This event is known as “endosymbiosis” and is also the origin of the eukaryotic mitochondrion.

The event that made complex life possible in oceans

In 2015, Patricia Sánchez-Baracaldo, from the school of Geographical Sciences, University of Bristol, identified the catalyst that enabled the evolution of complex life in Planet Earth’s ocean. According to her research, up to 800 million years ago, the Earth’s oceans were deprived of oxygen. It was only when microorganisms called phytoplankton, capable of performing photosynthesis, colonized the oceans which covered two-thirds of Planet Earth. This massive scale production of oxygen made life on Planet Earth possible.

It has long been known and acknowledged that Cyanobacteria were the first microorganisms that have the ability to produce oxygen. The evolution of the complex life cycle as it is thriving now is made possible for this major oxygenation event, driven by billions of tiny organisms in the ocean. According to her research result, this event set the stage for a fundamental transformation of Planet Earth.

Early on, these Cyanobacteria dominated only terrestrial and coastal environments and with relatively low impact on the Earth’s nutrient cycles. It was only when they properly colonized the oceans that the major, planet-altering event occurred.

According to researchers, oxygenic photosynthesis, the process by which microbes fix carbon dioxide into carbohydrates, splitting water and releasing oxygen as a by-product, first evolved in freshwater habitats more than 2.3 billion years ago. But it was not until around 800 million years ago that these oxygenating Cyanobacteria were able to colonize the vast oceans and be fertilized by enough bioavailable nitrogen to then produce oxygen and carbohydrate food on a massive scale– at levels high enough to facilitate the next ‘great leap forward’ towards complex life on Planet Earth.

This year, another research team, including Patricia Sánchez-Baracaldo, finds that the earliest bacteria can perform a crucial step in photosynthesis, which is changing how the scientific world previously thought how life evolved on Planet Earth. The research team, led by scientists from Imperial College London, traced the evolution of key proteins needed for photosynthesis back to possibly the origin of bacterial life on Earth.

According to this research, it took more than a billion years for bacteria to perfect the process leading to the evolution of Cyanobacteria and two billion years more for Plants and animals to conquer the land.

The team made their discovery by tracing the ‘molecular clock’ of fundamental photosynthesis proteins responsible for splitting water. This method estimates the rate of evolution of proteins by looking at the time between known evolutionary moments, such as the emergence of different groups of Cyanobacteria or land Plants, which carry a version of these proteins today. The calculated rate of evolution is then extended back in time to see when the proteins first evolved.

The research team observed that the photosynthesis proteins exhibited nearly identical patterns of evolution to the oldest enzymes, stretching far back in time, suggesting they evolved in a similar way.

According to this research team, knowing how these key photosynthesis proteins evolve is not only essential for the search for life on other planets but could also help scientists find approaches to use photosynthesis in new ways through synthetic biology.

Cyanobacteria key to unlocking the secrets of ancient past

To understand how oxygen molded early life, scientists at the University of Bristol have been exploring when they began using antioxidants called Superoxide Dismutase Enzymes (SODs) to manage reactive oxygen and when Cyanobacteria evolved. According to researchers, oxygen is highly reactive and toxic. Cyanobacteria use SODs to protect against these related toxic effects, which all have different evolutionary origins and use different trace metals.

According to the lead researcher, the evolutionary history of four of these antioxidant enzymes: NiSOD, Fe-, CuZnSOD, and Mn-utilizing SODs. These SODs are found in everything from animals to Plants and bacteria, where they manage reactive oxygen species (ROS) by converting superoxide free radicals into hydrogen peroxide.

The research team discovered that Cyanobacteria had acquired their SOD genes from other bacteria on several occasions throughout the history of evolution. As a result, various strains used different antioxidant enzymes based on their circumstances. For example, Cyanobacteria floating in the ocean, which live planktonic lifestyles, often use NiSOD. Whereas most Cyanobacteria, unrelatedly of their habitat, use Mn- or Fe-SODs.

The researchers observed that the evolutionary trajectory of a different SOD, using zinc and copper cofactors instead of nickel, matched those of older, more ancestral Cyanobacteria, which diversified at least 2,700 million years ago. This implies that oxygen-producing bacteria were equipped with mechanisms of managing ROS before the global environment was flooded with oxygen.

According to researchers, this genomic record contains vital information about ancient habitats and proves the existence of life on land and in the ocean at that time. The research team is now planning to investigate when other antioxidants evolved.