Discovering the origin of symbiosis of Plants in earth 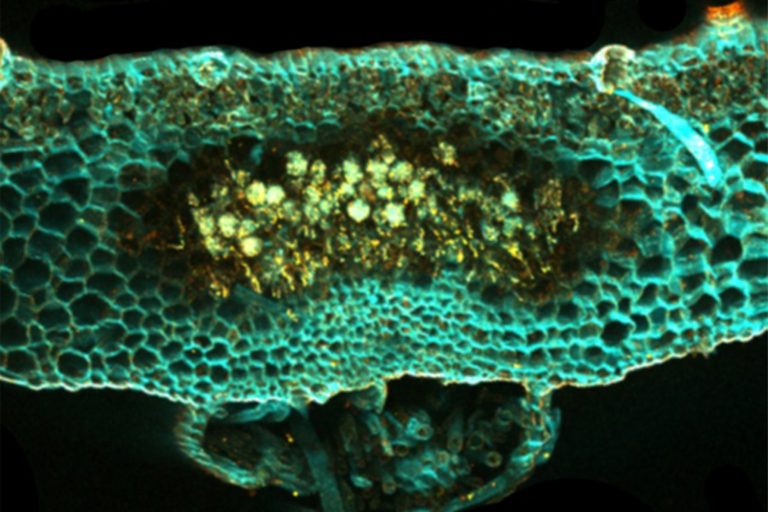 So, what is the origin of this phenomenon of symbiosis which has shaped all lifeforms on earth?

The more the scientific world is discovering about symbiosis, the more puzzling it gets. Till now, it has been assumed that the diversification of Plantlife on land was only possible due to the symbiotic relationship between the ancestor of all land Plants – the Algae and Fungi – the earliest masters of symbiosis on land.

In 2015, a group of researchers from the University of Wisconsin-Madison showed that even before Algae, the ancestor of all land Plants, started to diversify on land, they were preadapted to the symbiosis mechanism. These findings contradict the previously assumed theory that  Algae at the shore evolved to form a symbiotic relationship with the Fungi.

But Jean-Michel Ane, a professor from the University of Wisconsin-Madison of bacteriology and agronomy and the study’s senior author, argued that the washed up Algae on the shore could not survive that long to evolve to form a symbiotic relationship with the Fungi. He further explained that the genes required to function symbiosis between Plants and microbes likely arose in a common ancestor of green algae and land Plants.

Tracing the origins of symbiosis can broaden the understanding of humanity by answering the question of why symbiosis is the basis of all life forms on Planet Earth. With this understanding, humanity could learn more about everything in the ecosystem deeper from Mother Nature which could benefit all lifeforms.

A study published in Nature Plants, led by scientists from the University of Toulouse/CNRS in France and the John Innes Centre in the UK, describes the discovery of a common genetic basis for all these symbioses.

Over the past two decades, many studies on Mycorrhizal symbiosis and another type of symbiosis, formed by legumes such as Beans and Peas with soil bacteria, have led the scientists to identify a dozen Plant genes which are needed for the recognition of beneficial microbes and their adaptation inside Plant cells. By contrast, other types of intracellular symbioses have been poorly studied.

To address this, this international research team compared the genomes of nearly 400 land Plant species to understand what is unique and common to those that can form intracellular symbioses. Surprisingly, they discovered that three genes are shared exclusively by all the Plants forming intracellular symbiosis, and they lost their ability to form symbiotic relationships if these genes were absent in them.

According to Dr. Guru Radhakrishnan, a BBSRC Discovery Fellow at the John Innes Centre and the lead author, this study demonstrated that the diverse types of intracellular symbiosis which Plants can form with different symbiotic partners were built on top of a certain conserved genetic program.

This study was conducted as part of the Engineering Nitrogen Symbiosis for Africa (ENSA), which is an international collaboration intending at transferring naturally occurring symbiosis to cereal crops to restrain the use of chemical fertilizers and improve yield in small-holder farms of sub-Saharan African countries where access to these fertilizers is limited.

Genetic features in Plants, animals, and microbes tend to be preserved and repurposed through evolutionary history. Discovering these pathways are allowing scientists to deeply understand the origin and mechanisms of symbiosis which could lead to a broader understanding of how nature works and possibly the ‘design’ of existence.