Effect of the Holy Medicine in healing cancer 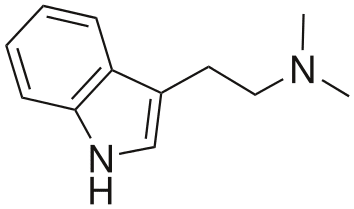 After discovering the Holy Medicine in the Western world, many research and studies have been done to reveal the mystery of this entheogenic Holy Medicine. The more the researches conduction, the more mysteries are uncovered, which only revealed that scientists must overcome common misconceptions about shamanism and clearly exposed a necessity to engage with the healers and Shamans more open-mindedly to foster communication and improve common research projects.

Reports of Healing Cancer by the Holy Medicine

There have been many Oral reports locally and from many places around the world about the Holy Medicine healing people with cancer, which is common among the communities which organise Sacred Ceremonies where the Holy Medicine is consumed regularly. Written reports with clinical data and details are scarce. There are at least nine published reports of cancer patients who treated themselves with the Holy Medicine during their treatment. Three of these cases exhibited improvements, as measured by the PSA (Prostate-specific Antigen) or the CEA (Carcinoembryonic Antigen) level. According to some of these published reports, the patients felt well and healthy and survived longer than initially predicted by their doctors.

The Holy Medicine and main effects of active principles regarding cancer

The two most common ingredients of the Holy Medicine are the Holy Banisteriopsis Caapi Vine and Leaves from the Holy Psychotria Viridis Plant. The leaves of the Holy Psychotria Viridis contains DMT, and the Holy Banisteriopsis Caapi Vine contains β-carbolines such as harmaline, harmine, and tetrahydroharmine. These alkaloids received their name from the Peganum Harmala plant, also known as Syrian Rue, used to treat cancer from ancient times.

DMT is a simple molecule found throughout the plant and animal kingdoms. It is found in human blood and cerebrospinal fluid, and its formation has been estimated to occur in the adrenal and lung. It was recently revealed that DMT binds to the sigma-1 receptor, which provides new opportunities for understanding how the Holy Medicine may produce its marked effects on the body and mind and the role of endogenous DMT and how the Holy Medicine may have affect on cancer.

The human sigma-1 receptor has been cloned and shows no homology with other mammalian proteins. Single-photon emission tomography (SPET) analysis in humans revealed that these receptors are present in organs such as the lung and liver and most concentrated in the brain. Sigma-1 receptor activity has been implicated in various diseases, including cancer, depression, and anxiety. Sigma-1 receptors are found in high densities in many human cancer cell lines, including lung, prostate, colon, ovaries, breast, and brain; thus, sigma ligands are regarded as potential novel antineoplastic (anti-tumour) tools.

DMT binds sigma-1 receptors with moderate affinity and, at high concentrations, can also inhibit voltage-gated sodium channels. Thus, DMT may exert two types of effects through sigma-1 receptors: at low concentrations, it regulates calcium flow from the ER to the mitochondria, whereas at higher concentrations, it exerts diverse effects at the plasma membrane region. The effect on calcium influx into the mitochondria may be extremely important for cancer treatment, given that an energetic imbalance between excessive cytosolic aerobic glycolysis and reduced mitochondrial oxidative phosphorylation was recently suggested as the seventh hallmark of cancer. This metabolic profile of cancer cells is accompanied by a hyperpolarization of the mitochondrial membrane potential that may be reduced by the calcium influx triggered by DMT binding to the sigma-1 receptor at the MAM (mitochondria-associated ER membrane). This effect may facilitate the electrochemical processes at the electron transport chain inside the mitochondria, thus increasing the production of reactive oxygen species (ROS) and leading these cells to apoptotic pathways. When high DMT concentrations induce sigma-1 receptor translocation to the plasma membrane, many cellular effects will occur due to the receptor’s interaction with different ion channels. At high concentrations of DMT, a calcium influx and mitochondrial membrane depolarization might be enough to activate the permeability transition pore (PTP), inducing mitochondria swelling, rupture, and apoptosis.

In addition to allowing DMT to affect cancer tissues and cells, β-carbolines may have other important roles. It was recently demonstrated that harmine activates pathways of apoptosis in B16F-10 melanoma cells. It inhibits tumor-specific neo-vessel formation, both in vitro and in vivo in mice, through a series of mechanisms involving decreased serum levels of pro-angiogenic factors and an increase in antitumor factors and displays an inhibitory effect on cell proliferation against human carcinoma cells. Harmine and harmaline were also shown to reduce cell proliferation in the human leukemia cell line HL60. Harmine was also shown to induce apoptosis in the human hepatocellular carcinoma cell line HepG2.

Physiological effects of human consumption of the Holy Medicine

Psychological effects of the Holy Medicine

The Holy Medicine has very powerful psychological effects, generally described as Psychedelic effects. These experiences, in general, and with the Holy Medicine, evoke powerful subjective perceptions and feelings, which are usually termed “hallucinogenic” in the medical and scientific literature but held in high regard by ancient cultures which consider these experiences as Sacred.

The original model proposed by Simonton et al. and some of the other authors focuses on specific psychological interventions to evaluate beliefs and attitudes and minimize distress, emotional pain, depression, and anxiety, thus aiming to improve the quality of life. Issues such as hope, purpose, and spiritual beliefs are considered, resembling the set and setting approach of responsible and informed Psychedelic science, and some carefully organised Sacred Ceremonies for Healing by consuming the Holy Medicine. This holistic approach to treat cancer is also in agreement with the proposition that therapeutics with the Holy Medicine work in three domains: psychological, spiritual, and organic.

According to these authors, the Holy Medicine “is a disinhibitor of energy blockages perceived as thoughts at a mental level, as feelings at an emotional level, and as symptoms at the physical body.” Even the spiritual experience, a more controversial topic from a Western scientific point of view, has recently been shown to be regularly, safely, and reproducibly induced by another Psychedelic tryptamine known as “Psilocybin”, which is structurally similar to DMT. In fact, DMT was shown to trigger powerful spiritual experiences when injected in normal volunteers, and psilocybin was recently shown to effectively treat anxiety in advanced-stage cancer patients. Therefore, a holistic approach to cancer treatment which includes the Sacred Ceremony or Religious Sacramental role of the Holy Medicine may help not only to treat the organic aspects of cancer but also to treat anxiety, depression, and associated psychological conditions and to improve the patient’s quality of life, survival time, and, ultimately, their quality of death and dying.

Besides, the therapeutic effects of the Holy Medicine on terminally ill patients is also of paramount importance in regards to provide a higher quality of life for human beings. There are a number of Startups who are researching to offer pills and medicine which may potentially mimic the positive effects of the Holy Medicine, and which can be made available for the mass people.