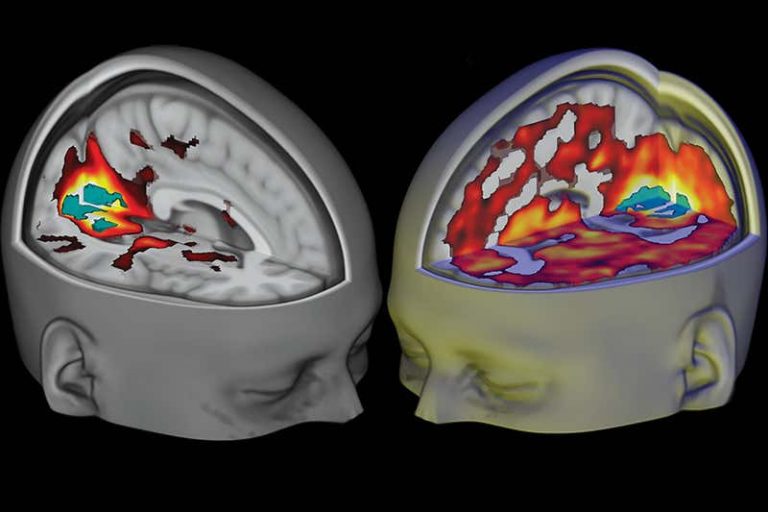 The Holy and Divine Mother Ayahuasca’s Medicine containing DMT has been used for thousands of years by the South American tribes. Communities from other parts of the world have combined other Holy Plant Medicines containing DMT in the past. But what effects do such Holy Medicines have on the brain?

The Holy and Divine Mother Ayahuasca’s Plant Medicine is generally mainly brewed by the combination of the Vine of Banisteriopsis Caapi, which contains Mono Amino Oxidase Inhibitor (MAOI), and leaves of the Psychotria Viridis, which contain N,N-Dimethyl-Tryptamine. Normally, when taken orally, DMT does not enter the bloodstream as gut enzymes deactivate it; but when taken in combination of the MAOI, the DMT is able to enter the bloodstream and thereby eventually overcome the blood-brain barrier.

Experienced Shamans often dedicate days and nights to brew the Holy Plant Medicine which is a gift of the Holy and Divine Mother Ayahuasca when they use various traditional preparation methods and rituals. The prepared brew is drunk under supervision of experienced Shaman(s).

After taking the Holy Medicinal Brew the drinker often go through violent or light vomiting, and even diarrhea, even for experienced drinkers.

After the initial purging (vomiting), generally after half an hour later, the participant goes through a prolonged psychedelic experience which can last for four to six hours and which can be joyful, traumatic, healing, or all three in altered states of consciousness, which can range from slightly stimulating to extremely visual.

Usually, the experience after taking the Divine and Holy Mother Ayahuasca’s Plant Medicine can lasts several hours and often forces one to confront their darkest vices and fears which often has a healing effect as reported by many. The experience enables individuals to discover the cause of their depression or illness and allows them to choose to hold on or let go.

The hallucinations are reported to be very different from LSD or Mushrooms, and often report of an ultra-real reality.

Effect on the brain

The Holy Plant Medicine hyperactivates the highly evolved neocortex, amygdala, and the insula – all three unique regions of the brain which make humans human. The neocortex is where all logical decision making takes place, the amygdala stores significant and emotional memories, and the insula is where emotion and feelings are generated from.

Through the hyperactivation of the regions which process emotional memory – often recalling long-forgotten memories and often from pasts not of this lifetime – the neocortex consciously accesses old memories and during that process often overrides old negative feelings about such memory, as a result, healing any trauma related to any such memories.

As fMRI brain scans revealed, DMT also decreased the activity in the brain’s Default Mode Network (DMN), which if overactive, causes depression, social phobia, and anxiety. This decrease in activity in Default Mode Network is similar to the state of mind which is achieved by meditators and is possibly the reason that DMT drinkers feel peaceful within themselves and achieve a sense of oneness with a renewed sense of purpose after their experiences.

Long-term benefits to the body

The Holy and Divine Mother Ayahuasca’s Plant Medicine is known to bring numerous healing effects and experience is often described as being “life-altering” and “100 hours of therapy in one night.” People claimed that the use of such Holy Plant Medicines have helped cure them from additions, PTSD, depression and even cancer.

Scientists found link between DMT and proteins which promote and maintain long-term memory, regeneration of neurons and neural plasticity. DMT has been found to be able to bind to specific receptors of the mitochondria and endoplasmic reticula, and may possess the potential to kill certain cancerous cells.

Banisteriopsis Caapi vine has shown to be able to induce apoptosis in melanoma cells in mice as well as certain liver cancer cells in humans, which holds tremendous possibilities for cancer research in the future. As DMT does not create any tolerance unlike other drugs, the users are not required to take more DMT to receive same result as they did the first time.