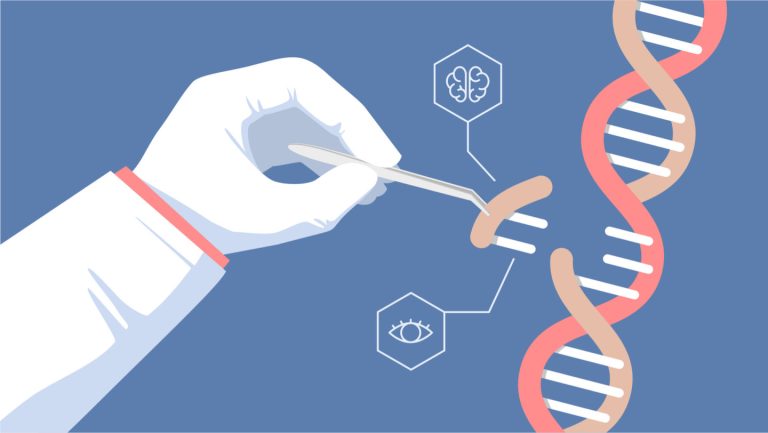 When genetically modified foods were first appearing in the market, many organic advocates claimed that Genetically Modified (GM) crops are harmful to human health, farmers who work with them, and the environment. On the other hand, scientists and biotechnology advocates argued that genetically modified crops are safe because they reduce the usages of insecticides and allow farmers in developing countries to produce enough food to feed themselves and others.

Now, as it comes to the latest Gene Editing (GE) technologies like CRISPR, the general population has started to ask questions like if gene editing crops are just Genetically Modified Organism (GMO) 2.0 or a helpful new tool; to speed up the Plant breeding process?

This year in July, the European Union’s Court of Justice ordered that crops produced with CRISPR will be labelled as genetically modified or engineered. Meanwhile, in the U.S., the regulatory system is forming distinctions between genetic modification and specific uses of genome editing.

As with any ground-breaking technology, high hopes and far-reaching fears always come within one package. So, genome editing also comes with promising potentials as well as major risks too. The treatment or prevention of serious diseases, which are barely medically controllable, might become possible with genome editing.

But there are also broad concerns that human embryos could become designable according to the preferences of parents. Scientists have raised questions about the ethical use of gene editing technologies. According to scientists, gene-editing technology is going to offer a possibility where people can confidently consider gene-edited foods as natural.

Advocates of genome editing argue that altering an organism’s genetic sequence or genome without introducing genes from other species can sidestep most of the difficult ethical and regulatory challenges. Some even argue that these gene-edited foods are natural enough to count as organic.

Plant breeding uses principles from a variety of sciences to improve the genetic potential of Plants. The process involves combining parental Plants to obtain the next generation with the best characteristics. Based on performance data, ancestry, and more sophisticated genetic information, breeders improve Plants by selecting those with the greatest potential. Plants are improved for food, shelter, feed, fibre, fuel, landscaping, ecosystems services, and a variety of other human activities.

Many argue that gene editing is a new sneaky way to trick the public into consuming genetically modified foods. It is at the same time tempting and easy to put gene-editing technology and gene modification into the same bucket.

According to experts, even “genetic modification” and “gene editing or CRISPR” are too broad to convey what is happening on the genetic level, so it is important to understand these terms more clearly.

In one type of genetic modification, a gene from an unrelated organism can be introduced into a Plant’s gene sequence. For example, much of the eggplant grown in Bangladesh incorporates a gene from a common bacterium. This gene makes a protein called Bt that is harmful to insects. By putting that gene inside the eggplant’s DNA, the Plant itself becomes lethal to eggplant-eating insects and decreases the need for insecticides. Bt is safe for humans.

Another type of genetic modification can move a gene from one variety of Plant species into another variety of that same species. For example, researchers identified a gene in wild apple Trees that make them resistant to fire blight. They moved that gene into the “Gala Galaxy” apple to make it resistant to disease. However, this new apple variety has not been commercialized.

Scientists are unable to point out where in the genome a gene is inserted with traditional genetic modification, although they use DNA sequencing to identify the location after the insertion process. On the other hand, gene editing or CRISPR is a tool of precision which enables scientists to find a specific spot in the genome and cut both strands of DNA at that location.

Because cut-DNA is problematic for cells, it quickly deploys a repair team to mend the break. There are two pathways for repairing the DNA. In one, “CRISPR for modification,” a new gene can be inserted to link the cut ends together. In “CRISPR for mutation,” the cell’s repair team tries to glue the cut DNA strands back together again. Scientists can direct this repair team to change a few DNA units, or base pairs, at the site that was cut, creating a small DNA change called a mutation. This technique can be used to tweak the gene’s behaviour inside the Plant. It can also be used to silence genes inside the Plant that, for example, are detrimental to Plant survival, like a gene that increases susceptibility to fungal infections.

Mutation breeding is also a type of biotechnology that is already used in organic food production for many years. In mutation breeding, chemicals or radiation are used to randomly make mutations in the DNA of hundreds or thousands of seeds which are then grown in the field. Breeders scan fields for Plants with a desired trait, such as disease resistance or increased yield. Thousands of new crop varieties have been created and commercialized through this process, including everything from quinoa to grapefruit varieties. Mutation breeding is considered a traditional breeding technique and thus is not an “excluded method” for organic farming in the United States.

Based on these differences, many experts think CRISPR for mutation is more similar to mutation breeding than to genetic modification. It creates similar end products as mutation breeding but removes the randomness. It does not introduce new DNA. It is a controlled and predictable technique for generating helpful new Plant varieties capable of resisting disease or overcoming adverse environmental conditions.

While this new genome editing technology could be used to increase animal welfare, genome editing can also contribute to the instrumentalization of animals for human interests in problematic ways. Interventions in ecosystems through genome editing could serve their flourishing and those of the people and animals living in them, just as they can have profound negative systemic consequences.

Many experts in this field think all of this urgently requires ethical reflection, debate, and assessment in order to shape the application of the technology and to develop governance in a way that is in accordance with fundamental rights and freedoms as well as basic beliefs regarding how humanity should treat human and non-human living beings and the environment.