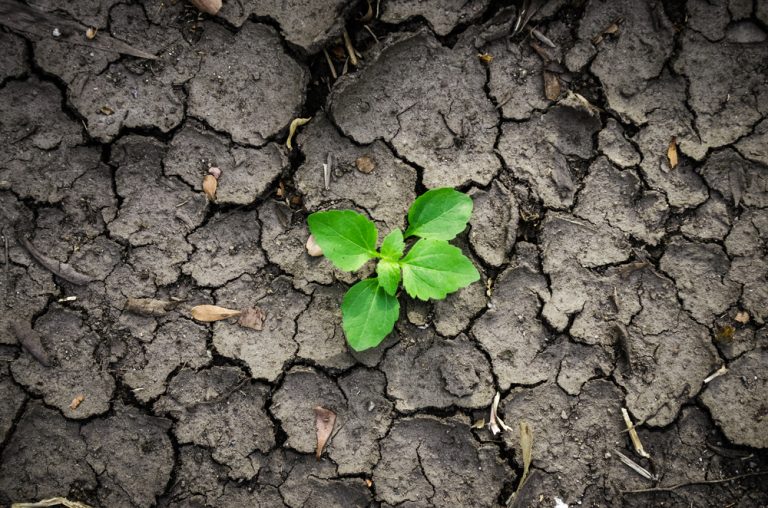 From microscopic to macroscopic, every organism on Planet Earth is facing the challenge of adapting to the changes of climate change. Many species of Plants and animals are already on the edge of becoming extinct. One of the most significant effects of climate change that is creating major stress in most organisms is the rising temperatures which increase droughts. Especially due to low precipitation, warmer temperatures are drying out the soil. Dry soil kills Plants that yield more dry soil, and this is how droughts begin to spread. According to scientists, the effects of drought do not stop at killing Plants only but also some species of Fungi suffer as well.

Fungi are the most dominant organisms of the microscopic organisms communities which live underground. According to the experts, Fungi represent an average of 55%-89% of all microbes in many soil communities. Over 90% of land Plants are dependent on the symbiotic relationship with Fungi.

If the Plants are dying due to droughts, how are the largest living organisms on Planet – the Fungi- coping with such? As Fungi are the basis of all life forms on Planet Earth, and their presence strongly impacts the ecosystem they created for billions of years, how they respond to drought is an essential question which the scientific world needs to answer.

Up until now, scientists certainly know that other immobile organisms, like Plants, can handle drought by stress priming. This process, according to scientists, is the experience and memory of environmental stimuli which indicate future stress and can prepare (prime) organismic stress responses even in species lacking a nervous system.

In other words, stress priming is a phenomenon which enables an organism to respond better to future extreme stresses like facing excessive clod or unknown pathogen attacks. Previously researchers observed that stress priming could support them with ten times better survival rates in some microbes.

For many years Plants have been researched widely for their ability to stress prime for drought; however, there is not enough research on Plants’ symbiotic partner – the Fungi.

Recently a pair of researchers at Germany’s University of Bayreuth had been investigating if filamentous Fungi (Fungi growing in long, thin strands) have the ability to stress prime for drought. They investigated two different species of Fungi which are found all over the soil as models— Penicillium Chrysogenum (a source of penicillin) and Neurospora Crassa, a bread mold.

To prime the Fungi, the researchers exposed them to a mild simulated drought by letting the soil dry out where they grew in and eventually allowed them to recover. Then the researchers hit them again with another more severe drought than the previous one. They measured the growth and activity of the Fungi and compared those that were primed before the severe drought stress to other Fungi that were not.

They found Penicillium was able to stress prime and maintain their “primed” state for at least seven days. Neurospora showed no ability to stress prime. But they observed that stress priming comes with a cost. They demonstrated that Fungi which were primed while exposed to severe drought, grew less than Fungi that were not exposed to drought at all. The researchers further explained that this is because stress priming used resources that could otherwise be used for growth, a well-known concept that was seen in previous studies. This indicates that the frequency, intensity, and time frame between drought events could favor some specific species of Fungi over others, causing a shift in fungal community composition in the soil.

The author of the study pointed out that the filamentous Fungi that stress prime would most likely have a competitive edge in an environment where there is a shorter time lapse between droughts. Non-stress primers, however, could have an advantage in environments with longer time spans between drought stresses because stress priming wastes resources for a memory that may not last long enough to benefit them.

From previous studies now it is evident that changes in the growth, activity, or composition of the Fungi community could thus have a rippling effect on an ecosystem. They could also have negative impacts on the overall climate. For example, these changes could disrupt the ability of Fungi to store carbon in the soil. Soil contains over three times more carbon than the atmosphere and four times the amount in all living Plants and animals, and Fungi are a critical part of that.

This year, in another study to understand how Fungi respond to climate change, researchers from the University of California, Irvine, tested for shifts among essential Fungi traits like resource acquisition, growth, and stress tolerance at different levels of water availability.

They demonstrated that Fungi traits are very resilient to changes in climate since no payment for drought stress was needed to maintain rates of growth or decomposition. The authors of the study exclaimed with surprise that they did not find evidence for any form of trade-offs. The research results suggest that drought stress may not change Fungi decomposing ability in Southern California. According to Dr. Charlotte Alster, lead researcher of the study, their results contrast the recently proposed growth Yield, resource Acquisition, Stress (YAS) tolerance framework, which posits that evolutionary and physiological trade-offs among traits would elicit negative relationships between these traits.