Genetic secret allowed Ferns to thrive in the shadow 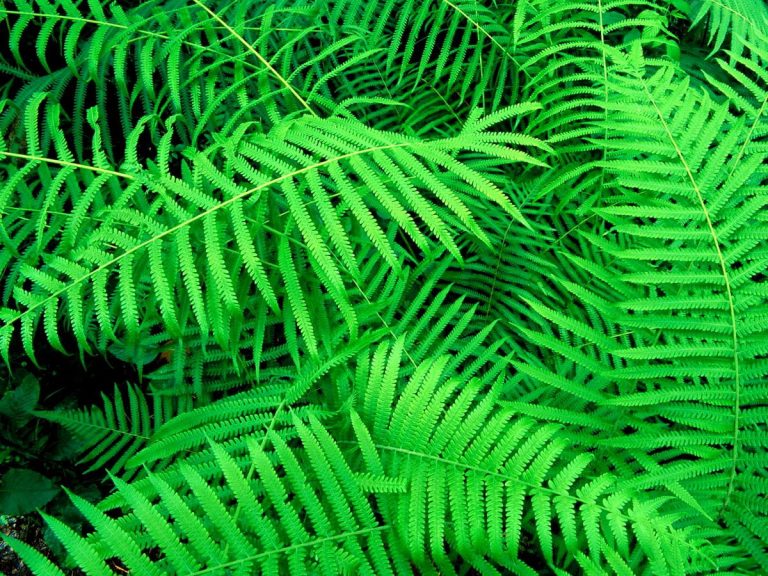 The more the scientific world is diving into the mystery of the evolution of Plantlife, the more it is discovering the secret of life, which is profoundly changing the previously held rudimentary beliefs about life on Planet Earth. Even a few years ago, many scientists thought Forest was the field of fierce competition, but recently many scientific discoveries on this subject are changing this belief, and people are starting to perceive Forest as a ‘Superorganism’.

But what about the Plants not having a complex root system to reach that resource-sharing network and mostly thriving on the Forest floor without being in direct touch of sunlight?

How Ferns became the master of shadow

Ferns are usually portrayed as relics of an earlier phase of Plant evolution. Though Ferns are now well-known for their shadow-dwelling habits, this was not always the case. Toward the end of the Cretaceous period, when dinosaurs ruled the Earth, flowering Plants took over as the predominant flora and created thick Forest canopies that left the ancestors of modern Ferns to wither in the shade.

According to the experts, life on the Forest floor is a mixed blessing. Sheltered from high temperatures and droughts, a higher humidity atmosphere can support understory vegetation that often overflows with life. However, this is a light-deprived world, cut off from the direct touch of sunlight save for passing flecks that make it through gaps in the canopy.

To be a Plant down here, the Plant has to make full use of these transient rays and dynamics, as well as the diffuse, dull, background light that remains after an interception by the dense leaves above. But the Ferns did not fade away, they adapted to the low conditions, and after many suspects and assumptions and much research on this matter, the researchers now believe that this was made possible only for a light-sensing protein called “neochrome”.

Typically light-sensing proteins help Plants locate their leaves towards the light. Most Plants with light-sensing proteins detect only blue light but neochrome equips Ferns to sense red light as well. That gives Ferns an advantage over fellow shade-dwellers because the leaf pigments in the canopy absorb most of the blue light so that predominantly red light reaches the Forest floor. Armed with neochrome, Ferns can orient their photosynthetic equipment towards this red light and absorb enough energy to thrive.

Origin of the gene of neochrome

For years, researchers have speculated that a gene called neochrome played a significant role in the evolution of Ferns. In 2014, a research team led by Duke University scientists pinpointed this gene’s unique origins and determined that it was transferred to Ferns from a group of reserved moss-like Plants called Hornworts.

According to Fay-Wei Li, a Ph.D. student in Duke’s biology department and the lead author of this study, neochrome is a hybrid of two other Plants’ genes that design photoreceptor proteins that sense red and blue light. Neochrome is a chimeric gene that provides Ferns a unique advantage in Forests shaded by flowering Plants.

When Li set about investigating the evolutionary history of the Ferns’ neochrome gene, he did not have much to go on. That changed when another international research team released a collection of 1,000 Plants’ genome data as part of the 1,000 Plants Project initiative. Li designed software to search the databases for genes with similar sequences to neochrome.

He found out that the origin of the genes of the neochrome was matched with the genomes of Hornworts—a damp-loving Plant group closely related to mosses. According to the research team, Hornworts are very distantly related to Ferns, so this discovery demanded an explanation. How did it happen?

To figure out how this happened, the research team came with three scenarios that could have explained how the same gene came to be shared by Hornworts and Ferns.

To sort out these scenarios, the team looked not only at how all of their light-sensitive genes were related but also at the evolutionary relationships between land Plants and algae.

Hornworts and Ferns diverged in evolution 400 million years ago. If neochrome came from a common ancestor, it would have been passed on to many other Plant families too. But then it had to have been lost in all but the Ferns since it cannot be observed in any other seed Plants. The analysis also did not encourage the idea that an unusual gene like neochrome evolved independently in both Ferns and Hornworts.

To their surprise, the research team found strong evidence that the Fern version of neochrome descended from the Hornwort version. By studying sequence changes in the gene’s various spellings, they constructed a family tree of light-sensitive genes, in which Fern neochrome “nested” neatly within the Hornwort lineage. The analysis also showed that the gene versions separated about 179 million years ago.

Only the horizontal gene transfer mechanism could explain how the gene leaped from Hornworts to Ferns so long after the lineages themselves diverged. But researchers have only just begun to explore how this occurs in Plants as this is very rarely observed in Plantlife. Recently, scientists are actually starting to see more and more incidence of horizontal gene transfer in Plants, but there is no specific answer as to what mediates it.

According to Kathleen Pryer, professor of biology and an authority on Ferns, gametophytes—the Fern form that produces sex cells, are promiscuous individual little Plants. Usually, they have no protective layer on top with no cuticle. She further explained that a gametophyte is also a really compact structure with sex organs that are right there, enabling them to be in lots of contact with other Plants competing for light and space.

Easy access to Fern’s eggs and sperm could mean foreign genetic material — like the gene neochrome — might easily be passed on to the subsequent generation. However, the transfer of neochrome seems to have happened at just the right moment in Ferns’ evolutionary history that allowed the expansion of the Fern lineage in the shade of flowering Plants.

In horizontal gene transfer, when genetic material passes between individuals via some method other than fertilization, it has been observed to influence Plant evolution at various levels, including sharing of beneficial genes, but the movement of entire genomes is very rare and still not well-understood.

Li is currently investigating other horizontally transferred Fern genes to see if neochrome is exceptional or just part of a general pattern. And he’s also studying neochrome in Hornworts to observe what the gene does in its original owners.