Hemp helping to extract toxic “forever chemicals” from the soil 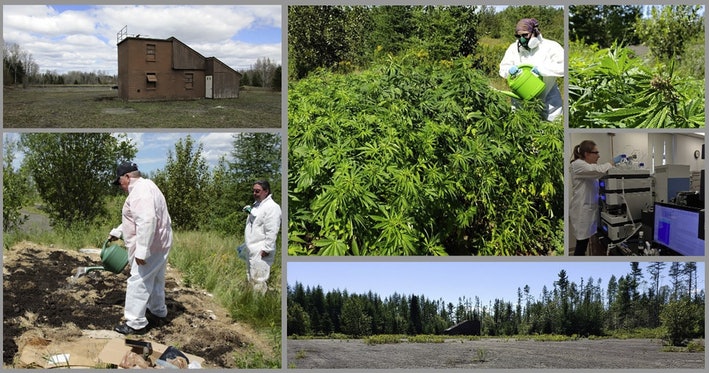 Botanically, Hemp and Marijuana are from the same species of Plant, Cannabis Sativa, but different, as both of the Plants have been produced in cultivation by selective breeding. However, Hemp and Marijuana are genetically distinct forms of Cannabis that are identified by their chemical composition and use as well as by differing cultivation practices. While Marijuana generally refers to the cultivated Plant used as a psychotropic substance, Hemp is cultivated for use in the production of an extensive range of products, including foods and beverages, nutritional supplements, personal care products, paper, fabrics and textiles, construction materials, and other constructed and industrial goods.

According to U.S. law, Hemp and Marijuana also have separate statutory definitions. Despite these wide ranges of differences, growing Hemp has been restricted in the United States until recently. Typically Hemp is often overshadowed by Marijuana. However, recent research suggests that Hemp has an eco-friendly superpower; according to scientists, it can get rid of toxic “forever chemicals” out of the ground.

What is “forever chemical”?

“Forever chemicals” is a term used to identify a certain group of human-made chemicals called Per- and polyfluoroalkyl substances in short PFAS. These chemicals are utilized in a broad range of consumer and industrial products. Some PFAS have been more widely used and studied than others. Many PFAS are resistant to oil, grease, water, and heat.

The universality of products containing PFAS and their long lifespan has driven humanity to a situation where these chemicals are now everywhere; they are in the drinking water, soils, and even human bodies. This is problematic because “forever chemicals” can be toxic to humans at some levels and have been associated with human health issues ranging from cancer to fertility problems.

In 2018, members of an indigenous community of Canada’s eastern Maritime Provinces and parts of the northeastern United States known as the Aroostook band of the Micmac Nation reclaimed 800 acres of land in Maine from the U.S. government. The land was previously part of the Loring Air Force Base and had been used to train firefighters.

According to experts, firefighting foam contains PFAS, and an investigation conducted on the land by the U.S. Air Force in 2018 found concerning levels of forever chemicals in groundwater. In 2019, the community began working with environmental cleanup activist organization Upland Grassroots and scientists from the Connecticut Agricultural Experiment Station to examine the land and consult what could be done to decontaminate it.

In July this year, the diverse team published a commentary reflecting on their investigation and progress in the journal Cell Press. According to the authors, the initial result of the project is so far successful. The results suggest that using the phytoremediation process with fiber Hemp on a small field, the research team was able to remove a primary type of PFAS known as perfluorooctanesulfonic acid from the contaminated ground.

Phytoremediation or bioremediation is a process that uses various types of Plants to transfer, remove, stabilize, and destroy contaminants in the ground and groundwater. There are quite a few different types of phytoremediation mechanisms.

The Plants most used and studied in this process are Poplar Trees. The U.S. Air Force has already planted Poplar Trees to contain trichloroethylene (TCE) in groundwater. In Iowa, EPA demonstrated that Poplar Trees served as natural pumps to pull toxic herbicides, fertilizers, and pesticides out of the streams and groundwater. The U.S. Army Corps of Engineers have tested with the wetland Plants to destroy explosive compounds in the soil and groundwater.

Chelli Stanley, a member of Upland Grassroots, which is directly working with this project, stated in the published commentary that Hemp is versatile in extracting many different kinds of chemicals from the ground, which has been demonstrated in much previous research. According to Sara L. Nason, one of the lead researchers of this project and a scientist affiliated with the Connecticut Agricultural Experiment Station, phytoremediation with Hemp has been previously used for extracting other types of soil contaminants, especially toxic metals. Hemp has been grown in other sites with drastic amounts of environmental contaminants like Chernobyl. She further stressed that little research had been conducted on Hemp’s ability to extract PFAS from the ground.

Through this diversified collaboration, the scientists were able to examine the ability of fiber Hemp to extract PFAS from the contaminated ground. Initially, they found concentrations of PFAS decreased in both Hemp growth and IN THE the plots Hemp were planted.

According to scientists, Hemp can grow quickly by extracting high water content from the ground, and those Plants that take in more water and nutrients also tend to extract larger amounts of contaminants. Though these findings have not yet been peer-reviewed, an initial research article was published in 2020 by Nason and colleagues describing the process of how to extract PFAS from the Loring Air Force base land.

According to the authors, the results are promising and have the potentiality to make Hemp Plants productive habitats again. But as the phytoremediation with Hemp is still in its early stages, scientists are facing some critical challenges. Among many other challenges, one challenge the scientists are still struggling with is the method of disposing of PFAS- contaminated Hemp.

Once in the Plants, PFAS do not naturally break down because of the strong molecular bonds the PFAS have. In this case, the contaminated Hemp has to be safely disposed of in order to prevent the PFAS contamination of the environment again. It is very difficult to break down PFAS by either incineration or compost. This is why the volunteers at the Loring Airforce site bring PFAS-contaminated Hemp to landfills to prevent the leakage of these toxic forever chemicals into the local community.

According to Nason, it is not an ideal solution, but at least it helps to get the PFAS out of the local land and keep them from spreading. She further remarked that it is still unclear whether they can turn the contaminated Hemp into other materials; as a 2018 Rolling Stone article on phytoremediation with Hemp stated, “farmers have been cleared to sell harvested Hemp fiber for industrial use” in Italy.

As there is a severe lack of research on this specific subject, scientists still do not know a lot about what happens with the PFAS once they enter the Plants and whether parts of the Plant might be reusable in products like fiber or building materials. Nason further expressed her expectation to explore this topic in the future.

The project is remarkable not only for its findings but for its unique approach of partnering scientists with passionate community members and activists. It also articulates the value of relying on the knowledge and passion of indigenous community members, who have a vested interest in preserving their land.