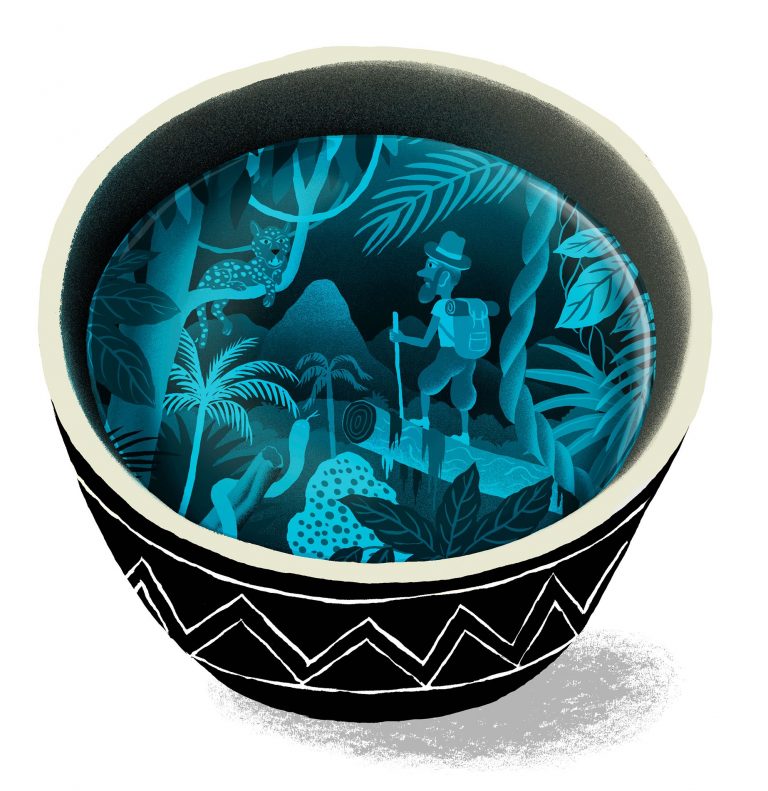 In the last decade, the popularity of the Holy and Divine Mother Ayahuasca seems to have been surging through the roof in the Western World.

Although the history of the experiences with the Holy and Divine Mother Ayahuasca is thousands of years old there seem to have been a recent introduction into the Western Society. Leanna Standish, of the University of Washington School of Medicine made an estimate for the New Yorker Magazine “on any given night in Manhattan, there are a hundred ayahuasca ‘circles’ going on.

One renowned guru of the self-help industry, Tim Ferris, informed that the Holy Medicine was everything in San Francisco, where he resided. “Ayahuasca is like having a cup of coffee here, I have to avoid people at parties because I don’t want to listen to their latest three-hour saga of kaleidoscopic colors.” He says sarcastically.

Richard Evans Schultes, a biologist from Harvard was the first American researcher to study the Holy Plant Medicines which allowed individuals to experience the Holy and Divine Mother Ayahuasca. Schultes pioneered the field of ethnobotany and was the co-author of the “Plants of the Gods” with Albert Hofmann, a Swiss Scientist who had discovered LSD.

Schultes had some adventurous journeys into the Amazon where he lived with various indigenous peoples, participated in the customs, spoke their language, while absorbing their vast knowledge which he was documenting extensively. He chronicled about 2000 plants and thanks to his research on the various plants used by the indigenous people, which are used by western medicine as relaxant.

Before Schultes exploration of the Amazons and his extensive research work the subject was almost completely unknown to Westerners beyond the Andes, strong rivers and the thick jungle. Although the whole journey of the jungle was very risky undertaking in terms of topography besides being foreign to local communities.

He is known to have said “I do not believe in hostile Indians… All that is required to bringt out their gentlemanliness is reciprocal gentlemanliness.”

With the Kofan community, in the Amazons, known as some of the most masterful Shamans of the Amazon region, Dr Schultes delved deeply into learning about the ritual use of the potent psychedelic Holy Plant by observing the Shamans who used the Holy Medicine for healing and divination through Sacred Ceremonies.

Schultes, who was invited to participate in many Sacred Ceremonies by the Amazonian communities, was the first explorer who had scientifically and taxonomically documented the preparation of the Holy Brew using the main ingredients, Banisteriopsis Caapi vine and the DMT-containing Psychotria Viridis leaves, which allowed meeting the Holy and Divine Mother Ayahuasca.

Schultes, who lived in the Amazons for about 13 years, continued his career at Harvard, remaining as curator and director of Harvard Botanical Museum, became editor of numerous botanical and Latic American cultural and medicinal periodicals, having written and co-written many books and academic articles in different languages which continued to inspire the next generations in Ethnobotany.

His famous followers who popularised the Holy Plant Medicines in the Western World in a significantly impactful way were brothers Terence McKenna and Dennis McKenna. Terence passed away in 2000 as a psychedelic folk hero by popularising Holy Plant Medicines and Holy Mushrooms through books, lectures and instructional cassette tapes. Dennis is a professor at University of Minnesota.

Especially from after the 1940’s, with the finding and introduction of the Holy Plant Medicines by researchers like Schultes visiting the Holy Amazonian Plains, recording and sharing their experiences and the wisdom they had acquired there, individuals such as brothers Terence and Dennis McKenna continued on the path and made the Holy Plant Medicines popular in the Western Cultures.

Schultes had also influenced writers who considered hallucinogens as gateways to self-discovery, such as Aldous Huxley, William Burroughs, Carlos Castaneda, Timothy Leary and many more.