How can Ego-Death from Psychedelics improve Mental Health conditions? 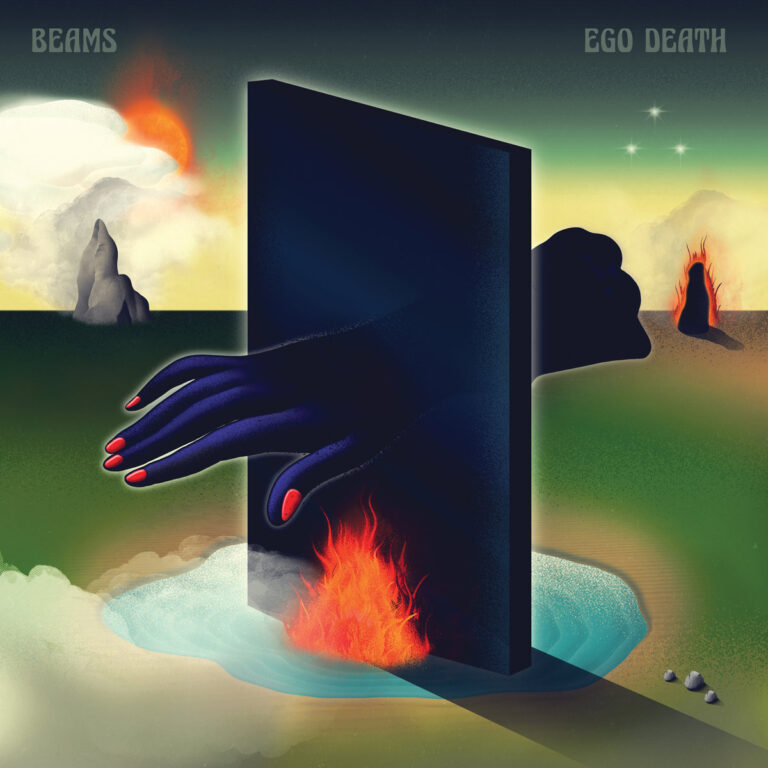 Who am I? Am I the result of what I have been accumulating throughout my life, like this body? Or the names? Or the roles I have been playing? The identities? Am I what I think I am? Or entirely something else that can not be named? These questions are the oldest ones humanity has faced, and still seeking the answers to. According to Maslow, the highest attainment of a person is self-actualisation, which is self-realization. The answer to this question has been given by many wise sages, rishis, sufis and philosophers, who seem to profess that such answer is only seems to be possible to understand through personal experience – and that is subjective – without which, the answers to these questions would have no meaning to someone else.

Similarly, experience with Psychedelic substances or Holy Plant-based Medicines which are Psychoactive are the same – which provides subjective experiences which can make one become devoid of sense of their ‘self’ – i.e. their ego. Imagine dislodging all understanding which you had about yourself, including your name, experiences, history, dreams, fears, failures, learnings – everything you hold onto as your identity. Who would you be without these attributes of your identity? What would remain of your ‘self’?

Throughout human history, in every religious literature, it is observable that death and spirituality are closely related to each other. In every literature, one aspect is common, and that is the cultivation of near-death experience. From Samadhi of Hinduism to Nirvana of Buddhism, to Mystical experiences of Christianity, even in indigenous spiritual practices, death is a state which we humans have to be familiar with to realize or experience the answers we seek. There are so many ways to experience this state of death; some cultures have invented specific breathing practices with rigorous meditation to tap into this state, some cultures practice bodily senses deprivation like fasting, or sleep deprivation, while some others consume Psychoactive Holy Plant-based Medicines to induce an experience of ‘death’ or a Near Death Experience.

Many who had experiences with Psychedelic substances have often described having experiences of ‘death’ or ‘dying’, or having an out of the body experience. It seems profound Psychedelic mystical-type experiences and the experience of death are bound by a single thread – if someone were to experience one, the other would fall into place.

What is the mechanism of ego?

In Sanskrit terms, Ahamkara is referred to as the ‘ego’. The term Ahamkara comes from an approximately 3,000 year-old Vedic philosophy, where ‘Aham’ means “I” or “Self” and the ‘Kara’ means “to do with” or “created thing”. According to the Vedic wisdom, Ahamkara is one of the four parts of the Antahkarana (an inner mechanism). The other three parts are Buddhi (intelligence), Citta (feelings), and Manas (mind).

According to Vedic sages, to have an understanding of this term is to have a powerful tool for understanding the nature and behaviour of ourselves and of others. In other words, Ahaṃkara is the instrument of Ahaṃ, the Spirit, or the Soul, the principle of individuation, acting as an independent conscious entity.

In Latin, “ego” means “I”, which encompasses what is known and experienced by the individual which is considered as his/her identity.  The ‘ego’ influences processes or reactions of  “I,” “me,” or “mine”, thus, it is understandable that Psychedelic Substances causing perceptual changes alters the ego, and questions, challenges, and often changes one’s sense of ‘self’.

What is the concept of ego dissolution or ego death, and how does it relate to Psychedelic?

Sometimes the sheer depth of a Psychedelic experience often leaves consumers struggling to describe it and coming up short. Terms that are often used, such as “ego death,” can sound obscure to those who have not had such experience, so it may be useful to unpack what they really mean.

Ego death, also called ego loss, ego dissolution, or ego disintegration is a common experience in a Psychedelic journey. Ego death can be perceived by imagining the ego as water enclosed within a boundary of a pool; Psychedelic substances can temporarily dissolve the container, blurring the separation between the water inside the boundary and with what is outside. When the boundaries of the ego are dissolved, consumers describe the experience as dissolution of ‘self’, or sometimes death.

In a series of recent studies, scientists showed that the claustrum is one of the multiple brain regions that are rich in serotonin 2A receptors and organizes brain activity. Last year cognitive neuroscientist Frederick Barrett and his colleagues at the Johns Hopkins Center for Psychedelic and Consciousness Research examined how exactly another naturally occurring Psychedelic compound, Psilocybin, affects neural activity in the claustrum.

Their breakthrough study in this field used real-time brain scans of humans to show that Psilocybin reduces activity in the claustrum region by up to 30%. This significant reduction leads to people’s subjective feelings of ‘ego dissolution’, which enable them to unify with their surrounding environment while under the influence of Psilocybin. The researchers observed that the less active the claustrum, the stronger the Psychedelic effect was; this includes the mystical-type and emotional experiences. The authors of the study mentioned that their work supports a possible role of the claustrum in the subjective and therapeutic effects of Psilocybin.

Meditation and yoga are practices often used to detach from and diminish the ego and enhance well-being. Psychedelic substances and Psychoactive Holy Plant-based Holy Medicine are another ‘way’ for achieving ego dissolution and feeling more connected to others and the world around, which has been consumed for many millennia all across the world.

After the dissolution of the ego, the self which is experienced is detached from everything, yet unified with everything. Experiencing such states of consciousness provides a ‘realisation’ of oneness with everything, which provides a certain feeling of liberation and empowerment. An overly rigid sense of self within a certain boundary can be crippling, which can limit life experiences and create unhealthy thoughts and behaviour patterns, addictions, and mental diseases, such as depression and anxiety. Research showed that such mental diseases are linked to overactivity in the claustrum regions, which creates the sense of the ego. Although the idea of losing one’s sense of self can feel terrifying, research suggests that part of the therapeutic promise of Psychedelic substances may lie in their ability to dissolve the ego temporarily, enabling one to experience the world through fresh eyes and gain new perspectives on life.

There is an old spiritual saying that to learn how to truly live, you must die before you die. On a plaque in Saint Paul’s monastery at Mount Athos in Greece is inscribed “If you die before you die, you won’t die when you die”. As daunting as that may seem, a temporary loss of the ego may help to unlock a new improved understanding, which can then be integrated into daily life.

Abnormalities related to the self or ego were to be blamed for diverse mental health conditions. Depression and anxiety, for example, are characterized by an increase in self-focus and an inability to stop obsessive, self-referential thinking patterns. Other mental illnesses, such as schizophrenia, also showed patterns of abnormal default mode network activity. The ability of Psychedelic substances to suppress the default mode network has been linked to positive therapeutic repercussions for individuals with mental illnesses.

There is also evidence that those who do not have mental illnesses may benefit from such an experience from Psychedelic substances or Holy Plant-based Medicines. For example, in a 2016 study with 691 participants, subjects reported that their experiences with Psychedelic substances had left a positive and lasting impact on their well-being which positively correlated with the degree of ego dissolution they had experienced.