How Plant roots developed over 400 million years ago 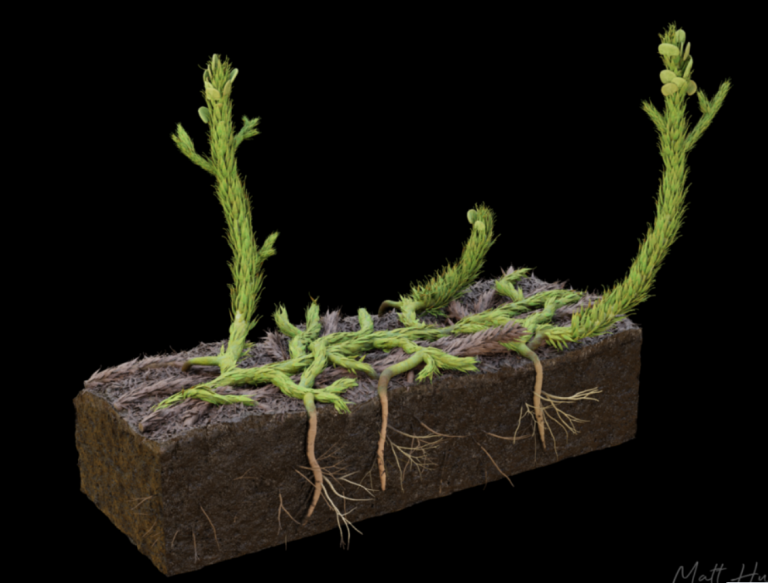 A Plant fossil from a geological formation in Scotland sheds light on the development of the earliest known form of roots. This precious geological formation known as Rhynie chert was discovered a century ago. Rhynie is a village in Aberdeenshire, Scotland. The Rhynie chert contains exceptionally well-preserved Plant, Fungus, Lichen and animal material preserved in place by an overlying volcanic deposit.

This fossil bed is remarkable for two reasons. Firstly, this site is evidence of the Early Devonian period, about 410 million years ago. This is the early stage in the colonization of land, when the free-sporing vascular Plants began to spread across dry land, forming extensive Forests which eventually covered the continents. Secondly, these cherts are famous for their exceptional state of ultrastructural preservation, with individual cell walls easily visible in polished specimens.

A team led by researchers at GMI – the Gregor Mendel Institute of Molecular Plant Biology of the Austrian Academy of Sciences -, the University of Oxford, and the University of Edinburgh made the first 3D reconstruction of a Devonian Plant Asteroxylon Mackiei. This reconstruction is based on exclusively fossil evidence. The findings demonstrate that the appearance of different axis types at branching points resulted in the evolution-complexity soon after land-based Plants evolved over 400 million years ago.

According to scientists, the Early Devonian period is a key era to understand the evolution of Plants roots, and this is the period when the earliest form of Plants roots developed. The first significant adaptive radiation of life on dry land occurred during this period. Based on the evidence scientists assume that during this period free-sporing vascular Plants began to spread across dry land. By the middle of the Devonian, several groups of Plants had evolved leaves and true roots, and by the end of this period the first seed-bearing Plants had appeared. Various terrestrial arthropods also became well-established during this period.

According to the experts, during this period the evolution of Plants from simple stems to more complex forms with roots had a dramatic impact on the Planet. Plant roots reduced atmospheric carbon dioxide levels, stabilized the soil and revolutionized water circulation across the surfaces of continents, which slowly enabled the life thriving environment across the world.

In their latest research, Alexander J Hetherington of the Department of Plant Sciences, University of Oxford, and his colleagues reconstructed the first evidence-based 3D model of the fossil Asteroxylon Makiei. This reconstruction is of the most structurally complex Plant from the Rhynie chert, demonstrating how roots and other axes developed in this ancient Plant.

To discover the structure and deduce the development of the Lycopsid, A. mackiei, the research team produced a series of 31 consecutive thick sections through a block of Rhynie chert that preserved a branched network of connected A. mackiei axes on the site. Using images of these thick sections, they digitally reconstructed the A. mackiei Plant in a volume of 4.8 cm in length, 3.5 cm in width, and 2.8 cm in height. According to the authors of the study, up until now, this is the largest evidence-based reconstruction for any Rhynie chert Plant.

The extinct genus Asteroxylon belongs to the group of Plants called the Lycophytes, a class that also comprises living representatives such as Isoetes, commonly known as the Quillworts, and Selaginella. The reconstruction has enabled researchers, for the first time, to extract both anatomical and developmental information of this mysterious fossil. This reconstruction is significant because previous interpretations of the structure of this fossil Plant were based to a large extent on comparisons of fragmentary images with currently existing Plants.

However, this latest reconstruction demonstrated that these Plants had developed roots entirely differently from currently existing Plants on earth and how they develop their roots today. According to the experts, the rooting axes of A. mackiei are the earliest known types of Plant roots on planet earth.

According to Liam Dolan, co-corresponding author of the study and the GMI group leader, the rooting axes of A. mackiei holds a key position for interpreting and understanding the origin of roots in Lycopsids because they were transitional between the ancestral rootless state and the derived state characterized by true roots with caps as found in the currently living Lycopsids. And by this reconstruction, now the scientists know how they formed.

The first roots developed when a shoot-like axis formed a fork where one prong maintained its shoot identity and the second one gradually developed root identity. According to the author, this branching mechanism is called “dichotomous branching” and is currently known in living Plants within tissues that share a structural identity. However, according to Dolan, no roots develop in this mechanism presently in any living Plants, demonstrating that this mechanism of root formation is now extinct.

According to the researchers, this new reconstruction enables interpretation of these rooting axes and comparison with the rooting axes variously called roots, root-like axes, or rootlets in other members of the Drepanophycales (an order of extinct Lycopsid Plants of the Late Silurian to Late Devonian age).

Alexander J. Hetherington, the lead author of the study, states that these findings demonstrate how an extinct rooting system developed during the evolution of the first complex land-based Plant which changed the environment and climate of Planet Earth. He further explained that at the root of the environmental and ecological impact of Plant evolution are the Plant’s roots.

Hetherington also highlighted how his research was enabled by fossils collected by generations of palaeontologists housed in many different museums and universities. He commented on how the answers to so many of the key questions of evolution are lying on the shelves in these institutions, waiting to be discovered.