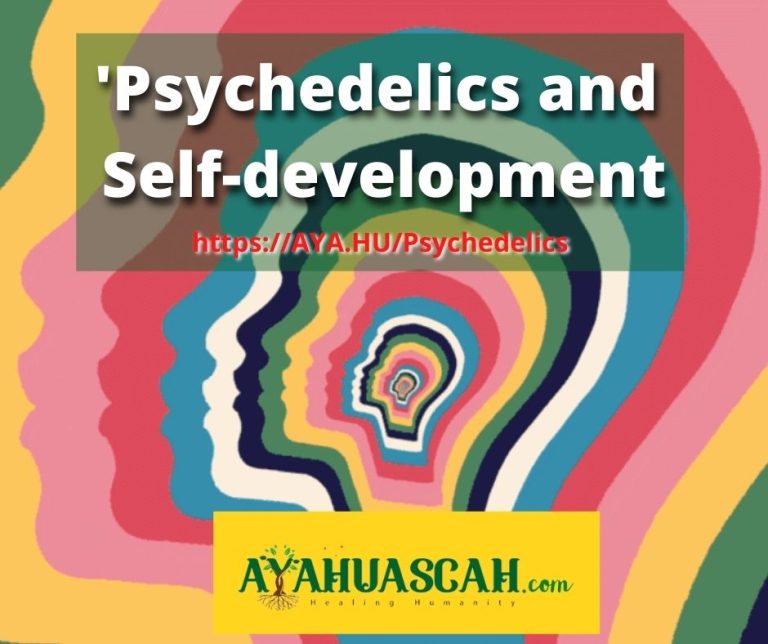 The current Psychedelic research and the cultural boom are taking place for a lot of reasons. Psychedelic substances like Psilocybin and LSD are being acknowledged and praised for having a breadth of potential medical applications. On the other hand, more people are also starting to recognize the tremendous potential of Psychedelic substances for personal growth and development. While this new public interest in Psychedelics seems fairly recent, self-help and personal growth movements have been developing gradually over the past century or so.

Long before this, various ancient civilizations all over the world holistically consumed naturally occurring Psychedelic substances to improve cognitive abilities and other aspects of the mind.

Based on numerous research it is now evident that Psychedelic substances are great agents of transformation, helping consumers to deal with mental health issues, shedding light onto their insecurities and internal conflicts, mediating a discussion or even a partnership with the subconscious, leading them towards the path of self-development.

Psychedelics in the journey of self-development

Unseating the deepest assumptions of the consumers, Psychedelics can lead them to be aware of and question the most rigid of habits and biases.

According to researchers, Psychedelic experiences dissolve the ego and open up a profound feeling of pure love and unity. Numerous consumers report that during their Psychedelic journey, they ‘experience’ the spiritual realm and the overwhelming presence of God, which the scientific community is calling the mystical-type Experiences.

Studies are suggesting that these mystical-type ‘Experiences’ profoundly contribute to the overall mental well-being of the consumers, which enable them to know themselves and grow mentally and spiritually by integrating the shadow self. A profound Psychedelic substance induced ‘Experience’ may be the first time individual can have free reign in their own mental kingdom; in this sense, Psychedelic molecules may be the truest mirror one can ever hold up to oneself, which can initiate the self-development journey.

Based on interaction and observation, researchers have identified three key insights that Psychedelic Experiences improve in the consumers, which assist them in the process of self-development. And they are:

According to researchers, the effects of mindfulness practice and Psychedelic experiences are identical. Both the mindfulness practice and Psychedelic experiences can positively transform one’s emotional process system in two primary ways: increasing one’s ability to be in direct contact with the present moment (instead of being caught in emotions of the past or anticipation of the future) and enhancing experiences of positive emotions. Being with the current feelings in the present moment includes reducing one’s negative mind-wandering and bringing kindness and friendliness to difficult emotions.

In the previous studies, it is observed that a single Psilocybin session helped most participants let go of rigid, negative thought patterns—in other words, it gave them a break from the relentless barrage of self-criticism and judgment and it increased openness to their emotions.

For many in the study, these acute experiences carried over into their daily lives, helping them to be present and break free of their habitual tendencies to become entangled with stressful patterns and negativity. Moreover, Psychedelics and mindfulness meditation have been found to decrease reactivity in brain regions that process fear.

Similarly, after meditation, participants report being able to approach stressful situations—to which they would typically react automatically and unconsciously—in the alternative, more helpful ways. For example, a person who discovers that her flight is delayed at the airport by several hours may realize that being delayed may provide her with the opportunity to call a friend she has not spoken with for a while.

Breaking out of patterns

Every human being has roles to play with others that define them individually. Memories, beliefs, impressions, and sensations accumulate to form a sense of who they are, where they have been, and what they have done. These become the personal stories and the backdrop of the moments of individual life. This gradually become a sense of identity—and the source of ego, a fixed pattern that eventually dictates the individual’s life.

Gradually being identified with a specific identity can also become a trap. In this sense identifying can be like falling back on specific default settings, which creates a sense of sleepwalking through. This creates an experience that makes an identified individual bounded and separate entities from their surroundings. This separation can be helpful in the sense that it creates a sense of structure and organization. It helps to protect one from dangers and cope with life’s hardships.

However, excessive separation can make life very small. Identified one can begin to exist inside this bounded city as if they were an autocratic leader, attempting to control it and all the surrounding cities at all costs. It can render individuals emotionally alienated from other people and surroundings. Researchers have found that this state can be associated with depression, anxiety, and addiction.

What happens when individuals create a space and a time when they tear those walls down, let go of their identities, and allow for the emergence of a new sense of self, however temporary? Meditation and Psychedelics can both take individuals outside of themselves, helping them to connect with others and their environment. This process of “decentering” refers to the capacity to recognize thoughts and emotions as passing mental phenomena.

Neurophysiological evidence by Judson Brewer and Robin Carhart-Harris suggests that certain types of meditation and Psychedelics can disrupt a network in the brain that becomes activated when one engages with self-focus (the default mode network), which reduces rumination and mind-wandering. In effect, both types of experience—meditation and Psychedelics—retrain and rebalance the activity of the ego so that it protects them when needed and rests during times of safety.

Compassion, empathy, and altruism–these can be motivations, feelings, and actions—but in all their forms, they bring humans together. That is why scientists call these keys to well-being “prosocial,” as opposed to antisocial.

There is tremendous scientific evidence suggesting that meditation and compassion-based programs foster prosocial emotions such as empathy, kindness, gratitude, and awe. For example, practising meditation increases brain activation associated with compassion when individuals are shown pictures of suffering, and it also seems to lead to more compassionate behaviour.

In a recent theoretical paper, University of Alabama professor Peter Hendricks suggests that awe may be a critically important emotional experience during Psychedelic treatment in generating compassion, empathy, and overall well-being. In one case, a participant described how an everyday, mundane walk outside felt profound. Others reported feelings of deep connection to the entire world, often in contrast to prior feelings of isolation and cynicism.

Leo Zeff, a frontiersperson of the underground Psychedelic therapy movement, famously said that the quality of a Psychedelic ‘Experience’ is measured not by one’s ‘Experience’ that day but by how one grows in the subsequent months as a result. If consumers commit themselves to being accountable to the insights they received from the ‘Experience’, then every Psychedelic ‘Experience’ can become a transformative event, an amazing gift for self-development, mental health, wellness and more.