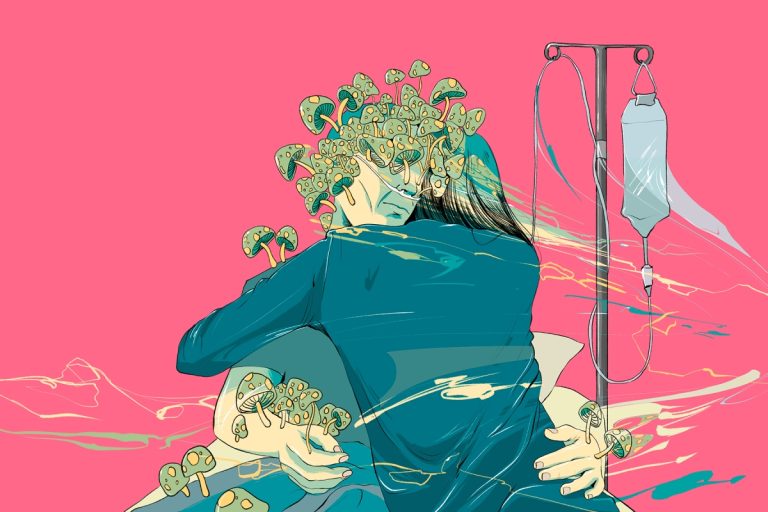 Recently a group of Australian researchers conducted a study to speculate a potential mediating relationship. According to the authors of the study, there are some psychopathologies for which the link to death anxiety may seem obvious. For example—panic disorder and panic attacks often involve a fear of heart attack or a sudden feeling of danger. Death anxiety also correlates with generalised anxiety disorder, alcohol use disorder, depressive disorder, and social anxiety disorder.

Several previous studies have found evidence for causality rooted in increased participant anxious and phobic behaviour when primed with mortality salience or the awareness that death is inevitable. The study authors noted that the underlying fear of death remains unaddressed by many existing mental health treatments, contributing to their continuation. While Psychedelics have been found to reduce death anxiety, particularly in cases of terminal illness, there is less existing evidence on how they complete that goal.

“If I take death into my life, acknowledge it, and face it squarely, I will free myself of the anxiety of death and the pettiness of life—and only then will I be free to become myself.”—Martin Heidegger.

Sam G. Moreton, the lead author of the study, has suggested a variation of the following five factors of that mechanism. And these are:

According to Moreton, the impact of any of these factors, much like the Psychedelic experience itself, depends on the individual in question, as well as the set and setting of the session.

As Psychedelic research evolves, researchers will continue to investigate how these substances invoke beneficial therapeutic effects. The relation of death anxiety to both Psychedelic experiences and mental health has led researchers to hypothesise it as a possible mechanism through which the two interact; however, there is a lack of research about death anxiety as a causal variable. The authors, therefore, urge that their presented hypothesis and reasoning justify future research to this end.