How Safe is DMT? 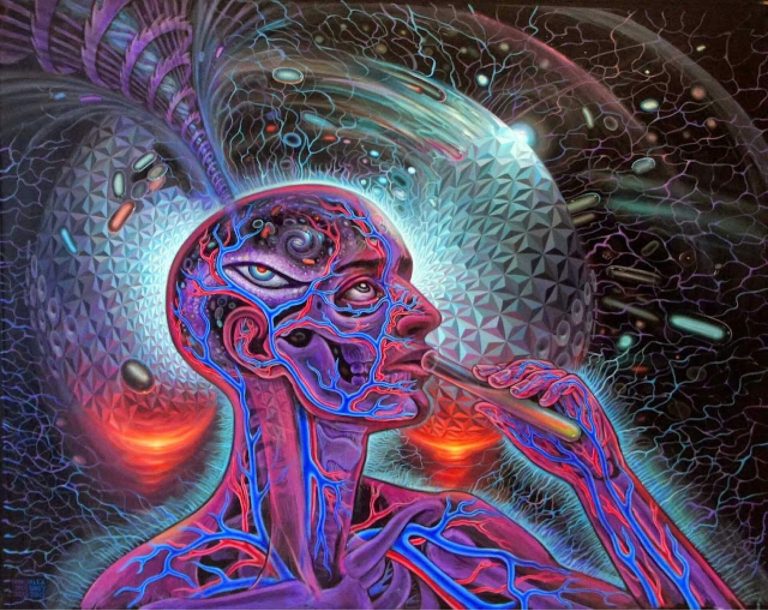 DMT or N,N-Dimethyltryptamine is a naturally occurring substance in a number of plants and animals, best-known for being in the concoction by a combination of the Banisteriopsis Caapi Vine and leaves of the Psychotria Viridis which gives the user a hallucinogenic experience and opens the way to meet with the Holy and Divine Mother Ayahuasca.

DMT is also known as Dimitri, fantasia, and Spirit Molecule. In 1931, DMT was first synthetically created in the lab by British chemist Richard Manske. The chemical structure of DMT is close in structure to serotonin and melatonin with similar properties to other psychedelic compounds found in LSD and magic mushrooms.

When taken orally DMT has no real effects on the body and mind because stomach enzymes immediately break down the compound, unless used with a Mono Amino Oxidase Inhibitor (MAOI). Synthetic DMT must be smoke, which affects the brain’s serotonin receptors, which research shows that alters vision, emotion, and sense of bodily integrity.

DMT was labeled as an illegal Schedule I drug throughout the world in 1971 with the creation of the United Nations Convention on Psychotropic Substances.

Plants that contain DMT are not illegal, but if the DMT from the plants is extracted, it is considered to become illegal.

How does DMT work?

Much of what we currently know about DMT is from the research of Dr. Rick Strassman, who first published his groundbreaking research on Psychedelic drugs. According to Strassman, DMT is one of the very few compounds that can cross the blood-brain barricade that is the membrane wall separating circulating blood from the brain extracellular fluid in the central nervous system. Strassman, the author of DMT: The Spirit Molecule, also added, “DMT’s ability to cross this divide means the compound appears to be a necessary component of normal brain physiology. DMT is unique in that way, in that the brain expends energy to it into its confines.”

According to Strassman, DMT is naturally produced in the human body, particularly present in the lungs. Strassman says it may also be found in the pineal gland- the small part of the brain associated with the mind’s third eye, which is currently confirmed in the latest research.

DMT is going through various trials in different countries as a therapy tool to treat anxiety, depression, other mental health conditions, treating addiction, as well serving as an aid for individual’s self-development and self-discovery.

It’s difficult to predict how you’ll react to DMT because it depends on several factors, including your body composition, body weight, the state of your mental and physical health, how you take it, and how much you take. Like other hallucinogens, DMT has the potential to throw you on a bad trip which can be terrifying and overwhelming for some. People have reported being left agitated by a bad DMT trip for days, weeks, and even months. Taking a higher dose increases your probability of having a bad trip, as does taking DMT while you’re in a negative state of mind.

In a study that administered low, medium, and high doses to 12 volunteers, the psychedelic effects threshold for DMT was found to be 0.2mg/kg. At this level, most observable biological effects were detectably altered. Pupil diameter, blood pressure, and heart rate all peaked within two minutes. A later trial found that unlike other psychedelics with the effects of DMT, the body does not build a tolerance to DMT, suggesting that there’s no need to take more to re-experience the same effects.

DMT can also affect pre-existing mental health conditions; particularly, it can worsen schizophrenia. According to the National Institute on Drug Abuse DMT also carries a slight risk of hallucinogen persisting perception disorder (HPPD) and persistent psychosis. There have been many reports of bad experiences especially in unregulated Ceremonies.

A bad trip with DMT can be a traumatic experience, which have been reported commonly in cities, especially when conducted by an inexperienced Shamans or Coordinator in bad setting. Dennis McKenna warned in an Article for the NewYorker “There are some people who are getting damaged from it because they’re not using it the right way. It’s a psychotherapeutic process: if they don’t integrate the stuff that comes up, it can be very traumatic. Set and setting is all-important: they’ve been telling us this since Leary! It’s not to be treated lightly.”

Increased blood pressure and heart rate are both side-effects of taking DMT, which can be bad for you if you already have high blood pressure or a specific heart condition. According to the Drug Enforcement Administration (DEA), DMT can also cause loss of muscle coordination and seizures.

Interactions with other drugs

Before taking DMT, it’s so important to know how it will result with other substances and medicines. Therefore, it is recommended to consult a doctor before ever taking it.

Contradiction with other hallucinogens, stimulants, and opioids

Taking DMT with other hallucinogens or psychedelics like magic mushrooms or LSD can make an already strong trip even more overwhelming and intense. Using DMT with stimulants like cocaine and amphetamines may heighten DMT-related feelings of anxiety or fear. DMT shouldn’t be used with opioids, especially tramadol, because of an increased risk of seizure.

Taking DMT from Holy Plant Medicinal sources which contain MAOI while on antidepressants can cause simultaneous blocking of serotonin uptake and serotonin degradation which encourages enormous amounts of the neurotransmitter to flood the synapses, resulting in the disastrous condition called ‘serotonin syndrome’. This condition usually starts with shivering, diarrhea, hyperthermia, and palpitations and can progress to muscular rigidity, convulsions, and even death.

When experienced users were asked about rating the safety regarding taking DMT, 55% answered with DMT is “very safe,” and 38% said “quite safe.” The main risks 51% of them reported were a “bad trip,” which is a considerably higher risk compared to other hallucinogenic psychedelics.

Precautions to take before taking DMT

Due to the unpredictability of the effects of DMT on user, it is highly recommended for first-users to be under supervision of a sitter, someone they’re comfortable with and can trust. It should be taken in a safe and friendly environment. The following is recommended before taking DMT: