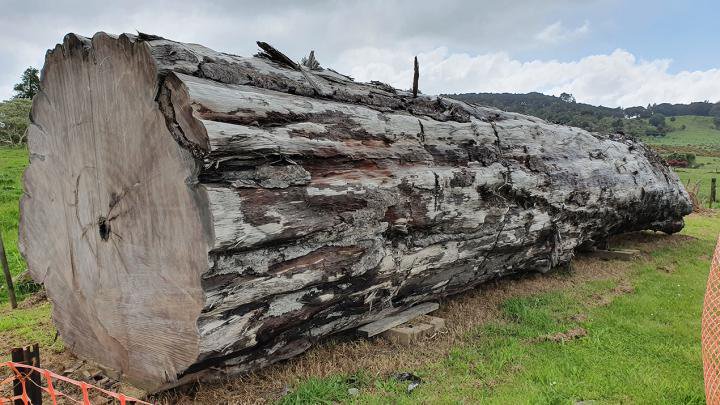 Trees behold some of earth’s most accurate records of the past. Trees’ years on earth are represented within the rings in the cross-section of a Tree trunk – recording evidence of historical events on earth, including disastrous floods, lightning strikes, insect attacks, and even earthquakes which may have happened during the lifespan of the Tree.

Trees also behold ancient records of the effects of climate change. Each year a Tree attaches to its girth a new extension called a Tree ring. The most recently developed Tree ring is the new wood near the outer part of a Tree’s trunk, just beneath the bark. The oldest rings are smaller and near the center. According to experts, a Tree ring, representing one year, consists of two layers: a light-colored layer which forms in the spring and early summer, which is typically thicker because the Tree is growing. The other one dark-colored layer forms in late summer and fall, which is typically thinner because, during these times, the Tree’s growth slows down.

Everything in ecology that influences the growth of Trees is being recorded by the Trees. Analyzing the ring of Trees provides scientists with a glimpse of the environment and the time in which the Trees may have grown up. So, what information might a 42,000 years old Tree be able to provide?

Discovery of an Ancient Tree beholding records of long-lost past

Several years ago, on an excavation site, workers digging the ground for a power plant in New Zealand discovered a 60-ton trunk from a Kauri Tree (Agathis australis), the largest Tree species in New Zealand which preserved records of a time from long ago. According to scientists, the Tree took birth around 42,000 years ago, and had been preserved in a swamp, with its rings spanning around 1700 years. According to experts, this Tree captured a turbulent time when the world may have been turned upside down.

According to this recently published study, the flipping of the Earth’s magnetic poles together with a drop in solar activity around 42,000 years ago could have generated an apocalyptic atmosphere which may have played a major role in significant events, extending from the end of the Neanderthals to the extinction of megafauna.

What might have been the impact of change of earth’s magnetic fields on lifeforms on earth?

Every 200,000 to 300,000 years, Earth’s magnetic South and North poles swap places, an event which opens the planet up to solar radiation and corresponds with major extinction events. According to scientists, the last pole reversal occurred 780,000 years ago. Earlier 2021, NASA warned that the magnetic “north pole” was racing 30 miles per year toward Russia, which was signaling a complete pole reversal.

Many scientists are suggesting that currently humanity is well overdue for a similar event. It takes up to 10,000 years to complete a full geomagnetic reversal. In between these full geomagnetic reversals, Planet Earth faces shorter disruptions to the magnetic field. These events are known as Geomagnetic Excursions. According to Chris Turney, a co-author of a landmark new study investigating this transformative event, Geomagnetic Excursions are short-lived and include temporary changes to the Earth’s magnetic field lasting anywhere from a few hundred years to a few thousand years. The most recently recorded Geomagnetic Excursion is known as the Laschamps Excursion, which took place around 42,000 years ago.

The discovery of a Tree which lived for 1,500 years during the exact same period of a Geomagnetic Excursion of the poles 42,000 years ago is now providing climatologists new insight into what it may look like into the future.

Professor Chris Turney of the University of New South Wales, co-author of the study, and his colleagues describe how they conducted radioactive analyses of the newly found Ancient Kauri Tree which was preserved in northern New Zealand. This allowed the scientists to track the rise in carbon-14 levels in the environment over time which has been produced by increasing levels of high cosmic radiation energy reaching the Earth during the Laschamps Excursion. As a result, the international research team was able to date the climatic changes in more detail than offered by previous records like the mineral deposits.

The research team then examined numerous records and materials from all over the world, including from ice cores and lakes, and found that a host of major environmental changes happened at the same time as the carbon-14 levels peaked. Professor Turney further explained that during that time they had observed massive growth of the ice sheet over North America, tropical rain belts in the west Pacific shifting dramatically, and the wind belts in the southern ocean.

The research team also used a model to examine how the chemistry of the environment might change if the Earth’s magnetic field was lost and there was a prolonged period of low solar activity, which would have further reduced Earth’s protection against cosmic radiation. Ice core records suggest such dips in solar activity, called the “Grand solar minima”, which had coincided with the Laschamps Excursion.

The results exhibit that the atmospheric changes could have occurred in huge shifts in the climate, electrical storms, and widespread colorful aurora.

Besides the environmental changes potentially accelerating the growth of ice sheets and contributing to the extinction of Australian megafauna, the author also indicated that they could also be connected to the emergence of red ochre handprints in the cave, the suggestion being that humans around that period may have used the pigment as a sunscreen against the heightened levels of ultraviolet radiation hitting the Earth as a result of the reduction of the ozone layer.

Professor Turney further explained that these findings also suggest the rise in the use of caves by the ancient ancestors of humanity around this time and the increase in cave painting, which might be down to the fact that underground spaces offered shelter from the harsh conditions. The study’s authors also explained that the situation may also have boosted competition, potentially contributing to the end of the Neanderthals.

Based on the findings from this study, many scientists from different fields have suggested that the study gets too speculative. The study has sparked conversations among scientists about the theories presented and how future research might provide evidence to support or go against the suggestions. Experts have queried for over 50 years about whether or not earth’s magnetic field shifts affect life on earth but lacked clear avenues to find answers. According to Monika Korte, geomagnetist from GFZ German Research Centre for Geosciences, the biggest value of this study is that it is putting out several ideas that should be investigated further.