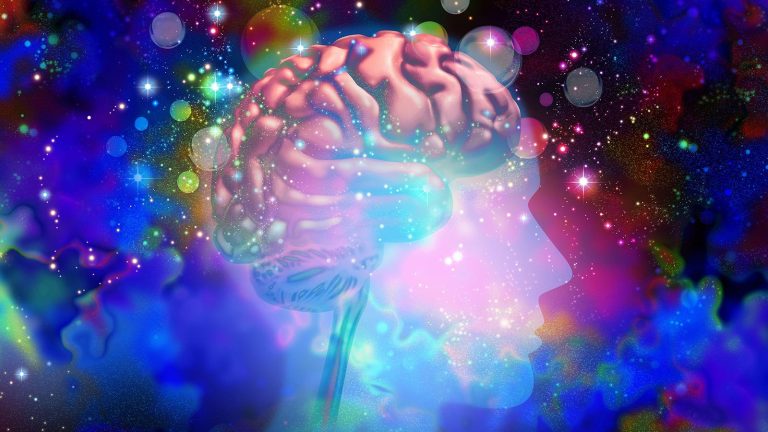 Based on numerous studies in the field of neurodegenerative diseases, among many other potentials of Psychedelics, neuroinflammation might be the most promising. More studies on this subject are enabling scientists to understand neurodegenerative diseases differently and opening up new possibilities to treat these untreatable diseases. Psychedelic researchers now understand how these compounds modulate different inflammatory processes.

Now it is evident that Psychedelic substances like LSD, Psilocybin, and DMT can successfully treat mood disorders like anxiety, depression, and PTSD. Researchers have figured out that Psychedelic substances have much more potentialities than psychological benefits. Insight into their physiological mechanisms of action, including positive effects on neuroplasticity and neuroinflammation, has inspired a new wave of research.

Dementia: The disease and available treatments

Dementia is the general term for a decline in a person’s mental ability, which is severe enough to interfere with their daily life. The most common type of dementia is Alzheimer’s Disease, accounting for 60 to 80% of cases. According to observation, the average person lives just four to eight years after receiving a dementia diagnosis, but some may live as long as 20 years post-diagnosis.

Alzheimer’s disease dementia has been causally linked to the pathological aggregation of proteins that clump into plaques between nerve cells (amyloid-ß or Aß protein) or twist into fibres or “neurofibrillary tangles” within the cell itself (tau protein). The abnormal deposition of these proteins is particularly pronounced in the hippocampus (one of the brain’s main memory centres), as well as the cortex and the basal forebrain. Exactly how these molecules drive neurodegenerative processes has not been determined. So far, it can be said that excessive plaques and tangles may drive cell death by disrupting basic cell functioning such as the stress response or nutrient transport.

There is currently no known cure for dementia, but there are medications that can help with dementia symptoms such as behaviour changes or anxiety. Many companies are carrying out research and clinical trials involving new drugs with the hope of finding a more effective way to treat patients living with dementia and perhaps even prevent cognitive decline pre-diagnosis.

What are the latest studies showing?

A 2020 review on Psychedelics as a treatment for Alzheimer’s Disease and other dementia subtypes found the potential for Psychedelic compounds to influence and enhance functional neuronal connectivity, stimulate neurogenesis, restore brain plasticity, reduce inflammation, and enhance cognition provides a new therapeutic target. The authors of this review expressed a compelling argument for further investigation of the potential for Psychedelics as a disease-modifying compound in conditions where currently none exists.

Psychedelic substances such as Psilocybin and LSD have demonstrated the ability to promote neuroplasticity and neurogenesis by way of the 5HT2A-R receptors in the hippocampus—an area of the brain involved in memory and cognition that is progressively shrunk as the result of Alzheimer’s Disease.

Eleusis, a company researching the therapeutic benefits of Psychedelics, is currently conducting a clinical trial investigating the effects of low-dose LSD (“microdosing”) in Alzheimer’s patients. They are building upon recently published results of a Phase I trial in which they demonstrated that repeated microdosing (21 non-consecutive days) is well tolerated with minimal adverse effects in healthy volunteers.19 These findings allowed Eleusis to move on to Phase II, where they are examining the effects of LSD microdoses on AD patients.

Return Health, another company, wants to introduce new treatments based on Psychedelic medicines that can reduce cognitive decline and the behavioural and psychological symptoms of dementia. The company plans to use an AI-assisted drug discovery tool to identify new non-hallucinogenic Psychedelic compounds with cognitive benefits.

Eleusis have recently published white papers detailing the scientific background of their ongoing LSD trial for dementia. The main mechanisms suggested by researchers can be grouped into three main categories.

Psychedelics reduce inflammation in the brain: 5HT-2A receptor agonists act as potent anti-inflammatory agents, mostly by reducing cellular stress and modulating the activity of pro-inflammatory molecules, such as those secreted by microglia.

Psychedelics might affect neurogenesis and neuroplasticity: The loss of neurons and the connections between them have been linked to all symptoms of Alzheimer’s Disease. It is still unclear whether Psychedelics might reverse or exacerbate some of these processes. In rat models, large doses of 5HT-2A agonists like Psilocybin and LSD inhibit the growth of new neurons in the hippocampus—the area of the greatest importance for neuron loss in dementia.

Psychedelics can improve learning and memory: Treatments that reduce cognitive decline are among priorities for intervention in neurodegenerative diseases. Presently, no studies have conclusively demonstrated that 5HT-2A agonists can significantly improve cognition, although data on this matter are limited. While many consumers of recurrent low-dose Psychedelics claim this practice enhances their memory, studies so far have found no memory benefits of LSD and Psilocybin at these doses. However, as the researchers point out that while these results contradict reports of enhanced cognition in the context of recreational consumption, it should be noted that not all pharmaceutical drugs that target cognitive and behavioural impairments have nootropic [cognitive-enhancing] effects on healthy participants.

Return Health, however, is focused on DMT because it is shown the most efficacy in neurogenesis. The team is currently working with derivatives of the DMT molecule because, as Dr Kuo, the co-founder of the company, noted that it is not perfect and needs to be optimized.