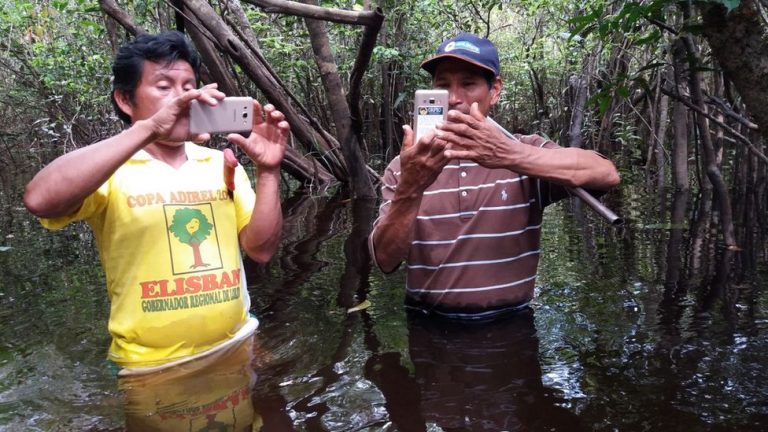 Since 1978, about one million square kilometers of Amazon Rainforest have been destroyed across Brazil, Peru, Colombia, Bolivia, Venezuela, Suriname, Guyana, and French Guiana.

For most of human history, deforestation in the Amazons resulted mainly as a result of subsistence farmers who cut down Trees to produce crops for local consumption. However, later in the 20th century, the scenario started to change, with an increasing proportion of deforestation motivated by industrial activities and large-scale agriculture.

By the 2000s, more than three-quarters of deforestation happened for cattle-ranching.

The authorities have taken many necessary steps against the deforestation in the Amazons; but nothing seemed to hold much promise. Recent Latin American studies have demonstrated that indigenous people are the best guardians of the Rainforest in the region, as evidence suggests that deforestation rates are up to 50% lower in their territories than elsewhere.

Coupled with the World Resources Institute (WRI) and Rainforest Foundation US (RFUS), independent researchers and indigenous leaders collaborating in one of the largest growing bodies of research that says, acknowledging and protecting indigenous rights is the most effective way to preserve natural Rainforests as one-third of the Amazon Rainforest is within formally recognized indigenous people’s territories.

According to RFUS estimation, community-based Forest monitoring programs collaborating with the local official’s enforcement support could save one-fifth of the 2.7 million hectares of the Rainforest in Peruvian and Brazilian indigenous territories, otherwise, which is more likely to be lost over the next decade.

Tara Slough and her research team most recently published their work about satellite-based deforestation alerts with training and incentives for patrolling in Loreto, where they trained and paid three representatives from each community to patrol their Forest monthly and verify reports of suspected deforestation using satellite data and a smartphone application.

According to Tom Bewick, who was involved in the study and is currently the Peru country director for RFUS, the whole point is to provide the deforestation information into the hands of those most affected by its consequences and take necessary action to stop it. During this two-year study, researchers organized the necessary official enforcement support. They hired couriers to travel across the Amazon River and its common tributaries every month to distribute USB drives containing Geobosques reports of suspected deforestation information to remote communities.

Executive director of RFUS, Suzanne Pelletier, said, “We are helping them set up this system by which they can collect the evidence, but our hope is that when we walk away, they can then train others and be the model for thousands of other communities across the Amazons.”

Observable result of this program

In the study, they collected data of 2018 and 2019 of Loreto that compared with 37 other communities where the program was not set up; those under the program observed 52% and 21% less deforestation, respectively, in those years.

According to the study, communities under the program saved 456 hectares of the Rainforest over a two-year period. The researchers calculated that this prevention of Forest preventing the release of more than 234,000 metric tons of carbon emissions at the cost of $5 a ton, and according to data from the Ecosystem marketplace, this price is slightly higher than the $4.30 a ton average price of nature-based, Forest management carbon credits in 2019.

According to the researchers’ observations, nature-based credits have traditionally caused continual trouble by the problem of leakage. They argued that even if the ecosystem conservation projects are successful in one area, they often shift the deforestation to another location. Compared to the previous study, researchers observed no such displacement of deforestation in their study and explained that this could be due to the inaccessibility of the Forest in Loreto.

To explain the increase of the expense, they wrote in the report that, for the general absence of roads in the region of the study, most transportation occurs by boat. As a result, the areas most likely vulnerable to deforestation are located close to navigable rivers. Since the indigenous communities tend to live in these areas along the river, community-based Forest monitoring programs increase the cost of resource extraction.

The president of the Indigenous group Regional Organization of the People of the Eastern Amazon (ORPIO), Jorge Perez Rubio, who was also involved in implementing the Forest-monitoring programs of the study with RFUS and WRI,  said that the study provided evidence that suggests that supporting their communities with the latest technology and training could help reduce deforestation in their own territories.

ORPIO is a part of the Coordinator of Indigenous Organizations of the Amazon Basin (COICA), which is an umbrella association for the indigenous organizations in the Amazon lowlands. Gregorio Mirabal, the general coordinator of COICA, stated that their network is ready to partner with RFUS to apply this technology-enabled model to their community Forest protection initiatives basin-wide.

The study has been published in the journal Proceedings of the National Academy of Sciences (PNAS) which can be accessed from HERE.