Modified Plant roots help grow crops even in damaged soils, and can be a strong weapon during climate change 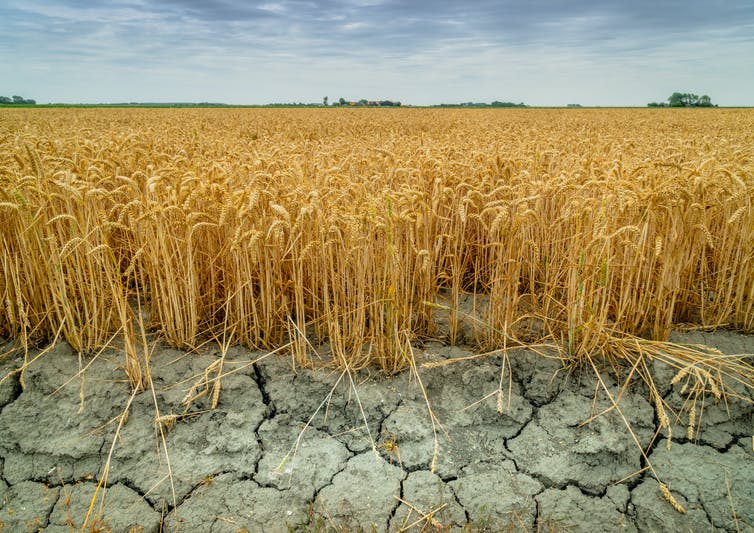 During the process of germination, the embryonic root is the first part of a seedling to emerge from the seed. The whole potential of a Plant lies within the tiny seed, and the seed decides when and how to germinate based on the information the embryonic root gathers from the soil. It is needless to emphasize the important role roots play in the life of a Plant. Research after research into the mechanisms of roots keeps opening up whole new dimensions of Plants, which are enriching the understanding of the scientific world. Based on these understandings, humanity keeps finding new potentialities of Plants, which was not possible in the past.

For many years, according to conventional wisdom, it was previously thought that roots usually do not grow as deep in hard soil as they can grow in normal soil because it is too difficult for them to push through. But recently, an international research team has discovered the scientific reasons behind this. According to the research findings, the growth of roots in hard soil is controlled by a biological signal which can be switched off. And through experimentation, the research team found that switching off this signal enables the roots to push through the compacted earth. According to the research team, this discovery could help crops to grow in even the most damaged of soil.

The impacts of soil compaction in agriculture

Among many other challenges, soil compaction has been the most damaging the modern agriculture is facing now. And according to the experts, this is only increasing being driven in part by increasing the weight of farm equipment that can pass over the same area of the ground many times per season. Squashed under the weight of the soil above, deeper areas of the soil are also getting highly compacted, making it difficult for crop roots to push through those compacted layers of earth that are rich in moisture and nutrients.

Soil compaction has a profound impact on the world of agriculture. Reduction of root growth negatively impacts the water and nutrient uptake of the Plants, which can cause 25% losses of yields per year. According to the statistics, in the UK alone, losses associated with soil compaction are estimated between €400 million and €650 million per year. Climate change is going to make it worse eventually. Because, when compaction is combined with drought, crop yields can reduce by up to 75%. According to research conducted by the University of Aberdeen, these losses of yield can cost farmers billions of dollars per year.

Despite the clear importance for farmers across the world, the mechanisms of stunted root growth in compacted soil have remained unclear. But these newly found results showed that roots are, in fact, very much able to push through highly compacted soil if their sensitivity to a Plant hormone signal is disrupted.

What stop roots from penetrating the compact soil

In Plants, most of the signals and responses to the environment are accomplished by various hormones or chemicals. In this case, the research team found out that the signal or switch is controlled by a hormone known as “Ethylene”. This hormone is released as a gas from the tips of Plants’ roots. In non-compacted or loose soils, this gas is free to diffuse into the earth, but in the compacted soils, the ethylene gas cannot diffuse and is alternatively trapped in the area owned by the root tip, causing ethylene to build up in root tissues.

The research team discovered that this ethylene build-up in the root tissues provokes roots to stop growing longer in compacted hard soil. Therefore, the hormone ethylene acts as a very clear “stop growing ” signal to the extension of roots into compacted soils. However, the scientists are not sure as to why Plants had not evolved to penetrate compacted soil for more water and nutrients uptake.

The research team modified Plants genetically to not be able to sense ethylene signals and discovered that roots could penetrate compacted soil but chose not to do this in environments with the ethylene-based stop signal. According to the author of the study, the research team deliberately conducted this study with two very different kinds of soil, which are sand and clay, and two very different species of Plants— Arabidopsis and rice. They observed the same behavior in different soils and Plants, which suggests that their discoveries may be widely applicable to other crops Plants, soil types, and geographies.

These findings open up new possibilities to select new compaction-resistant crop Plants and breed different varieties of them, just how Gregor Mendel—the father of genetics- did with Peas. These possibilities are enabling breeders to simply screen their collections for varieties whose roots are less sensitive to ethylene, selecting to create new Plants with this differentiation.

However, the scientists also observed that this ethylene hormone signal is also important for other Plant processes like resistance to pathogens. According to the lead author, rather than blocking the Plant as a whole, more targeted genetic modification (GM) and gene editing approaches could also be adapted to only block the ethylene response in the root tip tissues. The research team is excited to see how these findings will be diverse in the near future according to the most effective approaches.

How the research findings can affect agriculture in the coming days

These findings have the potential to reach protected or increased crop yields globally, especially given that soil compaction remains a persistent problem in intensive agriculture practices around the world. According to the State of Soil in Europe, out of a total of 68 million hectares, 36 million hectares of farmed land is inclined to soil compaction.

According to the authors, newly modified crops with roots that can push deeper through compacted soil will offer a number of obvious benefits:

This new understanding of how roots push through hard soils could be an important step towards breeding whole new kinds of crops which could be more resilient to soil compaction. The authors expected that such crops would help to increase the yield against losses associated with major soil stress and damage in various geographical regions across the world.