Mysteriousness of Algae, the ancient ancestors of Plants, which were pre-programmed to leap into land through symbiotic relationships 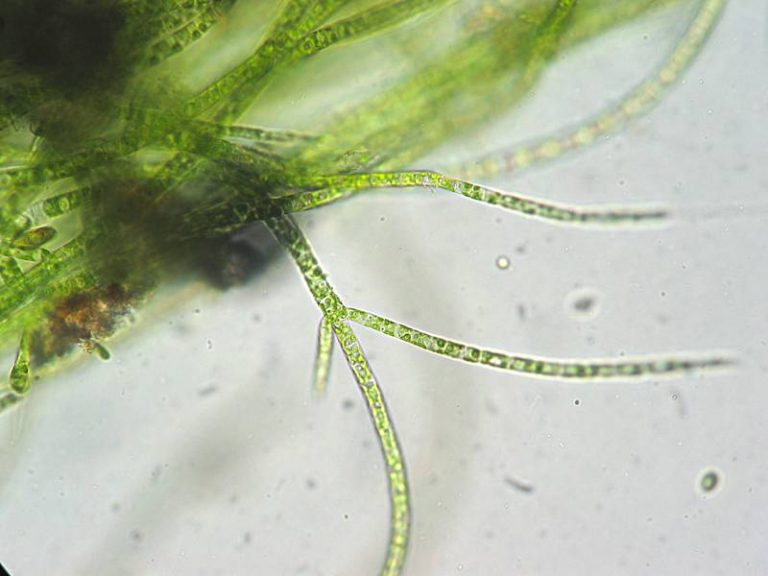 The history of life on Planet Earth can be daunting to comprehend, which started billions of years before the appearance of humans. Driven by curiosity, looking back to the past through the lens of paleontological shreds of evidence, the scientific world has uncovered many hidden answers that humans have been searching for many years.

Uncovered answers create more questions – as is the nature of scientific progress.

From previous studies, it has been assumed that the symbiotic relationship between Algae—the ancestor of all land Plants – from freshwater and Fungi from the land ignites the diversity of Plantlife on the land. But to form a symbiotic relationship, both sides have to have something to offer to each other.

How Fungi and Algae formed a symbiotic relationship

In 2019, a research team from Michigan State University for the first time showed how Fungi internalizes an eukaryotic, a photosynthetic organism. The research team calls the whole process a photosynthetic mycelium. According to scientists, if someone puts Algae and Fungi in a pot with liquid, within a week both of them will form a symbiotic relationship. The research team did the same, and they took microscopic images to observe the process. The microscopic images demonstrated that the Algal cells were aggregating around and attaching to Fungal cells. By slightly breaking down the wall, Algal cells’ extended fibres appeared to grab the surface of the Fungus cell. Surprisingly, when they were grown together for a long time, around a month, some Algal cells entered the Fungal cells. Both organisms remained active and healthy in this relationship.

According to Zhi-Yan Du, study co-author and member of the labs of Christoph Benning, and Gregory Bonito, this is a win-win relationship. Both organisms get additional benefits from each other by being together. They exchange nutrients, with a likely net flow of nitrogen from Fungus to Alga and a net flow of carbon from Alga to the Fungi. Surprisingly, the research team observed that the Fungus needs physical contact with living Algal cells to get nutrients. However, the Algal cells did not need physical contact or living Fungus to benefit from the interaction. Fungal cells, dead or alive, release nutrients in their surroundings.

To their surprise, the research team also discovered that when nutrients were scarce, Algal and Fungal cells were grown together to fend off starvation by feeding each other. The co-author explained that they do better than when they are grown separately.

Previously in 2015, an international group of researchers published their study revealing that the freshwater Algae were genetically preadapted to form the symbiotic relationship with microorganisms like Fungi which most land Plants still needed to acquire nutrients from the soil.

According to Jean-Michel Ane, a Professor of bacteriology and agronomy from the University of Wisconsin-Madison, and the lead author of this study, the research team were expecting that the mechanisms of forming a symbiotic relationship arose with land Plants, but to their surprise, they found out that those mechanisms are available in the freshwater Algae.

The finding shows for the first time that the Algae already knew how to interact with symbiotic microbes like the Fungi while it was still in the water. Without the advancement of this preadapted capability in Algae, planet Earth would have been a very different place. Ane mentioned that the genes required to form symbiosis between Plants and Fungi likely arose in a common ancestor of green Algae and land Plants.

The genetic pathways Plants use to form a symbiosis with Fungi were known in land Plants called Hornworts and Liverworts, ancient lineages sister to all other land Plant lineages. Liverworts flourish in damp environments worldwide, and the oldest known liverwort fossils present the earliest evidence of Plants colonizing land.

Ane further explained that previously scientists had found these mechanisms of forming symbiotic relationships in Liverworts, but not in Algae. And figuring out these pathways in Plants will be allowing associations with beneficial microbes in green Algae and in Cereals, which now require significant amounts of chemical fertilizer, and could enable the designing in Plants of more efficient nutrient acquisition, which will significantly reduce the need for chemical fertilizers for food and bioenergy production.

According to scientists, this revelation is important because it demonstrates the story of how the first land Plants evolved from freshwater Algae and formed critical symbiotic relationships with microorganisms like Fungi and made the barren land habitable. In addition, understanding the genetic pathways involved in these millions of years of symbiotic relationship could ultimately help agronomists unlock similar genes which are likely closed in Plants, such as the green algae and cereals that are the most promising biofuel stock but which at the moment requires extraordinary amounts of chemical fertilizer.