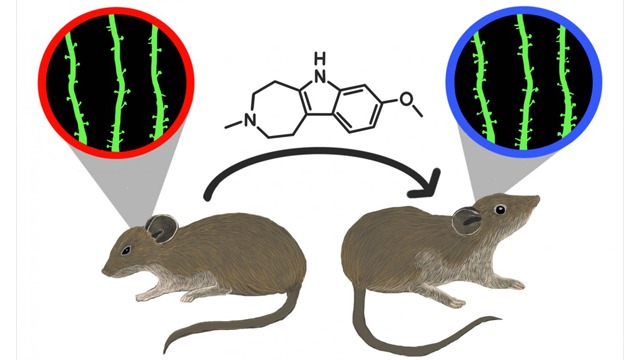 Much scientific research had demonstrated that besides altering the mind, most Holy Plants also offer physical health benefits, often which are not ingestible by everyone due to specific physical conditions or as the hallucinogenic effects are too intense and not suitable or safe for everyone. What if a Psychedelic could provide all the benefits without hallucinogenic effects?

Recently scientists have engineered a novel Psychedelic compound similar in structure to Ibogaine, but lacking toxic and hallucinogenic effects. Ibogaine, which is a naturally occurring psychoactive substance found in Plants in the family Apocynaceae such as Tabernanthe iboga, Voacanga africana, and Tabernaemontana undulata, is a Psychedelic substance with dissociative properties. Preliminary research indicates that such substance may help counter drug addiction, but there may be risks of heart arrhythmias and being a powerful hallucinogen.

This novel Psychedelic substance has been called “Tabernanthalog” (TBG) and found to rapidly reverse the effects of stress in mice. Professor of molecular, cell, and developmental biology at UC Santa Cruz, Yi Zuo with his team found that a single dose of TBG can correct stress-induced behavioral deficits, including cognitive inflexibility and anxiety, and at the same time can also promote the regrowth of neural connections as a result that restores neural circuits in the brain that are disrupted by stress.

The authors exclaimed with surprise that a single treatment with a low dose demonstrated such dramatic effects within a day. TBG was developed in the lab of coauthor David Olson at UC Davis. Zuo’s lab worked with Olson on the initial studies of TBG, reported in Nature in 2020. The new study focused on the destructive effects of stress using a protocol in which mice are subjected to mild, unpredictable stressors over a period of several days.

On the behavioral level, stress causes deficits in sensory processing, increased anxiety, and reduced flexibility in decision-making. Stress disrupts the connections between neurons and alters the neuronal circuitry in the brain, resulting in an imbalance between excitation and inhibition. According to Zuo, TBG reversed all of the effects of stress. This study offers significant insights into neural mechanisms regarding the therapeutic effects of Psychedelic analogs on mental diseases. Zuo expressed hope that this study will pave the way for future research to understand other Psychedelic substances’ cellular and circuit mechanisms.

In recent years, there has been renewed interest in the consumption of Psychedelic substances for treating illnesses such as addiction, depression, anxiety, and PTSD. The hallucinogenic effects of these substances remain a concern for a long time, however, and scientists have been unsure whether the hallucinations are therapeutically important or just a side effect. TBG has not yet been tested in humans, but it lacks ibogaine’s toxicity in animal tests, and it does not induce the head-twitch behavior in mice caused by known hallucinogens.