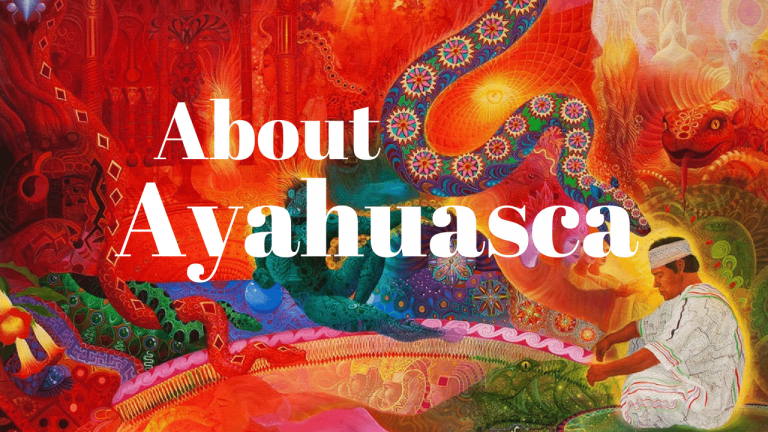 The Holy and Divine Mother Ayahuasca is referred to by many ‘Names’ throughout history, by various communities all across the globe. Anthropologist Luis Eduardo Luna listed 42 names to refer to the Holy Banisteriopsis Caapi Vine of the Holy Medicine. Ethnologist Frederick Bois-Mariage, PhD, identified 19 names for the Holy Banisteriopsis Caapi Vine which have been used in countries Panama, Colombia, Peru, Ecuador, Brazil, Bolivia, and Venezuela. Although the distinction between the different words used to refer to the Holy Medicine of the Holy and Divine Mother Ayahuasca may seem insignificant, however, as UNESCO explains ‘words carry entire histories and bodies of knowledge with them’.

Although the Holy and Divine Mother Ayahuasca is also referred by many names such as Agé, Yajé, Caapi, Cipó, Bejuco de oro, Hoasca, Natem, Shori, and Pildemost, She is most popularly referred to as “Ayahuasca”. The word “Ayahuasca” is also often used popularly to refer to the Holy Medicine of the Holy and Divine Mother Ayahuasca, whose main and primary ingredient is the Holy Banisteriopsis Caapi Vine, whether made with DMT Admixture like Psychotria Viridis and Diplopterys Cabrerana or whether the Holy Medicine is made without any DMT Admixtures, with the single ingredient being the Holy Banisteriopsis Caapi Vine.

Etymologically, the word ‘Ayahuasca’ is formed by a conjunction of two words ‘Aya’ and ‘Waska’ or ‘Huasca’, which comes from the Quechuan language, which according to Bois-Mariage, was the official language of the Inca Empire which is still spoken today in Peru, Ecuador and Bolivia. The Quechuan speakers spell the word  “Ayahuasca” as “Ayawaska”. The word “Ayahuasca” is popularly translated as ‘Vine of the Soul’ and ‘Vine of the Dead’. In Quechuan language the word ‘Aya’ means ‘Spirit, Soul’, or ‘Dead Body’, and ‘Waska’ means ‘Woody Vine’ or ‘Rope’. The word ‘Aya’ has been interpreted by some scholars as both ‘Spirit/Soul’ and ‘Death’, and from this minor disagreement between experts the reflection can be noticed how etymology of a word can influence the understandings by various communities of the Holy and Divine Mother Ayahuasca.

The Holy Medicine is a part of the Sacred Ceremony, Rituals and Sacred Practices of approximately 100 indigenous groups in Amazon, from Colombia, Ecuador, Peru, Bolivia, Brazil and Venezuela. Daiara Tukano, an indigenous activist, notes that the Sacred Rituals and Practices of the indigenous people performed with the Holy Plant Medicine, especially in Sacred Ceremonies, are Ways by which the indigenous people maintain harmony with the ecosystem of the Amazons and build resilience to defend from outside world.