Particular types of interaction: Experiences with the Holy Medicine of the Holy and Divine Mother Ayahuasca 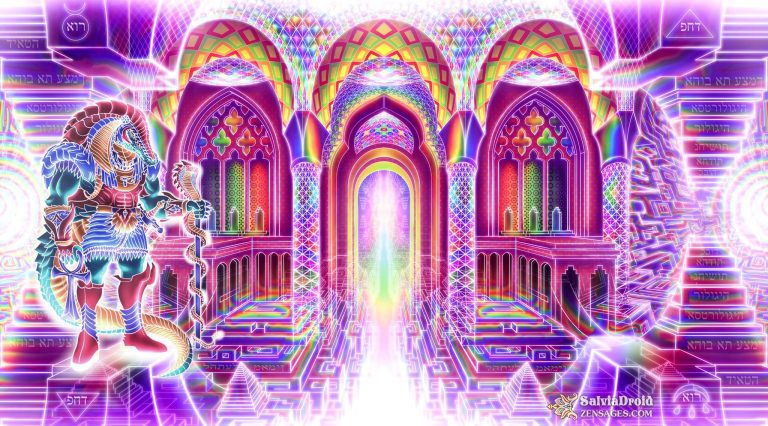 Four types of specific interaction has been noted in participants of Sacred Ceremonies by Benny Shanon, the author of ‘Antipodes of the Mind: Charting the Ayahuasca Experience’, as follows:-

Healing / Powers: In experiences of receiving the participants in the Sacred Ceremonies report receiving something through their visions, which may not be some item, but could be well-being, stamina, and health.

Knowledge: Often, in more specific cases, ‘Knowledge’ may be received. In this regard, this may be mentioned the Holy Medicine is considered as “the only path to knowledge”(Chaumeil, 1983: 33), by Amerindian traditions. Often a person may ‘feel’ they are asked to do or being shared certain information. Often this experience is conducted silently, not phonological-linguistic, but rather ideational, and the perception is not auditory but in some way ‘telepathic’.

Diagnostic and treatments: Shamans receive diagnostic information about their patients or about their treatment. Artists may receive specific designs and much more.

Melodies, songs, Holy Icaros: Shamans receive Holy Icaros. And other may sing melodies they have never heard before, i.e. compose new musical melodies. The Church of Santo Daime sings Hymns which were all received in such manner.

Magical Objects: It has also been claimed by participants that they have received specific objects, although such is far less common, which possess special powers.

Often spiritual journeys progression are symbolised by hierarchical structures and mansions, through which one is led, and progression happens as one experiences ascension into higher realms of mansions or places in their ‘Visions’. A person may be led by a religious or spiritual figure into a place or a ‘way’ which could be their ‘initiation’ or ‘ascension’ into higher spiritual dimensions.

Shanon notes his own journey and the journey of a shaman he knew as below:

Shanon’s story: “I entered a landscape. It was a meadow and there was a bridge in front of me. I crossed, found a trail, and went forward. At one turn of the trail I met a bearded old man sitting on a beautifully adorned chair. The man wore a splendid white robe full of rich embroidery, some of it golden, held a sceptre in his hand and his countenance was wise and benevolent. With his hand, he indicated that I should follow the trail to the left and go on. This I did until I met another old man, very much like the first, and he too indicated that I should go on. Soon I reached a magnificent mansion. Upon my entry, I was welcomed by a host of beautiful young maidens. They were clad in white, delicate lace and they invited me into a hall in which a sumptuous meal was set. I interacted with the various people present and then the vision faded. It took me a while to realize that I had forgotten to go on and follow the trail. Sadly I comprehended that I had been diverted and that I had missed the true goal of my journey.”

Shaman’s Story: “In my vision, I entered a most beautiful mansion. It was Incaic or Mexican. I passed through the gate and there was a hall. I went on walking and found myself in front of a door. I entered it and there was a second hall. There was another door, and I passed through it too, thus entering into still another hall. I passed hall after hall until I arrived at the tenth. The hall was all gold—the floor, the walls, the ceiling. Bearded old men clad in white sat in two lines along the walls. As I entered they applauded saying ‘Congratulations! You have made it!’ In front was their leader. He was holding a great tobacco pipe. I advanced and when I reached him, he invited me to sit down. He passed the sacred pipe to me and blessed me. I felt immensely gratified and honoured and so emotionally moved that tears of happiness poured from my eyes.”

Often participants have voyages, which are beyond ordinary, including voyages beyond earth, into the solar system, and beyond.

Often participants have ‘Visions’ where they turn into a flying entity, like a bird or eagle, and have experiences of flying around.