Plants pass down stress-related “memories” to make their offspring stronger 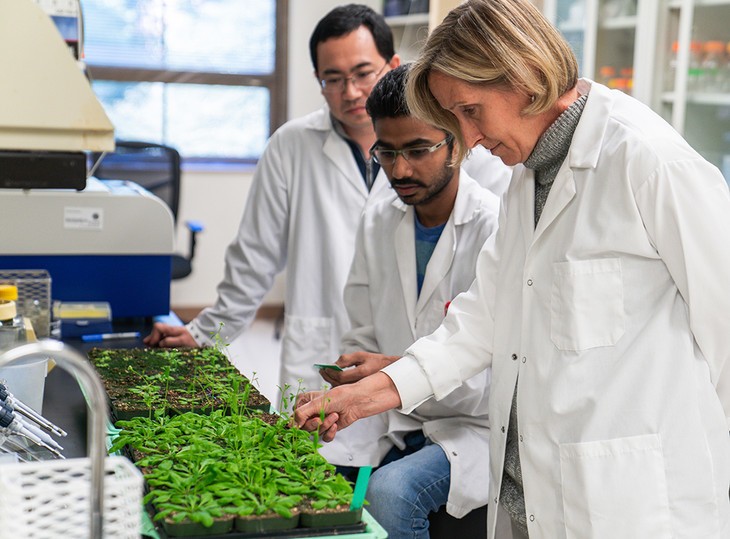 Over a decade ago, Canadian biologist Susan Dudley for the first time planted the seed of the idea that Plants have the ability to recognize and favor their kin.

But many Plant biologists regarded it as heretical as Plants lack the nervous systems which enable animals with brains to recognize kin. So how is it possible for Plants know their relatives without neurons? A series of recent research and findings on the notion that Plants do recognize and care for their genetic ties has been taking root in the scientific world.

In September 2018, a research team in China demonstrated that the Rice Planted with kin grows more, and this finding suggested that family ties can be utilized to improve crop yields. From insects to people, kin-specific behaviors have evolved over and over in animals, showing there is an influential advantage to helping relatives pass on shared genes. Dudley argued that the same evolutionary forces apply to Plants.

In 2020, a group of researchers from Penn State showed that manipulating the character of one gene can induce a form of “stress memory” in Plants that is inherited by some progeny, providing them the advantages for more hardy, vigorous, and productive growth. The research team suggested that this discovery has significant implications for Plant breeding.

Environmental factors shape life on Planet Earth, they guide evolution, so it makes sense that Plants would not only be able to adapt themselves to changing conditions around them but can pass those strategies down to give the next generation a head start.

A gene called MSH1 has long been identified and known to play a significant role in Plant resilience. In this study, the research team found that deactivating it in Arabidopsis Plants assisted them to react to times of stress, such as drought or heat waves. The research team observed that, among other things, these Plants used several coping strategies, including limiting how much biomass grew above ground, adjusting their growth, changing how their roots grew, and delaying when they flowered.

According to the research team, this study’s most interesting and significant finding was that these coping responses could be passed down to as many as five future generations. The team also found that if a Parent Plant had gone through stressful conditions, the same coping behaviors could show up in some of their offspring but not in all of them.

According to Sally Mackenzie, professor of biology in the Eberly College of Science and professor of Plant Science in the College of Agricultural Sciences and the lead author of this study, this memory of stress condition is heritable by offspring but occurs in only a proportion of the offspring, according to this observation there are memory and non-memory full siblings.

The research team used different methods to disable or silence the MSH1 gene. In some, they chose Plants that already had natural mutations inactivating the gene. In others, they switched it off using RNA interference. However it is done, they observed the results are usually similar.

The lead author further pointed out that when Plants are altered epigenetically, they can modify many genes quite simply. That includes adjusting the circadian clock — triggering growth and reproductive phases and detecting light— and modifying hormone responses to give them maximum flexibility, making them more resilient.

Implications of the findings

The lead author explained that by adjusting the epigenetic architecture of a Plant, researchers were able to locate the resiliency network of that Plant and were able to observe how genes were expressed quickly and broadly to adjust a Plant’s growth to adapt to the environment.

Researchers argued that now Plants can be “reprogrammed” epigenetically to expose genes differently without altering genotype, which constitutes a non-traditional approach to breeding. Because scientists can now identify gene networks that appear to be targeted by this manipulation, researchers state that Plants have mechanisms designed to address stress or alter growth, and these can be accessed.

Importantly, the researchers said that epigenetics could be an influential way to bypass concerns about genetically modified organisms (GMOs) as food. While modified crops have been largely found to be safe for consumption, there still remains controversy surrounding the GMO food worldwide.

Epigenetics does not involve adding new genes, which was usually considered the problematic part of genetic engineering in the past. Instead, scientists are now just controlling the expression of genes.

In the past researchers have argued that genetically altered salmon and cabbage are not classifiable as GMOs because they are imitating natural genetic variations rather than creating new ones. This means it is no different from the selective breeding which humans have been doing for millennia. And the U.S. Department of Agriculture has agreed with this statement.

In follow-up research already underway in Mackenzie’s lab, the research team has suppressed MSH1 genes in Soybean and Tomato Plants and grafting experiments have been field-tested with excellent yield results. A large-scale experiment growing MSH1-modified canola is now in the works.