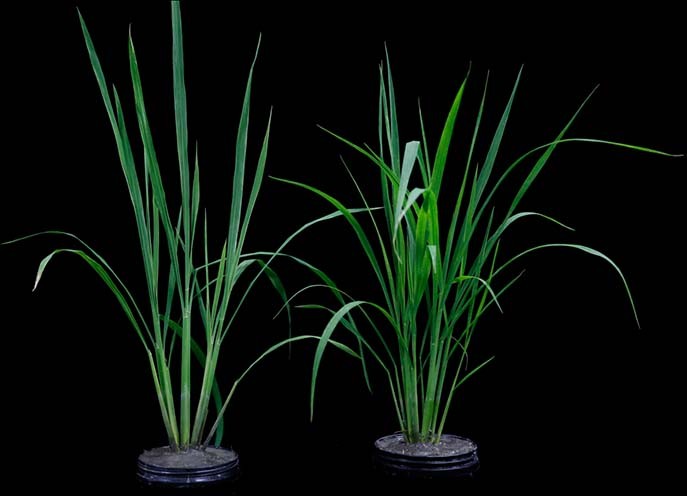 Natural mimicry can be found everywhere in Nature. Over time, it is observed that animals mimic Plants, Plants mimic animals, animals mimic each other, and animals may even mimic counterfactual states that deceive or distract other animals.

In evolutionary biology, mimicry in Plants is where a Plant organism evolves to resemble another organism chemically or physically to adapt and increase the mimic’s Darwinian fitness. Mimicry in Plants has been studied far less than mimicry in animals, with fewer documented cases and peer-reviewed studies.

However, Plants use mimicry to protect themselves against herbivory or sometimes deceptively encourage mutualists, like pollinators, to provide a service without offering a reward in return. This is another form of Plant intelligence that humanity does not pay enough credit TO or DOES not recognize because of how perfectly Plants had deceived humans.

New research from the Washington University in St. Louis and Zhejiang University, the Chinese Academy of Sciences provides genomic evidence that barnyard grass (Echinochloa Crus-Galli) over hundreds of generations benefited from human cultivation practices, especially continuous hand weeding let some strains of barnyard grass very closely mimic rice Plants which allowed them to escape detection and spread from the Yangtze River region about 1,000 years ago.

This form of mimicry, called Vavilovian mimicry, is an adaptation of Weeds to mimic Plants grown particularly by humans for agriculture.

In evolutionary Plant biology, Vavilovian mimicry, also known as Weed mimicry or Crop mimicry, is a form of mimicry in Plants where a weed evolves to mimic one or more characteristics with a domesticated Plant through generations of artificial selection. It is named after Nikolai Vavilov, a prominent Russian Plant geneticist.

Vavilovian mimicry is one of Vavilov’s enduring contributions to science. Based on his observations of domesticated rye and oats, as well as of their non-domesticated wild relatives, Vavilov proposed that the ancestors of Crops were Weed, which over generations came to resemble domesticated wheat because they perceived that wheat-like characteristics helped them avoid being weeded out by farmers.

Such human-driven evolution of Weeds to mimic Crop Plants has never been conclusively demonstrated until 2019. This international research team sequenced the genomes of rice-mimic and non-mimic forms of the Weed as a step towards understanding how this evolutionary process has occurred.

Longjiang Fan, a Crop scientist at Zheijiang University and the lead author of this study, has chosen to focus initially on barnyard Grass which seemed to have evolved its Crop-mimicking characteristics in China, a specific variety of which takes on a rice Plants-like appearance early in its lifecycle.

In the early 1980s, Plant evolutionary biologist Spencer Barrett from the University of Toronto had documented this mimicry and proposed that the weeding of rice fields had used selective pressure on the variety, driving it to grow upright like Rice rather than spread out along the ground like its close relatives.

The research team collected 328 specimens of barnyard Grass from paddy fields throughout the Yangtze River basin, according to experts, which was the epicenter of Rice cultivation in China for centuries. They grew their seeds in a field and in a greenhouse to determine whether their seedlings had the Rice-mimicking phenotype.

The researchers also sequenced each Plant’s genome and used the collected data to build a phylogenetic tree of barnyard Grass varieties. Based on the findings, the research team concluded that mimic and non-mimic varieties diverged from each other around 1,000 years ago. They also observed that the mimic’s genome showed evidence of selection in 87 genes thought to control Plant architecture.

However, while common barnyard Grass is a dominant agricultural Weed in the U.S., the Rice mimic form has never become extensively widespread in the southern Mississippi Valley, the main Rice-growing region of the U.S. The research team speculated that this is because U.S. Rice farmers mainly rely on mechanized farming instead of hand labor. And without farmers out in the fields planting and weeding by hand, there is not such a strong selection for Weeds to visually blend in with the Rice crop by mimicking.

Coincidentally, the researchers’ notes in their paper matched the timeline of intensified rice cultivation in the Yangtze basin during China’s Song dynasty. The researchers estimated that the mimic version of barnyard Grass emerged when Chinese historical records indicate that the regional economic center was shifting from the Yellow River basin to the Yangtze River basin.

During this period of the Song Dynasty, human populations were growing rapidly, and demand for Rice as the staple Grain was paramount. This is also the time when a quick-maturing, drought-resistant variety of Rice called Champa Rice was introduced to the Yangtze basin from Southeast Asia that allowed two harvests in a year. Weed management in paddies might have been intensified in the context of these conditions, which drove the evolutionary mimicry of the barnyard Grass.

Can a ‘domesticated’ Plants rever to its wild characteristics?

Plant biologist Kenneth Olsen of Washington University, who is also one of the co-authors of this study, has been studying a variety of Rice known as Weedy Rice. In his studies with this Weedy Rice, he observed that an offshoot of domesticated Rice re-adopted some characteristics of wild Plants that the farmers do not like. Like other Weeds, these Weedy Rice Plants are aggressive competitors in the Crop fields. But at the same time, these Weedy Rice Plants are not completely wild species.

He observed that these Weedy Rice Plants could really specifically adapt to the agricultural environments that he artificially created in the lab. He further explained that such a system could lend insight into whether the genes that control certain traits differ between truly wild Rice and domesticated Rice with a rebellious streak. He exclaimed with surprise that it is just such a fascinating phenomenon, this evolution of these Weedy species that are exploiting crop environments.

The lead author of the study is planning to apply the same approach from their recent study to other species to find the same Vavilovian mimicking patterns on oat and rye to observe whether their phylogenies show evidence that they were selected based on mimicry of wheat.

According to other experts on this field, the barnyard Grass study adds an urge to going after and search for some of these other cases that had been well documented phenotypically but not at the genomic level.