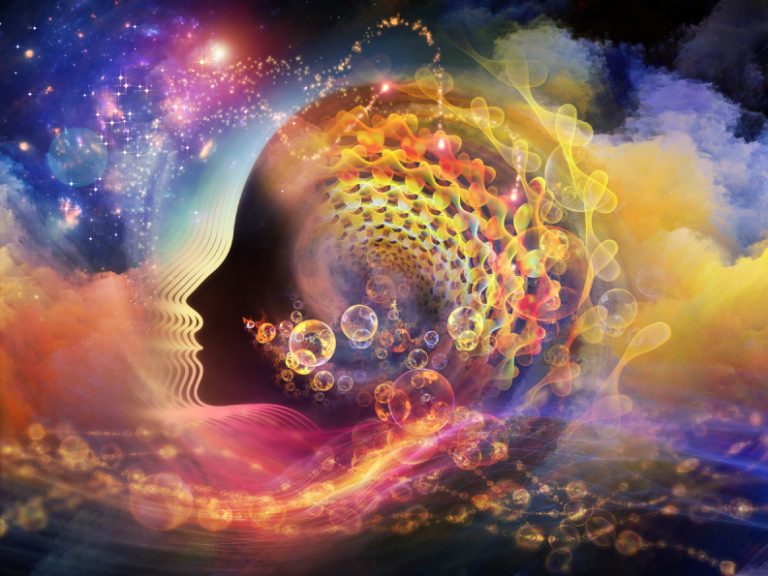 For decades, the concept that the consumption of Psychedelic substances causes people to question their fundamental beliefs, which eventually alter these beliefs, has been popularly accepted in spiritual and psychonauts circles. However, the notion was anecdotal, but recently late November 2021, a group of renowned researchers in Psychedelic science from the Department of Brain Sciences, Centre for Psychedelic Research, Imperial College London, published a study claiming that the consumption of Psychedelic can change a person’s beliefs about metaphysics.

Metaphysics is a branch of philosophy that studies themes such as the fundamental nature of reality, consciousness, and free will1. Numerous research has shown that most people hold distinct metaphysical positions—even if they are not fully aware of it all the time. Researchers over time also observed that metaphysical beliefs interface with such basic domains as health, religion, law, politics and education, and are entwined with a society’s culture and its stability.

Paradigmatic metaphysical positions can be found in physicalism (or materialism), idealism and dualism. Those who advocate physicalism maintain that the nature of reality is fundamentally physical and all mental properties derive from this basic property; the position of idealism states that all physical properties derive from a fundamental reality which is mental, and dualism states that the nature of reality consists of two separate properties which are the physical and mental.

How can Psychedelic substances influence change in metaphysical beliefs?

Everyone has metaphysical beliefs, even if they are unaware of them. For example, many people have an intuitive belief in mind-body duality (that is, the mind and body are separable) even if they have never heard of the term. These beliefs are often associated with certain behaviours as well, for example, with dualists taking less care of their bodies than physicalists—who argue that the mind is part of the body. Similar relationships between metaphysical beliefs and human behaviour can be found elsewhere. Those who believe in free will are less likely to lie, cheat, and be aggressive.

Sharpening one’s understanding of metaphysics can be accomplished with various methods, such as meditation. Near-death experiences often do the same. One commonly discussed but the less investigated method is the consumption of Psychedelic substances.

While many anecdotes suggest that Psychedelics cause people to adopt a non-materialist view of the cosmos, hard data was lacking. After all, it could just be that those already predisposed to idealism — the notion that fundamental reality is mental rather than physical — are also more likely to try these substances.

In the first attempt to confirm and quantify these effects, the research team led by Dr Christopher Timmermann of the Centre for Psychedelic Research at the Imperial College London gauged the metaphysical stances of several hundred people before and after they consumed Psychedelic substances like Psilocybin in a ritualistic setting.

The study came in two parts. In the first, nearly 900 volunteers who signed up to attend a Psychedelic ceremony were recruited to answer a series of questions — for instance, on realms of existence — aimed at determining their baseline metaphysical beliefs. After the ceremony (in which Psilocybin was used), the volunteers were asked to complete the survey again four weeks and six months later.

In general, users reported moving away from belief in materialism or physicalism — that is, the idea that the universe is primarily physical rather than mental or spiritual — and toward other views such as transcendentalism, non-naturalism, or idealism. Effects were seen at both after four weeks and six months, and the effects were largest for those who were taking the substance for the first time. Another important change was the drift from hardline stances of any kind toward more mixed or moderate views. Participants also reported improved mental health.

The clinical trial was similar but involved only 60 participants. Half were given escitalopram, a pharmaceutical antidepressant and the other half Psilocybin. The results were largely the same, with the psilocybin group experiencing a shift away from hard materialism toward more transcendental, idealistic, and supernatural conceptions of the universe.

Overall, the research team observed that the Psychedelic experience moved people away from a “hard materialist” view. However, regardless of belief (in materialism or dualism), people tended to moderate their views after consuming Psilocybin — as if Psychedelics made people more tolerant of uncertainty.

According to the study authors, focusing specifically on Psychedelics, recent evidence has demonstrated that Psychedelics can reliably and robustly induce intense, profound, and personally meaningful experiences that have been referred to as mystical-type, spiritual, religious revelations, existential, transformative, pivotal, or peak. Some specific facets of these potentially transformative Psychedelic experiences include: a perceived transcendence of the physical bounds and laws of this ‘consensus reality’ encounters with ‘supernatural’ beings and ultimate reality, and the witnessing or comprehending of spatial and temporal vastness, a sense that the ‘cosmos is fundamentally conscious’ and/or that all things are essentially inter-related or connected, i.e. the so-called ‘unitive experience.

The authors finally concluded that it is beyond the scope of this paper to draw any conclusions regarding which metaphysical belief system is best for mental health, but they do speculate that very stringent beliefs of any kind about metaphysics are unhealthy.