Psychedelics, death and the window to the afterlife 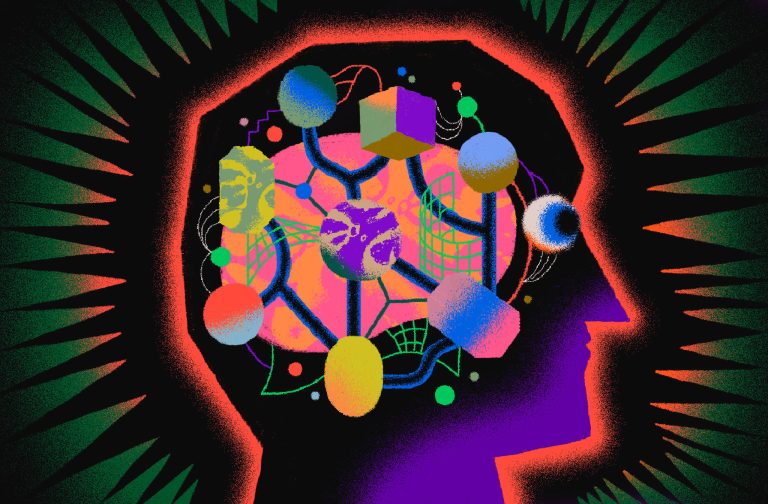 Death and the mystery beyond death both are common elements that all human beings share as experience.

From ancient times different religions have offered different explanations for an afterlife, while others may hold on to the belief that death is no different from going to sleep.

As a human being, whether one struggles with their own mortality, grieves over the loss of a loved one, or offers emotional support to a friend or close one with a terminal illness, the most challenging emotional experiences for a human being revolves around dying.

In the recent growing field of Psychedelic research, new ways of managing death anxiety and grief are starting to emerge, particularly around the naturally occurring Psychedelic substance DMT. The Psychedelic experience offers the consumers insight into unexplored parts of their minds —which may hold the key to understanding and coming to terms with mortality more easily.

There are numerous anecdotal reports of Psychedelic ‘Visions’, including visits from deceased friends and family. The Holy Banisteriopsis Caapi Vine, the main ingredient of the Holy Medicine of the Divine Mother Ayahuasca, is so closely related to death that local people have bestowed the title “The Vine of Death”.

The Holy Banisteriopsis Caapi Vine provides the bridge of communication between the living and the dead/spirit. Besides many other roles, indigenous people of the Amazon basin have been consuming the Holy Medicine for thousands of years to communicate with their close ones who have died recently.

The Holy Psychoactive Plant, Datura, is also well-known for frequently inducing a state where living people can experience the presence of deceased close ones.

Datura has several species of flower which grow across the world in temperate climates. Present in the Americas, India, China, and Europe, Datura has historically been consumed as an aphrodisiac in India for ‘Visions’, and in ancient Greece Datura was mythologically associated with the Oracle of Delphi and South American cultures, and has been well-known in witchcraft in European cultures.

In myth, Datura has been associated with necromancy and is said to be a gateway between life and the afterlife. The experiences caused by The Holy Psychoactive Plant Datura, however, can be dangerous for even healthy users and should only ever be consumed with extreme caution.

Similarly, people often report visits from friends and family who are both dead and alive while under the influence of N,N-Dimethyltryptamine (DMT). Since the experiences with DMT are incredibly strong and tend to be likened to a ‘waking dream’, the consumer generally feels that these ‘Visions’ are entirely real, regardless of the external context in which they are receiving them. For some, this can offer an opportunity for closure while grieving over the loss of a loved one.

A study conducted with around 2000 DMT consumers found that ‘Visions’ frequently involved ‘apparitions’, which included dead relatives with an approximately 5% probability. Similar to the Datura experiences, consumers often felt as though the ‘Visions’ were real and meaningful.

Similarities between near-death and Psychedelic ‘Experiences’

DMT is the most unique and strongest among other Psychedelic substances for occurring naturally in the human brain. Attempting to understand the human perception of an ‘afterlife’, scientists have noted the similarities reported between a near-death experience (NDE) and DMT induced experiences. According to scientists, these are the overlapping experiences:

After both a DMT journey or a near-death experience, people often go through profound changes in life and realize a profound shift in how they view death, meaning, and their role in nature.

Philosopher Raymond Moody coined the phrase ‘Near-death Experience’ back in 1975 —and even then, he noted the similarity between these and the Psychedelic induced experience. Some have theorized that the brain released endogenous DMT at the point of death, which accounts for all of the parallels. If true, this could offer researchers deeper insight into the experience of dying without the obvious ethical dilemma of needing to almost kill people in order to do so.

Building on this theory, some have even suggested that time dilation induced by endogenous DMT at the point of death could offer the experience of an eternal ‘heaven’ or ‘hell’. Religious beliefs that good deeds or bad deeds will influence your afterlife destination would be reflected in your psychological condition having an influence on the individuals’ ‘experience’.

Based on the latest research, it is highly believed that, at least in part, the effect of ego death may account for the therapeutic potential of Psychedelic ‘experiences’. There is now ample evidence suggesting that substances like Psilocybin have long-lasting beneficial effects on subjective well-being and can reduce OCD, anxiety, and long term depression, even from a single dose. LSD’s potential to treat anxiety disorders and the power of The Holy Medicine in fighting depression are becoming recognized as well, as this kind of research is just starting to unfold.

An interesting recent article suggests ego-dissolution and unitive-experience are central mechanisms at play in Psychedelic-assisted psychotherapy and possibly the future of treating mental illnesses. The author argues that the emotion of awe caused by ‘Mystical Experiences’ promotes the activity of the “small self”, which he claims is the apparent key to understanding the effects of these ‘experiences’ in a therapeutic context.

Ego-death appears to be potentially very beneficial to ‘Healing’ with Psychedelic therapy. As daunting as it may appear, the ability to temporarily experience the loss of the ego and become everything seems to hold a great secret, a key for unlocking new ‘Visions’ of the self and for remembering what feels like a pure state of well-being. But like all Psychedelic therapy work, it is up to the individual to take this insight and new perspective and actively integrate it into his or her life. Ego-death is just the beginning; It is only after death, in the rebirth through integration that the real journey begins.