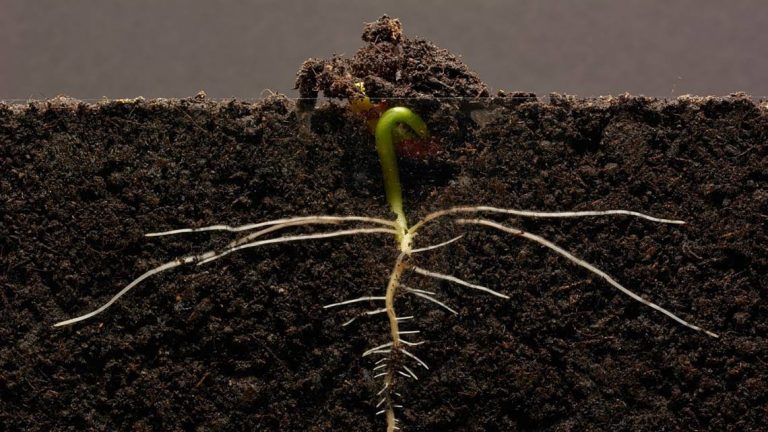 According to scientists, one of the most significant differences between Plants and animals is that animals have neurons or brains, which Plants do not have. Regardless of not having a central brain, Plants have been making precise decisions to solve complex problems even in the form of seed, where the whole seed acts like a brain.

Despite not having a central brain, every aspect of Plants exhibits intelligence which has captivated the scientific world for a long time. Every discovery scientists are making is connecting dots, which is leading humanity towards acquiring the wisdom of Plants which has resulted from millions of years of evolution.

A new study published this month discovered that Plant roots and animal embryos rely on the same chemicals for successful development. Though the animal tissue-generating capacities of a group of compounds called retinoids were already well-known, only recently did scientists find that they also manage the development of Plants’ lateral roots.

The term retinoid refers to a group of compounds that derive from vitamin A. This means that they possess structural or functional similarities to vitamin A. Retinoids can be natural or synthetic and include many types and forms, such as retinol, retinal, and retinyl esters. From previous studies, it is now well-known that a type of retinoid called retinal compound plays a crucial role in all vertebrate animals, including humans. The whole process of turning a fertilized egg into an embryo with a little beating heart is kick-started and regulated by the retinal. This compound helps stem cells differentiate, generate specialized and specific tissues, such as blood vessels, bones, and a nervous system. Animals cannot produce retinal, but they must ingest it either from Plants or herbivorous animals for growth.

According to Alexandra Dickinson, assistant professor at the University of California, San Diego, and the lead author of this study, it is well-known that Plants have the ability to produce this compound, which is very important for animal development, and for this reason, it was very tempting for the research team to check the compound’s role in Plants’ development as well. And the study result proved that the research team had good suspicions.

After planting a seed, it first develops a long vertical root from where gradually smaller roots, known as lateral roots, grow out of. Over time, these lateral roots will repeatedly branch out and spread all around the main root, forming a web which stabilizes and feeds the Plant. According to the research team, these roots do not just spring out randomly.

In the process of identifying what determines and regulates the lateral roots’ development and rhythm, the research team found that retinal molecules form a tag-team connection with a protein inside the Plant cell in a process called protein binding.

To rectify what they suspected, if the retinal was indeed behind the lateral root development, Dickinson and her team treated seedlings with a dye that glows when a protein inside a cell binds the retinal. As the seedling grew, glowing dots appeared near the tip of the main root. Soon afterwards, a lateral root would grow from those glowing spots. When the process was repeated at regular intervals as the seedling developed, the research team found that a peak in retinal binding preceded the growth of a lateral root.

Next time, to confirm their initial findings, the team applied synthetic retinal directly to the Plants’ primary root. Seedlings that got extra-retinal support developed more lateral roots than normal. To be extra sure, the team this time applied a specific compound that disrupts the retinal production in Plants and saw that these seedlings made very few lateral roots.

The cells of an animal embryo depend on specific special proteins to grab retinal from their surroundings. Though the Plants produce their own retinoids, they still need special proteins to bind them to activate the lateral root developmental processes. To their surprise, the research team found that the protein Plants use to bind retinal is similar or a doppelganger to the one found in animal cells. They seem different at first but have a similar structure and shape.

Plants and vertebrate animals are very different in so many ways. Over 1,500 million years ago, they got their own separate evolutionary paths. But finding that both of them are still using closely related chemical compounds to generate new tissues during their development is a clear indication of a phenomenon called “Convergent evolution”—where nature is independently reaching similar solutions to similar problems in two very different organisms. Discovering the precise ways in which both regulate the development of Plant root tissues opens a whole new set of doors. Understanding how they regulate the development of Plant root tissues is essential for a better understanding of the relationship between Plants and animals and for opening new research pathways in medicine.