Scientists engineer Plants to detect when Fungi communicate with roots 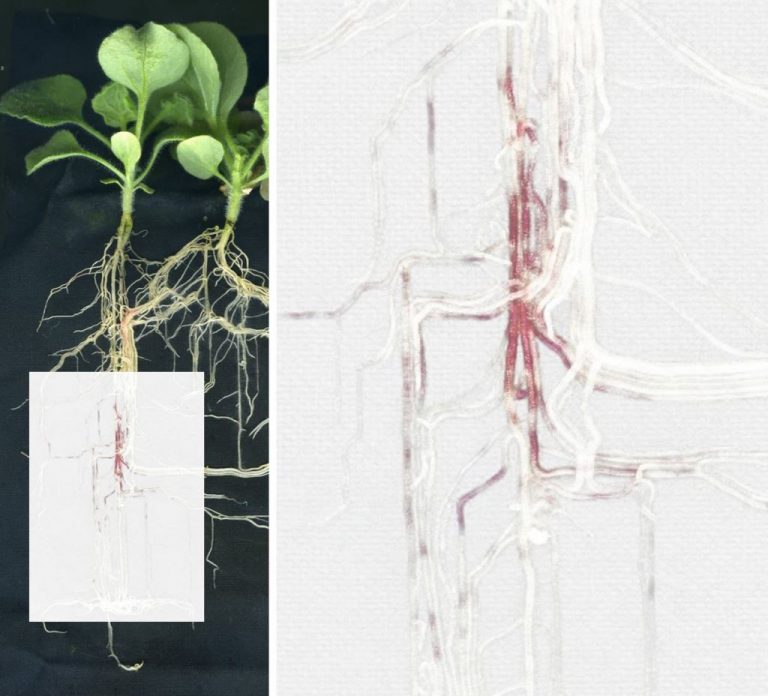 Fungi are the forefather of all life forms on Planet Earth. Before Plants diversified on land, Fungi dissolved the rocks of barren land for millions of years and produced soil with carbon-based gases, which made the environment Plant-friendly, and eventually, they are the ones who drove Plantlife from water to land. Fungi did not stop there; even now, after millions of years of coexisting evolution, they are still continuously helping sustain Plant life by maintaining symbiotic relationships with them.

The complex lifecycle of the whole animal kingdom is completely dependent on the symbiotic relationship they form with Plants. Over 90% of land Plants are still directly or indirectly dependent on various species of Fungi. Especially over 80% of vascular Plants form a symbiotic relationship with a particular type of Fungi—called Arbuscular Mycorrhiza (AM) Fungi to expand their root surface area for minerals, water, nutrients, and other chemicals which allow the Plants to use various features they need to diversify.

According to the experts, the more nutrients Plants gather naturally, the less artificial fertilizers are necessary. Understanding this natural process can open up doors to enhance the natural process. This is an ongoing research challenge the current scientific world is taking on as progress in understanding the process is likely to pay huge dividends for agricultural productivity.

Many researches have been conducted to understand how Fungi communicate with Plants’ roots, which has already brought many fruitful results, and based on those results, many more studies are ongoing. Last year a group of researchers from the University of Wisconsin-Madison showed how Fungi manipulate their own genes to establish a symbiotic relationship with Plants.

This year another group of scientists from the University of Cambridge exhibited this 400 million-year-old symbiotic process between Fungi and Plants roots which develops in real-time by using Beetroot dye. They designed Plants whose cells and tissues blush when they are colonized by Fungi which help them take up nutrients from the soil.

The Research, methods, and its findings

According to Dr. Sebastian Schornack, a leading researcher at the University of Cambridge’s Sainsbury Laboratory and the co-author of the study, scientists previously had no idea about the processes in a living Plant without the use of elaborate microscopy because there was no way to visualize.

To visualize the whole process, the research team designed two model Plant species, one of them was a legume and the other one was a tobacco Plant, so that they would present the highly visible betalain pigments when AM Fungi start to communicate with their roots. The process also involved combining the control regions of two genes activated by AM Fungi with Beetroot genes which synthesize re-colored betalain pigments.

The newly engineered Plants were then grown in a transparent structure so that the whole root system was visible, and images of the root system could be taken with a flatbed scanner without disturbing the Plants. Using this technique, the research team could easily select red-pigmented parts of the root system to observe the process of how Fungi entered individual Plant cells and formed elaborate Tree-shaped structures that the scientists call arbuscules. This is like seeing growing of another Tree within the roots of the Plant. According to the authors, this is the first time scientists were able to visualize the process of how Fungi start colonizing Plants roots that can be observable through naked eyes.

The scientists described this as an exciting tool which can visualize the symbiosis process and reveal other hidden Plant’s processes. The research method is genius because Beetroot pigments have a distinctive color, so they are very easy to see, and as they also have the advantage of being natural Plant pigments, they are well tolerated by other Plants.

Understanding and exploiting the dynamics of Plant root system colonization by Fungi has the potential to enhance future crop cultivation in an environmentally sustainable way. If Plants can take up more nutrients naturally, this will reduce the need for artificial fertilizers, which could save money and reduce associated water pollution.

Very recently, Mycorrhiza Fungi are attracting growing interest in agriculture research. This new tool can provide the ability to ‘track and trace’ the presence of symbiotic Fungi in soils from different sources and locations. The researchers say this will enable the selection of Fungi which colonize plants fastest and provide the biggest benefits in agricultural contexts.