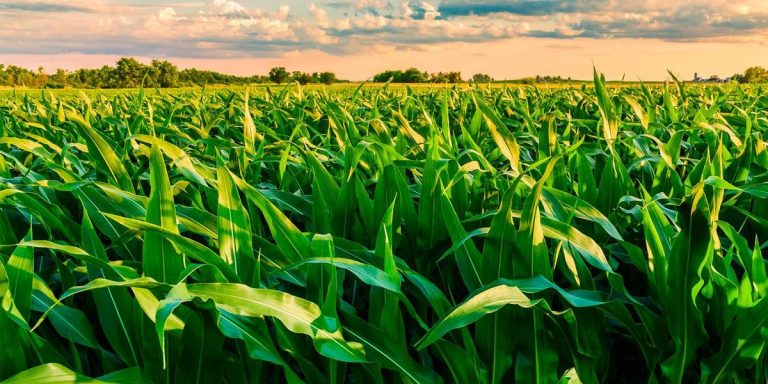 According to the United Nations Food and Agriculture Organization’s (UNFAO) projections, by 2050, the world will need to grow 70% more food as the global population rises to over 9 billion. The current rate is not good enough to reach the target, and the scientific world is in desperate need for new innovations.

Blue-green Algae or Cyanobacteria are one of the first microorganisms on earth who mastered photosynthesis and created the first stage for life to thrive on the planet, by boosting oxygen on a massive-scale for a billion years. Through ‘endosymbiosis’, they taught Plantlife the photosynthesis process by which life on water and land thrived. Nowadays it is well-known that Cyanobacteria photosynthesizes more efficiently than most crops and Plants.

Based on previous research, a research team from the University of Illinois theorized that teaching crop Plants to concentrate carbon dioxide in their leaves could increase the efficiency of the photosynthetic process by 60%, and as a result, yields could increase as much as 40%. According to their research, they want to teach crop Plants to photosynthesize more efficiently with the genes of Cyanobacteria.

A computer model simulation of photosynthesis indicates room for improvement

In 2014, a research team from the University of Illinois led by Stephen Long used a computer model to simulate how adding genes from Cyanobacteria might influence current photosynthetic efficiency in Plants. Cyanobacteria hold small structures, called “carboxysomes”, which concentrate carbon dioxide at the site of photosynthesis.

The research team modeled the whole system and combined all the components in a Cyanobacterial system one at a time to the computer simulation to examine if they exhibit an advantage. The team observed that some of the carboxysome genes were limited, while others greatly enhanced photosynthetic efficiency in crop Plants such as soybean, rice, and cassava. For example, adding a gene for a bicarbonate transporter, which carries carbon dioxide across the carboxysome membrane, enhances photosynthesis by 6%.

They also observed that if they put in about eight components of the carboxysome system, the model demonstrates that the efficiency of the photosynthesis process could get a 60% increase. According to the lead author of the study, it would take about five years to implement this concept in a model Plant. Thereafter, even if everything goes according to plan, it might take 15 to 20 years to see this in action in any crop Plants.

Following the research led by Stephen Long at the University of Illinois, many researchers have tried and failed to implement the genes from Cyanobacteria to Plants, but in the same year, the Rothamsted and Cornell researchers have successfully replaced the gene for a carbon-fixing enzyme called Rubisco in a tobacco Plant with two genes for a Cyanobacterial version of Rubisco, which works faster than the Plant’s fundamental enzyme. They genetically engineered a tobacco Plant, developed with two genes from Cyanobacteria, which exhibited promises for improving the yields of many food crops.

According to Maureen Hanson, one of the co-authors of the study, and Liberty Hyde Bailey, Professor of Plants Molecular Biology at Cornell, this is the first time that a Plant had been designed through genetic engineering to fix all of its carbon by a Cyanobacterial enzyme. And it is an important first step in engineering Plants with more efficient photosynthesis.

The research team also observed that all Plants need Rubisco to fix carbon during the photosynthesis process. Rubisco reacts with both carbon dioxide and oxygen in the air, but when it reacts with oxygen, a Plant’s degree of photosynthesis slows down, resulting in lower yields.

Rubisco is less reactive with oxygen in many crop Plants, including tobacco, but a trade-off drives to slower carbon fixing and photosynthesis, and thus, fewer yields. The Rubisco in cyanobacteria fixes carbon faster, but it is more reactive with oxygen. As a result, in cyanobacteria, Rubisco is protected in special micro-compartments called carboxysomes, which keep oxygen out and concentrate carbon dioxide for efficient photosynthesis.

Latest on the research

Following the previous research, a new Cornell University-led study was published in 2021 that describes a significant step towards accomplishing the research goal to improve crops’ yield by increasing the efficiency of the photosynthesis process of crop Plants. Professor Maureen Hanson from the previous study is the senior author of this study.

One of the crucial hurdles the research team faces in improving photosynthesis in crops is that Rubisco reacts with carbon dioxide and oxygen in the air. The reaction with oxygen creates toxic byproducts that slow down the photosynthesis process and thereby decrease the yields. But according to previous research results, the Rubisco in Cyanobacteria is contained within microcompartments known as carboxysomes that shield the Rubisco from oxygen.

According to the author, the carboxysome additionally lets the Cyanobacteria concentrate carbon dioxide so Rubisco can use it for faster carbon fixation. As the crop Plants do not have carboxysomes, this new research goal was to eventually put the entire carbon-concentrating mechanism of Cyanobacteria into crop Plants.

To manage this system to work in crop Plants, the research team must remove carbonic anhydrase, a naturally occurring enzyme, from the chloroplasts in Plant cells where photosynthesis occurs. According to scientists, anhydrase’s role is to create a balance between carbon dioxide and bicarbonate in Plant cells by catalyzing reactions in which carbon dioxide and water form bicarbonate and vice versa. But in order for the carbon-concentrating mechanism from Cyanobacteria to work in crops, bicarbonate in the system must reach levels many times higher than those found at balance.

So, in this study, the research team removed anhydrase using CRISPR/Cas9 gene-editing technology to disable genes from the chloroplasts which express two carbonic anhydrase enzymes. The authors mentioned in the paper that different research groups had used a different method to remove 99% of the anhydrase enzyme’s activity in the past, and the Plants grew normally. But when Cornell researchers removed 100% of the enzyme’s activity, the Plants hardly grew, which demonstrated that Plants require this certain enzyme to make bicarbonate which is used in pathways to make components of leaf tissue.

Contrary to previously held views, these experiments showed that the absence of carbonic anhydrase did not interfere with photosynthesis.

Another potential problem is that carbonic anhydrase found in chloroplasts is known to be involved in the Plant’s defense pathways. However, Cornell University researchers discovered that they could incorporate an enzymatically inactive version of the carbonic anhydrase and still maintain the Plant’s defense. According to Hanson, it is known to the scientific world that it is possible to make an inactive enzyme which will not affect Plants’ carbon concentrating mechanism but will enable the crop Plants to be resistant to viruses.