Speciality, Prestige, Hierarchy and Rankings among the Shamans in the Amazons 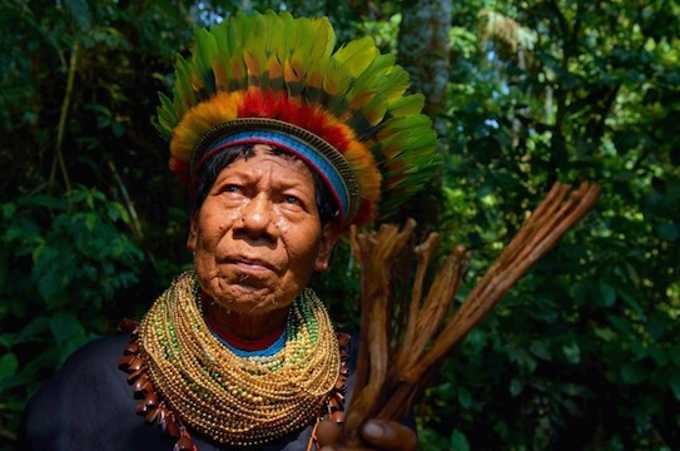 There is an unspoken hierarchy among mestizo shamans, which are relatively informal rankings based on length of practice, number of Sacred Ceremonies, number and types of Holy Plants they have mastered.

Shamans often are specliased, or have subspeciality.. In the Upper Amazons the Most important Holy Plants are Mapacho, Toe and the Holy Banisteriopsis Caapi Vine. There are Three Primary shamanic specialities – the Tabaquero, the Toero, and the Ayahuasquero. Besides, there are many subspecialties as follows:

The categories and rakings are as below:

The Banco: A mestizo healer with the highest power and repute, who are known to have remarkable abilities such as being in two places at once, fly with speed and skill, powers of healing, transform into animals and more. One must practice for forty years, which is why most Bancos are old, and most never leave their place in jungle. Bancos are said to be living seats of Ancient Shamans. Legend says they could be possessed by the dead and speak.

The Muraya: Muraya Shamans are higher in status than regular shamans. The skills attributed to them are similar to the Banco Shamans.

The Sumi: Sumi or Sume is used to primarily refer to a master shaman with abilities to go at will into the underwater realms. As said by Pablo Amaringo, Sumis are “capable of entering the water as if it were the easiest thing in the world”. They are often referred to as Sumiruna.

The Amazons, with its ancient glorious history of Shamanism, the depths of which is mystical and mystifying. It is a wonder and fascinating to know about the details and capabilities possessed by the Shamans. One has to wonder, on the similarity of the Shamanic capabilities, like that of the Banco, or the Muraya, with the Yogis of Ancient India, who were also known to possess similar skills – i.e. flying, being in two places, etc.

The path of the Shaman is a path of a spiritual enlightenment seeker, one who attains the ability to heal, and also harm if they want.

Beyer S. V., 2009, Singing to the Plants: A Guide to Mestizo Shamanism in the Upper Amazon, University of New Mexico Press, USA.