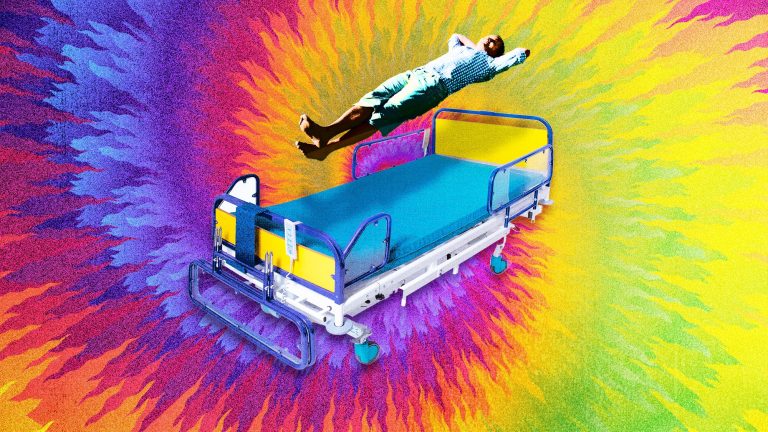 Years after years, many psychologists, through their numerous studies, have demonstrated that childhood maltreatment (CM), such as physical and emotional abuse and neglect, including sexual abuse, is extremely common worldwide which is very closely related to the causes of extensive mental and physical disorders in the adults.

Even childhood maltreatment is often referred to as developmental trauma in order to signal the lasting and global effects of prolonged exposure to trauma on the child’s cognitive, affective, social, and biological development.

Coleman, in his book “Psychedelic Psychotherapy”, published in 2017, stated that recent emerging clinical data have been verifying longstanding anecdotal reports that Psychedelic substances are singularly effective in treating the psychopathological sequelae of childhood traumas.

Recently the science of Psychedelics is leading a paradigm shift in the field of mental health issues. Psychiatrists are now starting to understand mental disorders from a different perspective in the light of Psychedelic-assisted Psychotherapy. Typically common treatments of the consequences of childhood maltreatment, such as antidepressants, do not address the trauma itself.

This latest study conducted by faculty members of the Department of Psychology from the New School for Social Research, New York, showed how Psychedelics could fill the gap and approach the root causes of childhood abuses.

The researchers found that there were significantly lower levels of complex trauma symptoms and feelings of internalized shame in the participants that had consumed Psychedelics therapeutically. They observed that participants who had consumed Psychedelic substances like LSD, Psilocybin, or MDMA to self-medicate were less likely to experience severe symptoms of PTSD like feelings of deep shame and guilt or suicidal thoughts. Remarkably, and most importantly, this was found despite the two different groups (Psychedelic consumers and non-Psychedelic consumers) undergoing similar levels of childhood abuse and neglect.

Psychedelic-assisted psychotherapy for treating the root cause

Trauma is frequently becoming embedded in most human dialogue around mental illness. According to renowned physician Dr Gabor Mate, the greatest damage done by trauma, neglect, or emotional loss is not the immediate pain they inflict but the long-term distortions they induce in the way a developing child will continue to interpret the world and their situation in it.

The psychiatrists observed that these long-term distortions are often experienced as feelings of deep shame—a negative view of themselves can lead to an inability to accept themselves for who they are. This can then have a knock-on effect and foster patterns of addiction, depression, or other mental health issues.

Now the question arises, why Psychedelics are so successful at treating these symptoms of trauma?

Regarding this, the researchers still do not understand the mechanism clearly but argue that these substances may act as a catalyst for the change in the perception—change in how humans see themselves. From previous observation, it is now evident that high doses of Psychedelic substances can induce the experience of ego dissolution—the realization that there is no continuous self.

The researchers suspect that this experience of ego dissolution may be a force for change that evokes the realization that the patient as a ‘self’ is not a continuous fixed self, providing the insight that they can become different and change themselves from the core. The study authors stated that many participants from this study highlighted how their Psychedelic experience or journey has helped them move towards a healthier and happier version of themselves. One of the participants had confessed that this Psychedelic-assisted psychotherapy had freed him from the ego that he had spent his whole life creating.

While the study results are promising, according to the study authors, this simply represents a first step in the consumption of Psychedelic substances or the Holy Plant-based Medicine to ‘Heal’ trauma at the root cause.

However, due to the nature of the study, which is uncontrolled online samples, the researchers cannot be fully sure whether Psychedelics substances or the Holy Plant-based Medicine should be prescriptible for the general population. The study authors urged for more robust research to investigate the potentially powerful trauma combatting effects of the Holy Plant-based Medicine.