Study suggests parts of the Amazon Rainforest is now a net carbon emitter, rather than carbon sink 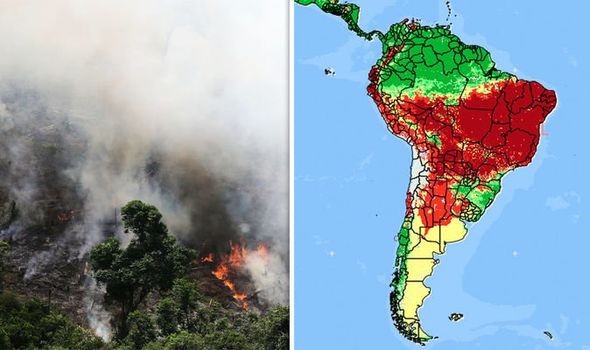 A vital organ of earth is the Amazons – the largest Rainforest which plays important function in Earth’s water and carbon cycles. The Amazon Rainforest is the home to highly diverse ecosystems, and over 390 billion Trees, which have exceptional capacity to recycle water by pumping it from the soil back up into the atmosphere, and also play the very important role of storing carbon. When Trees die, either through natural causes or deforestation, the carbon returns to the atmosphere.

The Amazons have been considered as an important ‘carbon sink’ for the Earth. However, a new study by Brazilian scientists is questioning this by suggesting the Amazons now emit billion tonnes more carbon dioxide each year than can be absorbed – thus resulting in a net carbon contribution, unlike before.

The Brazilian scientists, lead by Luciana Gatti, spent about a decade flying back on forth in the Amazons, collecting samples for analysing carbon dioxide concentration, at different altitudes and over different areas, from highly deforested to well-conserved ones, to eventually they realised that some parts of the Amazons have net carbon contributors.

With increasing temperatures, the Rainforest needs more water to adjust. When temperatures go beyond 32.2°C (90°F), the Rainforest begins to lose biomass and release carbon, as was found by a large international study recently. The Trees in the Rainforest which thrive in moist environments are being replaced by species which are more adapted to dry conditions.

Evidence clearly shows deforestation has driven climatic changes along the southern and eastern regions of the Amazons.

As the Trees in the Amazon Rainforest are not adapted to fire, this is having significant impact, assume expert Aline Pontes-Lopes, researcher with Brazilian National Institute for Space Research (INPE) and also the author of study which is researching how Rainforests in Central Amazonia recovered from wildfires caused by the 2015 drought.

Although humidity in the region had saved from fire destruction historically, new research suggests humidity might not be able to protect against igher intensity fires resulting from climate change. Recurrences of Forest fires in recent years have resulted in the creation of white-sand savannas.

This happens in floodplain Forests locally called ‘igapós’, which undergo severe annual drying and flooding. During rainy season, large parts of the Trees remain under water. However, during the dry seasons, the water levels drop over 5 meters (16 feet).

Although soils of the Trees in the Rainforest have rich nutrient, and forms a mat which protects the soil from water erosion, during dry seasons, the root mat can become exposed and flammable. And with recurrent Forest fires over short span, the affected areas cannot recover. The soils in those areas lose their nutrients, becomonig sandy, with and becomes colonized by savanna Tree species, which are more adapted to these new open spaces.

To bring Amazons back to its earlier position from presently identified net carbon emitting position, Forest loss by deforestation and fire must stop.