Symbiosis is the basis of life: learnings from nature adopted by communities 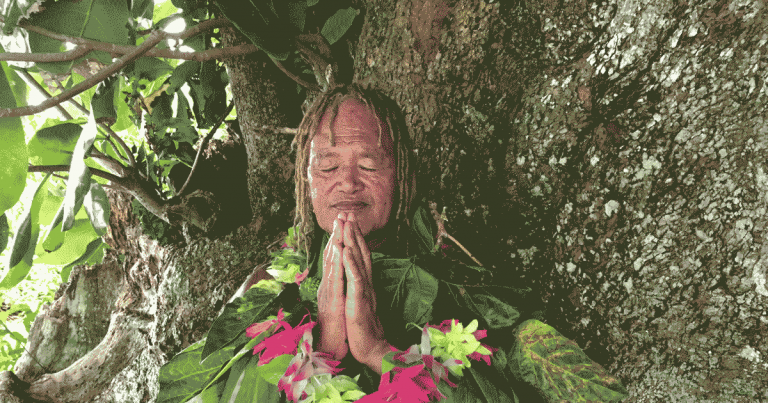 Life on Planet Earth is like an interconnected living organism with interrelated parts or elements which collectively both include and transcend the parts individually – creating a unique collective whole. For example, a single-family is a system with a group of individuals, a group of families creating a society. Human bodies are systems with all their different parts that together make a human body. Similarly, an organization, with all the multitude of roles people hold together. Thus, all the human communities, cities, bioregions, rivers, Forests, weather, climate, etc., are all living systems, connected with each other, operating as ‘one’ earth’s organism.

A biosphere comprises biological life, physical environment, together forming an amazingly complex interconnected evolving system. The multitude of unique parts of the biosphere— from microscopic organisms to oceans, rivers, mountains, deserts, Plants, and animals— all are connected to this carefully woven network of life which collectively contributes to the character and quality of life on Earth as a whole.

Similar to a biosphere, an ecosystem is a biological community in which various forms of life interact with one another and their physical environment. Plants, microorganisms, animals, elements, all of the parts of the system together as a whole make up the functioning ecosystem. In essence, ecosystems are complex, interrelated living systems in which all of the parts contribute toward the dynamics of that given ecosystem. Energy from the sun, Plants and photosynthesis, animals both prey and predators, and the life cycles that are part of ecosystem functions; all of the parts are related in a complex web of interconnection. Symbiosis is the thread by which this web of interconnectedness is woven.

Every form of life has evolved as a member of the biotic community through the evolution of life on Planet Earth. Every life form now lives at a scale that every one of them contributes to the character and quality of the whole collective system. Every member of this biotic community is continuously interacting with one another through the mechanisms of symbiosis and pushing each other to their highest potentialities.

Symbiosis is the only way to survive and thrive on Planet Earth. All the previous ancient cultures throughout the history of humanity understood this, and based on the mechanisms of symbiosis, they built their family, society, and communities and thrived collectively without harming their environment and other members of their biotic community. These mechanisms can still be observable in the ways the indigenous people live their lives. Generation after generation, the patterns of these mechanisms have been embedded within their morality.

Mechanisms of symbiosis in Amazonians

For a long time, it was thought that most of the regions of this massive Rainforest were untouched by men, and it was never more than sparsely populated as it was believed to have been more than likely impossible to sustain a large population through agriculture because of the poor condition of the soil.

But based on evidence now, it is a fact that Amazon was teeming with a diversified life, and humans were part of this diversity too. Spanish conquistador Francisco de Orellana was the first European who put eyes on the Great Amazon by accident and traveled the length of the Amazon River in 1542.

Gasper de Carvajal, the Dominican friar, chronicled the voyage of Francisco de Orellana; his account was lodged in the Archivo de Indias and mostly forgotten for 353 years, until 1895 when a Chilean historian, Jose Toribio, published ‘The Discovery of the Amazon’ under the subtitle ‘According to the Account of Friar Gaspar de Carvajal and Other Documents’. Later in1934, it was republished by the American Geographical Society. Though at first, the chronicle described by Carvajal was not taken seriously, but with many pieces of evidence, the BBC’s Unnatural Histories showed that Orellana was not exaggerating his claims as previously thought, but it was correct, and now this chronicle is taken as a historical document. According to his observation and description, a complex civilization was flourishing along the Amazon in the 1540s. Now it is believed that civilization later declined from the spread of diseases like smallpox which originated from Europe. Later, this civilization was explored by the British explorer Percy Fawcett in the early twentieth century. The results of his exploration were inconclusive, and mysteriously he disappeared on his last trip.

Meanwhile, agriculturalists have exposed that many Forest soils have been composted and mulched with human waste. These fertile “dark soils” or Terra Preta may cover 150,000 square kilometers, much of which is now covered by the Rainforest again. According to geographer William Denevan and anthropologist Michael Heckenberger, the two pioneers of the idea that the Amazonia had long been ‘modified’ and domesticated by humans, before the arrival of Europeans, the region’s population may have reached up to 50 million. And the newly discovered remains date back to 3,000 years or more.

Recently, an expansive new study was published bearing the names of more than 40 co-authors, showing that the human fingerprint could even be seen across the Amazon Rainforest. According to the study, for more than 8,000 years, people lived in Amazonia and lived in harmony and harness food and livelihood from nature. They favored certain species of Trees over others, effectively creating crops, like the ones referred to as the Brazilian nut, and cocoa bean. While many of the indigenous communities who created and managed these Plants died 500 years ago during the Amerindian genocide, the effects of their work can still be seen in today’s Amazon Rainforest.

To get a better idea of Amazonian biodiversity, ecologist Hans ter Steege and his colleagues had assembled a massive database of biological surveys slowly done by many researchers. In 2013, they reported that certain Tree species were specifically common in the Amazonian Rainforest; according to their survey, half of all Trees across the entire region belonged to just 227 species. Surprisingly, many of these Trees are heavily consumed by the local communities, like the Yanomami of northern Brazil.

Based on these shreds of evidence, it is evident that Amazonians understood the mechanisms of symbiosis and in a way the biodiversity of the Amazons is the contribution of indigenous peoples of the Amazon.

Symbiosis is not only observable in the Amazonians, but people like the Chagga in Tanzania, whose Forest-agriculture systems also support Mount Kilimanjaro’s rich biodiversity and feed a rapidly-growing population. Or, in Iran, Persians have developed qanats, or underground aqueducts, which serve as natural foils to energy-intensive pumps and wells. Then there’s the Khasi people of Meghalaya, India—known as the wettest place on Earth—who have a solution for navigating heavy rains and monsoons: they have trained rubber fig Trees to grow across rivers. Over the course of decades, the massive roots grow, tangle, and strengthen into the only naturally birthed bridges—that can withstand surging water levels and powerful storms. These are people who were embracing regenerative agriculture, zero-waste living, and nature-based solutions from the beginning. Like the Amazonians, they have formed a deeply symbiotic relationship with their surroundings. They see themselves as part of the environment, not separate from it, and thus have no desire to harm it, and take care of the environment as their ‘home’.