Symbiotic Relationship between Plants and their Microbes 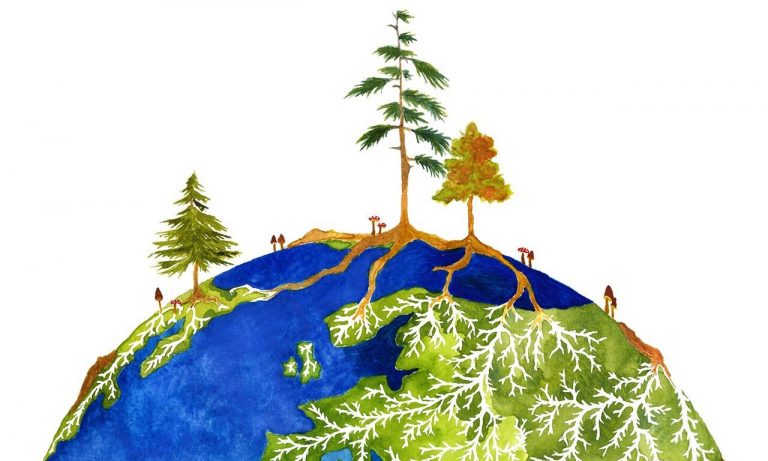 Every aspect of Mother Nature is deeply symbiotic, thus creating a highly sophisticated giant organism, where everything, including humans, animals, Plants, is inter dependable to operate individually and collectively. According to the universal law, ‘as above, so below,’ this symbiotic relationship is observable not only in macroscopic but also at the microscopic level. Thus connecting us and everything visible with the invisible world of the microbiome. This symbiotic relationship between the microbiome and our world is especially crucial for surviving and thriving harmoniously.

Recent studies have shown that a healthy relationship between microbiome and Trees creates more diversified microbiomes, which are good for our immune system and boost our health. As humans, we also have a direct relationship with microbiomes. The human microbiome comprises bacteria, archaea, viruses, and eukaryotes that reside within and outside our bodies. These organisms impact human physiology, both in health and disease, contributing to the enhancement or impairment of metabolic and immune functions.

In a study, Plant microbiologist Professor She-Yang He at Michigan State University and his colleagues found that, like humans, Plants also have microbiomes that impact their physiology and contribute to their enhancement or impairment of metabolic and immune functions. The research also revealed that just like humans, Plants could also suffer from a debilitating condition associated with an abnormal collection of microbes. This condition is known as dysbiosis.

The researchers discovered that some genes and processes involved in controlling dysbiosis in Plants might be similar to those in humans. According to the research team, this discovery of dysbiosis in the Plant kingdom opens new possibilities for stimulating improved innovation in Plant health and global food security.

Relationship between Plants and Microbiomes

The parts of the Plant that grow belowground, called the rhizosphere, and those parts that grow above called the phyllosphere, provide one of the largest habitats for microbe colonization on Earth. The phyllosphere absorbs carbon dioxide for photosynthesis, which is necessary to build biomass, and this is the primary source of food, fibres, fuels, and medicine. On the other hand, the rhizosphere absorbs water and nutrients from the soil to assist in photosynthesis.

Previously numerous studies have demonstrated that Plant microbes help Plants extract nutrients from the soil and assist in coping with drought, local pathogens & insects and other stresses. Several ecological studies have previously noted that the greater diversity of microbes inhabiting Plant leaves, the more fertile the Plants seem to be.

Currently, most Plant scientists believe that we must acknowledge and consider Plants’ microbiome to ensure crop mass productivity and food security. Last year, the U.N.’s Food and Agriculture Organization estimated that up to 40% of food crops are lost due to Plant diseases and pests annually. The U.N. General Assembly declared the year 2020 as the International Year of Plant Health.

According to the researchers, there are different types of specific communities of microbes living on or near the Plants and creating a symbiotic relationship with them. If we pay attention to a healthy Plant within a certain area, it is logically obvious that that Plant must have evolved a sophisticated genetic network to select the right mix of microbes of that area. Then knowing which Plant genes influence the types of microbes surrounding the Plant could guide future research to optimize Plant microbiomes to assist Plants in growing better, stronger, and producing more biomass and crops.

Professor Sheng-Yang He, with his team, identified some of these ‘microbiota-controlling’ genes in the researched Plant thale cress (Arabidopsis thaliana). They found that several genes involved in thale cress immunity and water balance are critical for selecting and maintaining a healthy microbiota inside the leaves.

When they removed these identified genes from the researched Plant, the thale cress Plant could not host the correct mix of microbes and showed symptoms of dysbiosis, including yellow or dead leaves. According to the research authors, this was the first time dysbiosis’s negative effects have been casually documented in the Plant kingdom.

The study’s author exclaimed with surprise that some of these microbiota changes are also observed in human patients suffering from inflammatory bowel disease, suggesting conceptual parallels in the development of dysbiosis in Plants and humans.

Future Possibilities of this Research

According to the researcher, identifying several Plant genes and processes involved in preventing dysbiosis of Plants is exciting for further research. They noted that the ‘microbiota-controlling’ genes they identified in the thale cress can be found in the genomes of many other Plants, indicating that these findings may have broad applicability.

The author expressed hope that they could experiment with changing these host genes in the future, which may lead to microbiota-based approaches that improve Plant health. According to them, gene-editing technologies could be used to create a healthy biome in Plant leaves by enhancing the expression of specific genes. Or maybe another way around, just like probiotics have been shown promise to improve human gut microbiome health, a healthy synthetic microbiome may be formed as a probiotic to prevent Plant dysbiosis.