The Holy Medicine of the Holy and Divine Mother Ayahuasca, creates an ‘afterglow effect’ which is helpful in treating depression 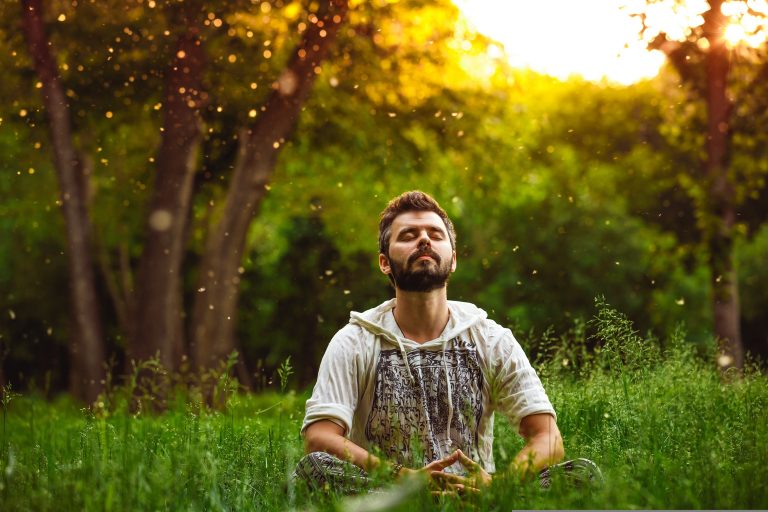 The Holy Medicine of the Divine and Holy Mother Ayahuasca is playing a central role in this new Psychedelic Renaissance that is going on currently. Ancient Holistic ways of healing through Psychoactive Holy Plant-based Medicines in the Sacred Ceremonial environment is influencing our typical modern pharmaceutical modality to become more Holistic. According to our ancestors who had a profound understanding of healing with help from Holy Plants, the origin of diseases is not in the physical body alone. The physical body shows the symptoms of the disease that is going on inside of us mentally and energetically. This is why most of the shamanic or ancient ways of healing consist of tapping into the altered state of consciousness. Currently, scientists are trying to harness benefits from those ancient Holistic technologies of healing through Psychoactive Holy Plant-based Medicines, synthetic Psychedelic substances, and especially the Holy Medicine of the Holy and Divine Mother Ayahuasca.

Numerous researches have been conducted and many researches are ongoing to understand the multifaceted Holistic Healing mechanism. Every research is providing answers, but the provided answer is creating more questions. This is the process of understanding through science we have begun which is slowly educating us what we have forgotten collectively.

To understand how the Holy Medicine of the Holy and Divine Mother Ayahuasca ‘helps’, the researcher found that a post-Sacred-Ceremony state that the participants experience, which is known as the “afterglow effect,” contributes to the whole healing process much more than what they had previously thought.

What is the Afterglow Effect

The afterglow can essentially be understood as a persisting feeling of elevated and refreshed mood, coupled with the feeling of liberation from past concerns such as guilt and anxiety. Some experts defined it as the opposite of a hangover—instead of feeling on the verge of death and sick all the time, the participants describe it as similar to finding eternal inner peace or being cleansed after the Sacred Ceremony which can last for a period of two weeks to a month before eventually subsiding the effects.

An individual’s willingness to experience close relationships with others may increase during the afterglow, and the efficacy of psychotherapeutic interventions is often enhanced. According to the researchers, this is the state and period when an individual starts to integrate all the ‘experiences’ they had learnt from Sacred Ceremonies.

A 2020 study showed a connection between the afterglow and post-Sacred-Ceremony improved cognitive flexibility and more mindful behavior, which assist the participants to be more open-minded and resolve the issues they had faced in the Sacred Ceremony.

What Research says about the Afterglow Effect

Specifically, magnetic resonance spectroscopy showed these neurometabolic changes before and after the Holy Medicine consumption in the Posterior Cingulate Cortex, a region of the human brain related to emotion, memory function, and self-related thinking. This same region has been shown to be deactivated during meditation.

These results suggest that in the afterglow state there is cross-connection in the brain regions, between the default mode network and the task-positive network, two anti-correlated networks in the brain that do not normally connect. And the researchers suspected that this connection could be responsible for the feelings of increased mindfulness and self-kindness after the Sacred Ceremonial experience.

These changes are believed to happen via a glutamatergic mechanism. Glutamate is the most common neurotransmitter in the vertebrate nervous system.

After analyzing the data from this research of assessing the After-Glow effects of the Holy Medicine consumers, researchers found a link between harmine, which is one of the active compounds of the main ingredient in the Holy Medicine – the Holy Banisteriopsis Caapi Vine – and neurogenesis, or the creation of new neurons in the brain. In the latest study authored by Murphy-Beiner and Soar, surveyed results exhibited that the 24-hour period following the Holy Medicine consumption resulted in increased mindfulness, specific observation, description, acting with awareness, and non-reactivity, which was suggestive of a significant improvement in cognitive flexibility.

Other research into the benefits of the afterglow has correlated it with improvements in conditions as varied as OCD, substance addiction, and anxiety in terminally ill patients.

While it is obvious that the afterglow is correlated with diverse benefits, current understanding of the mechanisms which regulate this phenomenon, and comprehension of the phenomenon itself, remains inadequate and lacking. More studies are required that go beyond anecdotal and self-reported data to create research designs which account for dosage, preparation of the Holy Medicine and or Holy Plant-based Medicines, Potency of DMT if any, and the impact of the presence of any other active compounds, if there were. More rigorous research will offer a greater understanding of the afterglow experience, its benefits, and the duration of its action, which will open up new possibilities to utilize this beneficial state of mind and body properly.