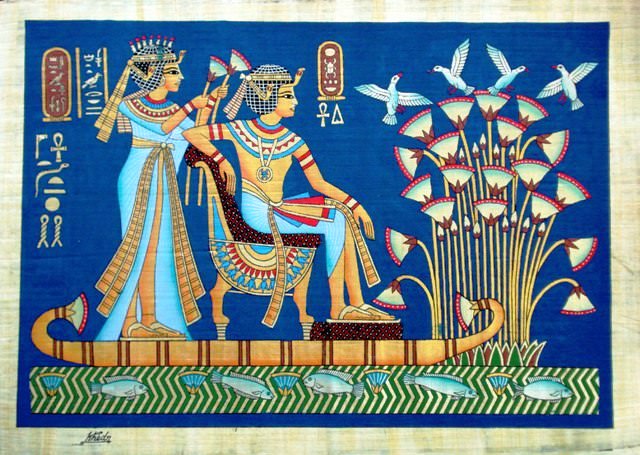 The Egyptian Blue Lotus Flower is known to be a Psychoactive, and have been consumed in history at least since the time of ancient Egyptians. In Egyptian society, the Plant has been integral, with multiple mentions in the Book of Dead. King Tut’s body was found to be covered with the Sacred Blue Lotus petals when his tomb was opened in 1922.

The Sacred Blue Lotus is Sacred to the Egyptian culture as a symbol of creation and rebirth. The Ancient Egyptians believed that the world was originally covered by water and darkness. Then a large Blue Lotus appeared in the water, the flower opened, and light appeared, thus ending darkness on earth. From the center of the Blue Lotus came the solar deities Atum and Ra. The Flower thus became a symbolic depiction of the origins of life. The Sacred Blue Lotus Flowers is widely seen throughout history as a common motif in Egyptian art and architecture.

Nymphaea Caerulea, commonly known as Blue Lotus or Sacred Blue Lily of the Nile, is a tropical Water Lily which features day-blooming, star-shaped flowers, each with upright, pointed, light blue petals spread flat on the water surface. This Water Lily is native to northern and central Africa.

Not much scientific research has been done in regards to the Psychoactive effects of the Sacred Blue Lotus. Some interesting facts about the Sacre Blue Lotus are shared below: