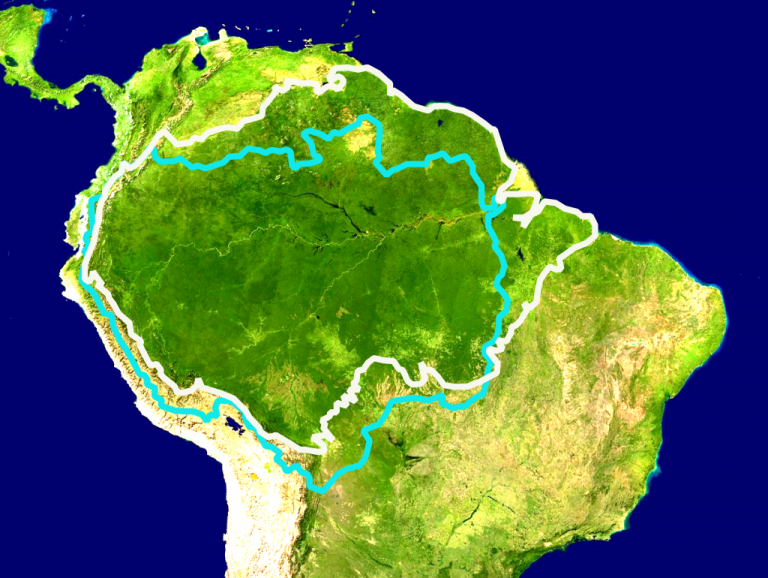 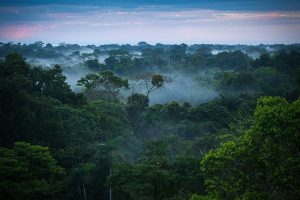 The Amazonia is the world’s largest living Rainforest spanning 6.7 million kilometres square, which is twice the size of India. The Amazon Biome is virtually unrivalled in scale, opportunity, and complexity, and in reality, it is truly a region distinguished by only superlatives. It not only encompasses the single largest tropical Rainforest in the world, but it is also the house of at least 10% of the world’s known biodiversity, including endangered and endemic flora and fauna, and its River accounts for 15% to 16% of the world’s total River discharge in the oceans.

The Amazonia is not simply a Rainforest or networks of Rivers; it is a continent of landscapes, a flowing sea of myriad lakes and streams holding one-fifth of all the world’s running water and home to the countless large number of indigenous communities. Alongside biodiverse Rainforests are table-top mountains, igapo swamps, and savannahs. The first Europeans to come to this heaven were so awe-struck they could only define the Amazon in mythological terms; that is how the name Amazon was originated, in connection with Homer’s ‘Amazons’.

Historical Population in the Amazons 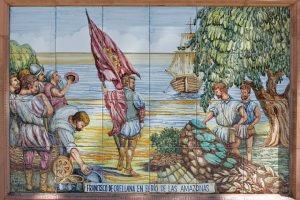 Based on archaeological evidence that is found during the excavation at Caverna da Pedra Pintada, human inhabitants first settled in the Amazonian region at least 11,200 years ago. For a long time, it was thought that most of the regions of this massive Rainforest were untouched by men, and it was never more than sparsely populated, as it was more likely impossible to sustain a large population through agriculture because of the poor condition of the soil. Betty Meggers was one of the prominent archaeologists who advocates this theory, as described in her book Amazonia: Man and Culture in a Counterfeit Paradise. According to her, a population density of 0.2 populations per square kilometre is the maximum that can be sustained in this Rainforest through hunting.

The discovery of the Amazon by West

Spanish conquistador Francisco de Orellana was the first European who set his eyes on the Great Amazon by accident and travelled the length of the Amazon River in 1542. In 1541, he had been recruited by Gonzalo Pizarro to join an army force that was set out to travel the Forests of eastern Ecuador in search of gold and cinnamon.

After nearly a year wandering the Forests, Pizarro dispatched Orellana downstream at the modern-day Cosa River with 50 men to find provisions. After a week of futile drifting along the Napo and the Coca, they met their first tribe- the Irimarai, currently known as Ticuna, who after initial panic welcomed the Spaniards, clothed them, fed them, helped them build new boats, and sent them off into the Amazon River.

Traveling further east, the Spanish met the Machiparo, who nurtured giant fish in artificial lagoons, and another group which had an advanced lowland civilization with roads linking different villages, storehouses were abundantly stocked with maize, manioc, cotton, and glazed pottery that Spaniards admitted was superior to any found in Europe. On 3rd June, 1542, their ship reached the starting point of a black river, which they named the Rio Negro currently known as Manaus. Here they encountered a tribe who erected giant jaguar totems in homage to their rulers, and they described them as a tribe of fierce women. Orellana referred to them as ‘Amazons’ after the mythological legendary female warriors.

Amazon, in the eyes of Orellana‘s chronicler

Gasper de Carvajal, the Dominican friar, chronicled the voyage of Francisco de Orellana; his account was lodged in the Archivo de Indias and mostly forgotten for 353 years. It was not until 1895 when a Chilean historian, Jose Toribio, published The Discovery of the Amazon under the subtitle According to the Account of Friar Gaspar de Carvajal and Other Documents. Later in1934, it was republished by the American Geographical Society. Though at first, the chronicle described by Carvajal was not taken seriously, but with many pieces of evidence, the BBC’s Unnatural Histories showed that Orellana was not exaggerating his claims as previously thought, but it was correct, and now this chronicle is taken as a historical document.

According to the description of Carvajal, Omagua territory extended around 80 leagues and had 30 to 70 years of aged 50,000 men underarms. Young men were not forced to be in military service. To express the level of cultural development, he claimed that Omagua pottery was superior to that of Malaga, where the finest Spanish ceramics were made. The region was described as having royal roads inside and that were connected to other territories.

Paguana, a land of territory two leagues long, was described as having many sheep, like Peru, which was rich in silver, avocados, pineapples, chirimoya, plums, and roads and lay at a point where the River was so wide that the Spaniards could not see the opposite side. At the point where Omagua territory ended, Carvajal described the people as ‘stocky’; they bore wooden shields and lived in stockades that were fortified with walls of heavy timber. Inside this shielded fortress, there were large plazas in which carved wooded reliefs 10 inches across stood in pride of place held up on carved lions or jaguars.

According to his observation and description, a complex civilization had flourished along the Amazons in the 1540s. It is now believed that the civilization there deceased by the spread of diseases like smallpox from Europe. Later this civilization was explored by the British explorer Percy Fawcett in the early twentieth century. The results of his exploration were inconclusive, as he had mysteriously disappeared on his last trip.

Amazonia before the European conquest

According to geographer William Denevan and anthropologist Michael Heckenberger, the two pioneers of the idea that the Amazonia has long been modified and domesticated by humans, before the arrival of Europeans, the region’s population may have reached 50 million. And the newly discovered remains date back 3000 years or more.

The evidence of claims by Orellana has been stacking up for some time. Archaeologists have excavated and discovered dense urban centres which would be a home to around 10,000 people along Riverbanks, with cultivated orchards of palm, Brazil nuts, and fruit Trees stretching for tens of kilometres. Recent deforestation and remote sensing have revealed extensive earthworks, causeways, including cities, graveyards, canals, and huge areas of ridged fields that kept crops like maize, squash, and manioc.

Meanwhile, agriculturalists have exposed that many Forest soils have been composted and mulched with human waste. These fertile “dark soils” or Terra Preta may cover 150,000 square kilometres, that much of it now covered by the Rainforest again.

Recently an expansive new study was published bearing the names of more than 40 co-author, showing that the human fingerprint could even be seen across the Amazon Rainforest. According to the study, for more than 8,000 years, people lived in Amazonia and domesticated it to make it more productive. They favoured certain species of Trees over others, effectively created crops, and domesticated them which is now called Brazilian nut and cocoa bean. While many of the indigenous communities who created and managed these Plants died 500 years ago during the Amerindian genocide, the effects of their work can still be seen in today’s Amazon Rainforest.

Carolina Levis is a scholar at Wageningen University, who le this study, suggests, “People arrived in the Amazons at least 10,000 years ago, and they started to use the species which were available. And more than 8,000 years ago, they selected some individuals with specific phenotypes which were useful for humans”, she also added, “They really cultivated and planted these species in their home gardens, in the Forests they were managing”. Her study argues that cultivation gradually altered entire regions of Amazonia. Levis and her team found that some of these species domesticated by indigenous communities, including the rubber Tree, Brazil nut, the cocoa Tree, and the maripa palm, still dominate the vast region, especially in the southwest region, of the Amazon Rainforest.

To get a better idea of Amazonian biodiversity, ecologist Hans ter Steege and his colleagues had assembled a massive database of biological surveys slowly done by many researchers. In 2013, they reported that certain Tree species were specifically common in the Amazonian Rainforest; according to their survey, half of all Trees across the entire region belong to just 227 species. Surprisingly to their observation, many of these Trees are heavily used and consumed by the local communities like Yanomami of northern Brazil.

Since the 1970s, frequent geoglyphs have been discovered on deforested regions dating between AD 1–1250, which are furthering claims about Pre-Columbian civilizations. The BBC’s Unnatural Histories presented shreds of evidence that the Amazon Rainforest, rather than being an untouched wilderness, has been shaped by man for at least 11,000 years through methods such as terra preta and Forest gardening. Terra preta can be found over large areas in the Amazon Rainforest; and is now widely accepted as a creation of indigenous soil management. The expansion of this fertile soil allowed agriculture in the previously hostile environment, indicating that large portions of the Amazonia are probably the result of centuries of human management rather than naturally growing as has previously been supposed.

The Holy Rainforest, referred to as the ‘Amazon Rainforest’, has a mysterious history, as mysterious as the Holy Spirit of the Holy and Divine Mother Ayahuasca, with Her blessings guiding humanity.