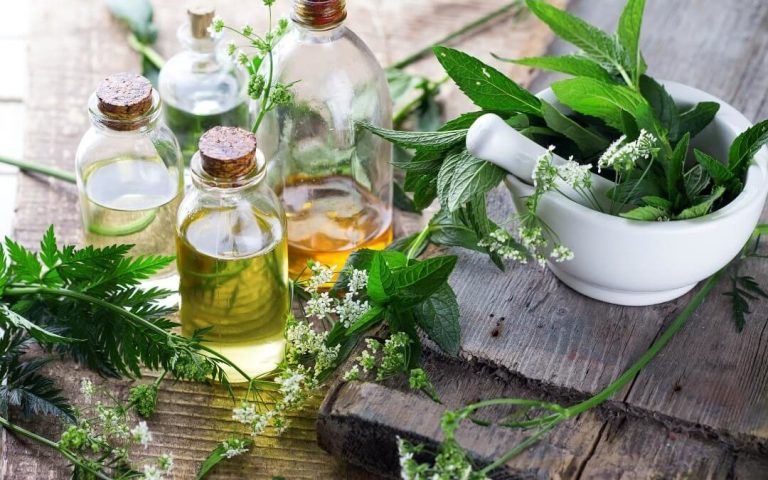 Studies of whole-genome sequencing of medicinal Plants are crucial not only for understanding the universal mechanisms of Plant evolution and phylogeny (the history of the evolution of a species or group) but also for Plant-based drug discovery and development as well as the sustainable utilization of Plant pharmaceutical resources.

What is whole genome sequencing (WGS)?

An organism’s genetic material or genome, be it of a virus, bacteria, potato or a human, is constructed with DNA. Each individual organism has a unique DNA sequence that is composed of bases (A, T, C, and G). By identifying the sequence of the bases of DNA in an organism, it is possible to identify its unique DNA fingerprint or pattern. Discovering the order of bases is called sequencing. Whole-genome sequencing is a laboratory procedure which determines the order of bases in the genome of an organism in one process.

How can whole-genome sequencing help?

The genomic studies of medicinal Plants lag behind those which are considered to be important crop Plants and model Plants. The whole-genome sequences encompass essential information of Plant origin, development, evolution, inheritable traits, physiology, epigenomic regulation, etc. The premise and foundation of deciphering genome diversity and especially various secondary metabolites with potential bioactivities that are also known as chemodiversity of Plants at the molecular level.

High-throughput sequencing of medicinal Plants could not only shed light on the biosynthetic pathways of undiscovered medicinal compounds, especially secondary metabolites, and their regulation mechanisms but also play a major role in the molecular breeding of farming of transgenic medicinal strains and high-yielding medicinal cultivars.

Secondary Metabolites and their significance

Plants have multiple medicinal characteristics because of the presence of secondary metabolites. Metabolites are small molecules and the common products of metabolism that play significant roles in living organisms. Plants’ secondary metabolites are compounds of diverse structures and serve as a defense against fungi, bacteria, amoebae, insects, Plants, and herbivorous animals. They play the role as agents of symbiosis between microbes and Plants, insects, nematodes, and higher animals; and as pollinators. They are also utilized as signaling pathways. Thus, metabolites are useful medicines, fuel, cosmetics, food supplements, compounds and find a range of applications in agriculture, ecology, and healthcare.

There have been numerous researches based on the pathways and chemical structures of metabolites. Understanding the whole genome sequencing can lead to producing more useful metabolites because it helps scientists understand which genes are responsible for which metabolites.

The palette of secondary metabolites is subdivided into a number of separate groups on the basis of their chemical structure and synthetic pathways, and those groups are the alkaloids, terpenoids, and phenolic compounds. With a view to understanding the full metabolic potential of the medicinal Plants, the whole chloroplast and nuclear genomes needed to be sequenced. In this regard, Shi-lin Chen and a group of researchers in 2010 initiated a project, “Herb Genome Programme,” for the whole genome sequencing of various medicinal Plants and post-genomic functional analysis of various secondary metabolites’ biosynthetic pathways.

Countries like China, India, Korea, and Japan are now taking the lead role and continuously reinvesting in research on evidence-based traditional Plant-based medicines and scientific validation of fundamental principles. The rapid increase in the number of licensed Chinese medicine providers in the United States is evidence that China, the traditional medicine giant, has successfully promoted its own natural Plant-based therapies worldwide with a science-based approach.

India is also organizing, and there has been a steep rise in the worldwide acceptance of Ayurveda, the traditional Indian science of Plant-based medicine. The World Health Organization (WHO) has listed 21,000 medicinal Plants, among which 2500 species are in India, and now India is known as the largest producer of medicinal herbs.

In late September, 2021, a team at the Indian Institute of Science Engineering Research (IISER), Bhopal, started to sequence the genomes of Giloy (Tinospora Cordifolia). Giloy is a climbing Shrub which grows on other Trees from the botanical family Menispermaceae. The Plant is native to India but is also found in China and tropical areas of Australia and Africa.

Typically, among other versatile applications, Giloy’s antimicrobial activity is utilized as treatment for dental plaque, skin diseases, and urinary tract infections. It is also found to reduce the clinical symptoms in HIV-positive patients and its antioxidant activity has anti-cancer and chemo-protective properties. Giloy extracts are found to be potential candidates in treating various cancers like breast cancer, brain tumors, and oral cancer as well.

According to Dr. Vineet Sharma, the research team leader, a compound from Giloy was discovered to target the two proteases—Mpro and Spike of the SARS-CoV-2 virus, which indicates that treatment with Giloy extract modulates the various pathways of the immune system for improved immunity.

With the discovery of tens of thousands of Plant species on earth humanity has been blessed with an enormous wealth of medicinal Plants from nature which they can consume with little or no side effects on long-term. Therefore, much more attention in the field of drug discovery has been given towards medicinal Plants as conventional drug development has low success rates, high cost, and takes a long time. Plants display an immense diversity of specialized metabolites, many of which have been important to humanity as medicines, flavors, fragrances, etc.

However, only a small fraction of the vast diversity of Plant metabolism has been explored. For the speedy discovery of unknown secondary metabolites, interdisciplinary research on medicinal Plants genomics together with large-scale sequencing tools and proteomics and metabolomics is highly necessary.