When did humans start experimenting with Psychedelic Holy Plants? 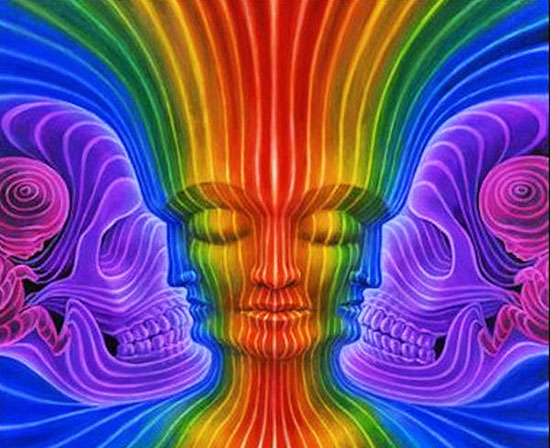 Humans have been experiencing spiritual and religious experiences, philosophy, and psychology throughout ages. There are thousands of Psychoactive compounds which alter human’s inner world experience. It is now evident that our ancient ancestors all over the world were also aware of these mind-altering compounds through various Holy Plants.

According to a survey of 488 modern societies, 90% of the participants give the substance-induced altered state of consciousness an important role in their fundamental belief systems. Many Psychoactive Holy Plants humans consume today have ancient traditions going back many thousands of years.

The word ‘Psychedelic’ was first coined by Humphry Osmond in 1956 to denote the mind-manifesting properties of a variety of compounds. The term ‘Psychedelic experience’ has since escalated in meaning to signify an insightful journey into new realms of consciousness, whether this exploration is induced by Psychoactive Holy Plant-based Medicines, meditation, religious devotions, practicing Yoga, sensory deprivation, fasting, etc.

Holy Plants were respected and consumed for healing, understanding, and spiritual purposes for many thousands of years. Some scholars believe that most of the early religions have roots in prophetic hallucinations induced by the Holy Plants. Many wonder whether the Holy Plants played a part in the origins of symbolic life and in major intellectual breakthroughs.

One of the oldest potentials proofs of medicinal drug use involves a 60,000-year-old Neanderthal burial. Around this burial site laid various Plants, including the stimulant Ephedra. However, there is a lot of debate around this evidence.

Many experts observed that some wild animals act inebriated after eating overly ripe fruit, and this suggests one specific theory of the human-alcohol dynamic, and it is titled the “Drunken Monkey Hypothesis,” and this may account for our intoxication impulse. The experts suggest that before they hunted for meat, our primate ancestors foraged for fruits, which leads to a strong desire for the smell and taste of alcohol produced in fruit as the yeast converts its sugars into ethanol, which would help them detect dinner at peak ripeness.

According to that evolutionary vein, some scientists speculate that mammals and Psychoactive Holy Plants each influenced the development of the other over millions of years. They further suggest that we have evolved and adapted to metabolize the Plants while they evolved their defence chemicals to replicate and disrupt the function of our neurotransmitters. And they named this a “deep time” relationship.

Migrating out of Africa

About 100,000 years ago, when humans started to migrate out of Africa, they explored new lands and encountered new substances. They discovered Opium Poppies in the Mediterranean and Tea and Cannabis in Asia.

Archaeologists have found evidence of Opium consumption in Europe by 5,700 BC. In Asian archaeological digs, Cannabis Seed appeared in 8,100 BC, and the Ancient Greek historian Herodotus recorded Scythians consuming Cannabis in 450 BC. People from China started brewing by around 100 BC.

It is possible that our ancestors started to experiment with Psychoactive substances before the archaeological evidence indicates. Other artifacts like stones and pottery preserve well, but Plants and chemicals decay quickly. But overall archaeological evidence suggests that the discovery and intensive use of Psychoactive substances mostly started to happen late after the Neolithic Revolution in 10,000 BC when our ancestors invented farming.

About 30,000 years ago, the hunters trekked into Alaska and headed south; they discovered a land of chemical heaven with tobacco, mate, and coca. But for some reason, indigenous Americans were especially fascinated with Psychedelic Holy Plants. Ancient American Psychedelics included San Pedro cactus, peyote cactus, Datura, morning-glory, Anadenanthera, Salvia, The Holy Medicine of the Holy and Divine Mother Ayahuasca, which is often simply referred as “Ayahuasca”- the Holy Medicine, and over 20 species of Psychoactive magic mushrooms. Around this time, the indigenous Americans invented the nasal administration of hallucinogens and tobacco. They were the first to snort substances.

Evidence suggests that this American Psychedelic culture is ancient. Peyote buttons have been carbon-dated back to 4,000 BC, while Mexican mushroom statues indicate Psilocybe use in 500 BC. Recently discovered a 1000-year-old stash found in Bolivia contained Anadenanthera, DMT, and cocaine suggests ancient traditions of Plant Medicines.

The historical connections between ancient religions and Psychoactive Plants

Research suggests that around 5,700 years ago, the Native Americans started to use Peyote Holy desert Cactus, which contains hallucinogens, ritualistically. This Holy Cactus was so indispensable to them that they traveled days or weeks each year on foot to harvest a year’s worth of the Holy Cactus in the desert of Texas and Mexico.

Religion correspondent Barbara Hagerty in her book, “Fingerprints of God: The Search for the Science of Spirituality”, described a Peyote Sacred Ceremony, where everyone sat cross-legged, motionless on the floor, gazing at the flames with sleepy eyes dilated by the hallucinogenic Mescaline from the Holy Herb Peyote, while other men moved around the circle with pounding on a water drum and singing a Holy Chant.

Other Psychoactive Plants have an even longer history with religion and spirituality. In the same region, Mescal Bean, which was consumed in the same ritualistic way as the Holy Peyote, has been found in rock shelters and caves dating back to 9,000 years ago. In Peru, the oldest remains of the Psychoactive San Pedro Holy Cactus date to 6,800 to 6,200 BC.

Opium is more familiar today, morphine and heroin are the descendants of it and was equally renowned in the prehistoric time as it provides pain relief and produces euphoria. It seems to be the most widespread of the ancient substances, covering most of Europe by the sixth millennium BC. Holy Plant Poppy capsules can be found in many Eastern Mediterranean artifacts like jewellery, figurines, is highlighting opium’s range of symbolic meanings.

In the South American Andes, the Holy Banisteriopsis Caapi Vine is considered as the most holiest of all Plants. Most of the ‘healing’ and spiritual rituals revolve around the Holy Banisteriopsis Caapi Vine based Holy Medicine of the Holy and Divine Mother Ayahuasca. From the beginning of the time, the indigenous communities all over the Amazon have been consuming the Holy Medicine in their Sacred Ceremonies. The Amazonian indigenous people also have been consuming the Holy Coca for 8,000 years. Chewing the leaves of this Holy Plant helps to stave off hunger, fatigue, altitude sickness, and thirst. Now we derive cocaine from this Holy Plant.

Prehistoric Homo sapiens were so filled with the love for the Fantastic Fungi that many formed Sacred Cults around them in Mesoamerica. Small sculptures of human-like figures crowned with mushrooms are common throughout the region, which is dating back between 500 BC and 900 AD.

It is evident that the relationship between human civilization and Psychedelic substances is very old; archaeology suggests that this relationship dates back Millennia, around early agricultural societies or maybe even before that. Spanish researcher, Elisa Guerra-Doce, published a review of archaeological evidence for Psychoactive Holy Plant consumption in prehistory. She and many other experts argued that these Holy Plants have traditionally served socially constructive purposes despite contemporary problems. By examining the way our ancestors have used them for millennia, we may better understand how to benefit from these mind-altering Holy Plants without harm.

Considering the failures of the war on drugs, she wrote in her review that our modern societies should look back into the past and learn something from the primitive.