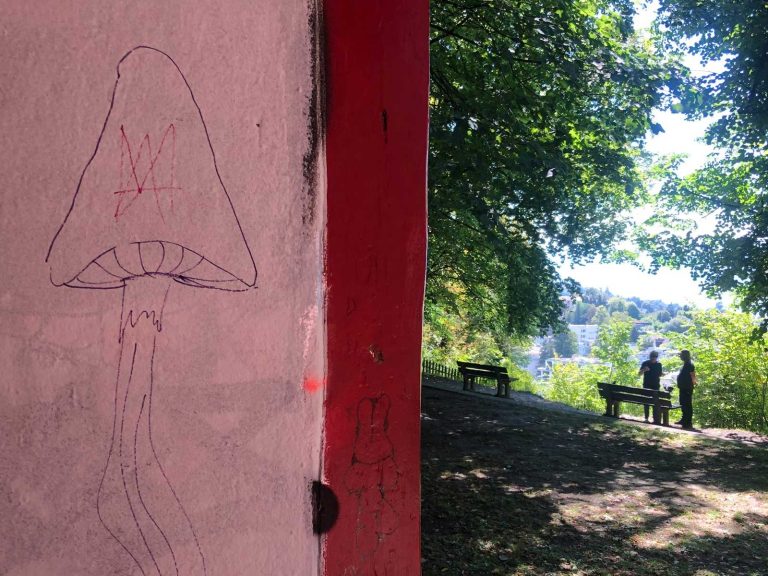 Reports of mystical-type experiences date back many centuries, if not millennia. Mystical experiences have occurred in the course of structured spiritual or religious practices as well as in cases in which there was no direct intention to have such an experience such near-death experience. According to experts, mystical experiences are uniquely interesting and important to study because they are sometimes associated with abrupt, substantial, and sustained changes in behaviour and perception.

About the importance of mystical experiences, Aldous Huxley, in his book The Perennial Philosophy, put it like this—the authoritative sense of interconnectedness and sacredness that defines such experiences suggest that mystical experiences may be foundational to the world’s ethical and moral systems. But despite their apparent importance, the unpredictability and low probability of “naturally occurring” mystical-type experiences, whether they occur in religious or non-religious.

While there are countless reports of profound spiritual and mystical experiences that have occurred in the absence of Psychoactive substances, but historical evidence abounds for the role of Psychedelic substances in ceremonial approaches to promoting such profound experiences.

Based on numerous studies now, it is clear that the descriptions of naturally occurring mystical experiences are strikingly similar to profound spiritual experiences occasioned by hallucinogenic Psychedelic substances. Scientists from different fields have begun to utilize classic Psychedelic substances to study the reliability, characteristics, subjective nature, and behavioural consequences of mystical-type experiences.

Based on 2019 research, in 2021, a wonderful documentary film was premiered, which tell the story of what happened when a group of experienced Zen practitioners came together in the Swiss Alps to meditate with a mind-altering dose of Psilocybin. The film is important because it offers a window into psychedelic substances that may soon be legally and safely consumed for the betterment of well people, not just as medicines to treat depression, addiction or trauma.

Most of the government-approved research is centred around the beneficial applications of psychedelic substances that have taken place inside medical centres or university clinics.

Compared to those studies, this experiment is different, which is legal under Swiss law. The study unfolds at a Zendo on majestic Mt. Rigi, at a meditation centre founded by Vanja Palmers, a Swiss man who spent many years studying in California at the Tassajara Zen Mountain Center.

Palmers partnered with a leading Swiss neuroscientist Franz Vollenweider, who has been studying the brain on psychedelic substances for a long time and also the director of the Neuropsychopharmacology and Brain Imaging Unit at the University of Zurich psychiatric hospital. This famous mental hospital is where a young Carl Jung began thinking about the workings of the human mind and where some of the first LSD research was conducted in the 1940s, just a few years after Albert Hofmann discovered the wonders of that revolutionary substance.

According to Palmers, scientists like Vollenweider were looking at the brain from the outside, and as Zen practitioners, they are studying it from the inside.

This interesting story about the coming together of the brain scientists and the Zen monks is directed by the Dutch documentary filmmaker Maartje Nevejan, whose team of animators and special effects wizards add just enough bells and whistles to convey the subtle mystical experiences of the psychedelic substances.

Half of the volunteered experienced Zen monks at a five-day meditation retreat on Mt. Rigi were given psilocybin pills, while the rest got a placebo. This double-blind, placebo-controlled study was necessary to make the mountaintop encounter legal under Swiss law and produced yet another paper telling the scientific community what is already known — that many people have profound and sometimes transformative experiences on psychedelic substances.

Lead researcher Vollenweider is the first to admit that scientists still don’t really understand the true nature of human consciousness. But he sees it as something as basic as energy or matter, a kind of empty canvas or structure upon which the entire universe unfolds.

He and Palmers both agreed upon the feeling of timelessness and oceanic boundlessness — that spreading out of the self that can be experienced by both psychonauts and experienced meditators. Egoic boundaries dissolve, reminding experiencers of the awe and wonder humans experience as children but lose in the construction of the sense of “I”.

During the retreat session where the psilocybin and placebo pills were passed out, most of the meditators sat quietly on their cushions. Later, during a discussion designed to integrate the experience, one participant tries to explain the ecstasy. After the experience, according to that participant, the reality is simply pure energy. His Psilocybin journey was overwhelming, mystical, and without any fear.

Another woman participator who got the Psilocybin had never experienced psychedelics before; according to her, it was not an individual experience; it was something collective, so deep that she could not put it into words. It was very beautiful.

Palmers was surprised that Zen students with thousands of hours of meditation experience had such deeper experiences with Psilocybin compared to those who got the placebo. Vollenweider published a paper on the Mt. Rigi experiment in which he notes that meditation and psychedelics are both known tools for self-transcendence and altered consciousness.

Four months after the retreat, Vollenweider’s team administered a series of tests to all the participants to observe how the Psilocybin affected their meditation practice and what long term psychological benefits may have occurred.

After four months, from the integration and a series of tests, the research team found that the Psilocybin increased meditation depth and incidence of positively experienced self-dissolution, with no concomitant anxiety. Openness, optimism, and emotional reappraisal were predictors of the acute response. Compared with placebo, Psilocybin enhanced post-intervention mindfulness and produced larger positive changes in psychosocial functioning.

Given the importance of set and setting in shaping the Psychedelic experiences, the research team hypothesized that mindfulness training might deepen psychedelic-induced experiences. The team also investigated the possibility that it may buffer the emotional overload and anxiety that can arise with self-dissolution effects. They also demonstrated that the state mindfulness and meditation depth gradually increased over the course of the retreat and that meditation depth was acutely increased by psilocybin administration.

According to the study authors, remarkably, despite the long engagement of their study participants in contemplative practices, the psilocybin-induced mystical experience was valued equivalent to their strongest lifetime mystical-type experience. The study demonstrated that the combination of psilocybin and mindfulness training increased the incidence and intensity of alterations of consciousness characterized by profound states of self-dissolution and virtually no anxiety.

The documented film is currently showing in theatres in Holland, will have its U.S. premiere at the International Buddhist Film Festival in San Rafael, California, on 10th December, followed by a showing in New York on 12th December 2021 at the Psychedelic Film and Music Festival.