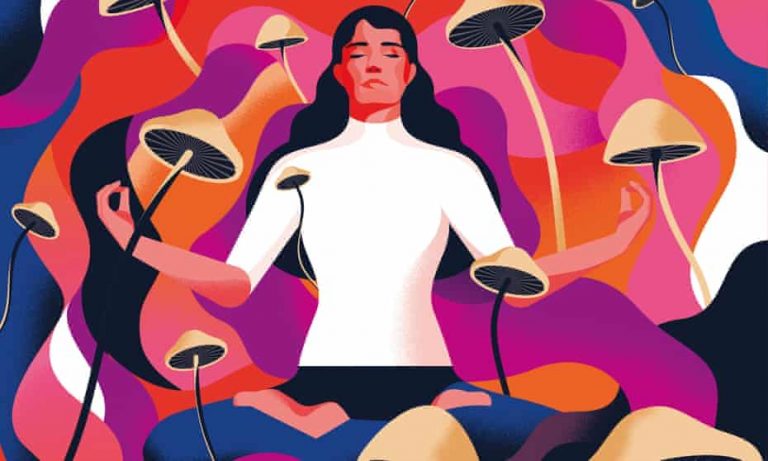 A single dose of naturally occurring compound, Psilocybin, which is Psychoactive, has been found to cause structural changes in the brain which is able to counteract symptoms of depression.

The paper was published in the August 18th, 2021, Journal of ‘Neuron’ by researchers at the Yale School of Medicine. The research, led by Lingxias Shao, postdoctoral associate, and Alex Kwan, associate professor of psychiatry and neuroscience, presented evidence that administering Psilocybin in mice resulted in an approximately 10 percent increase in neuron size and density in the brain’s frontal cortex. The team found that such ‘structural remodelling’ took places within 24 hours of the administration, and continued for one month, indicating that Psilocybin had long-lasting changes in the brain. Kawn noted that it was fascinating to observe such long-lasting affect, although Psilocybin only had incredibly short half-life and got out of the body quickly. It has been noted previously that Psilocybin had been found to be effective in treating depression and other neuropsychiatric disorders, and therefore, they wanted to investigate the mystery further by observing the individual connections in the mouse brain.

Psilocybin is well known to be produced by Fungi and referred to as ‘magic mushrooms’, which can induce visual hallucinations, distortions, euphoria and spiritual experiences, however, Kwan’s team had been more interested in the long-term affect especially after the Psilocybin had been cleared from the body and had worn off.

Although Psychedelic research has not been so popular, Kwan and some other researchers who are interested in Psychedelics and the ‘Healing’ received from Psychedelics, are are working  hard even in the face of tight regulations, and risks of physical impacts like increases in heart rate and possibility of precipitating psychotic episodes, etc.

There was a large sample size of 82 mice, with roughly equal distribution between male and female mice in the study. Male mouse brains experience smaller effect compared with female, pointing to some heterogeneity in terms of affect in the brain and long-lasting changes. Kwan hopes to investigate the exact mechanisms by which Psilocybin increases neuron size and density. Kwan hopes that this research in future would be able to identify new compounds which might have even better properties than Psilocybin in treating neuropsychiatric disorders.

The Director of Policy and Advocacy at the Multidisciplinary Association for Psychedelic Studies Natalie Ginsberg ’11 expressed excitement about the direction of Psychedelic research “This is totally changing the approach the therapy for PTSD and other mental illnesses. Psychedelics can also greatly impact people’s connections to nature and to each other. We also hope to see Psychedelics decriminalized, making them more safe and accessible to those who can be healed by them.”

Although Psilocybin has been considered as Schedule I drug in the U.S. since 1970, recent research has been very promising.