Healing Mentally and Physically by the Holy and Divine Mother Ayahuasca 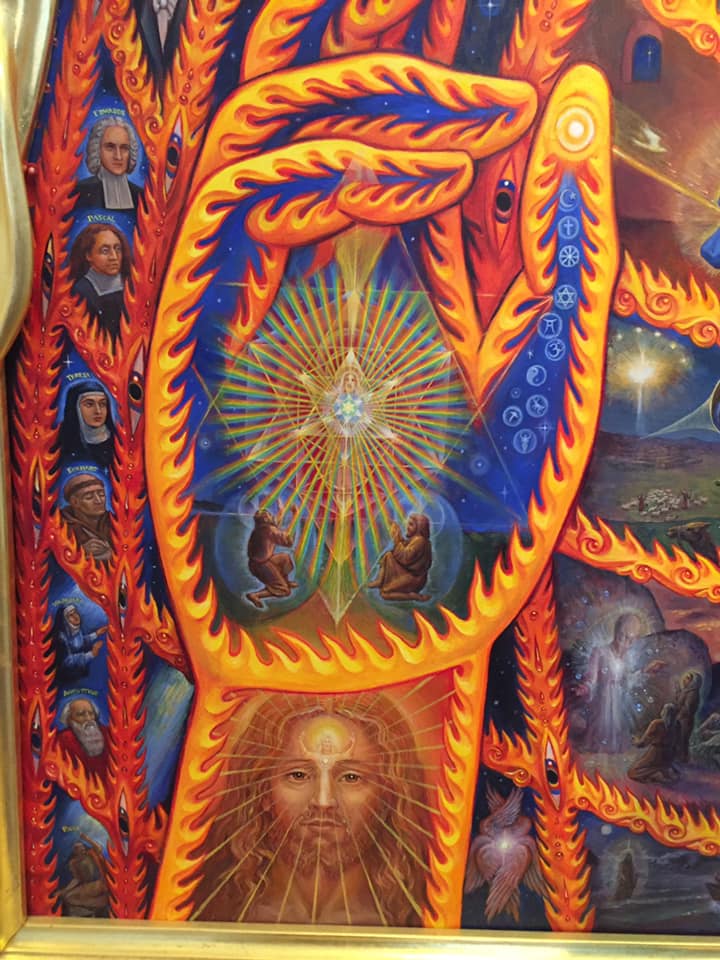 The Holy and Divine Mother Ayahuasca has provided the way, as claimed by the Amazonian people, to brew Holy Medicine by the combination of the Banisteriopsis Caapi Vine and the Psychotria Viridis Leaves, which taken orally takes the participant of the Sacred Ceremony where such Holy Drink is taken, to have an experience of a life-time which not only heals them physically but also mentally.

Nowadays, the reasons for which people come to the Holy and Divine Mother Ayahuasca are much different than those seeking a ‘trip’ from LSD, Mushroom or Weed. They are often very serious and either looking for healing physically, or mentally, to get back in life after being beaten down, overcoming addiction, or trying to find meaning or purpose of their lives.

There are spiritual seekers who are looking for spiritual or enlightening experiences. Some may be trying to get rid of addiction of alcohol, cigarettes or other hard drugs like cocaine, MDMA etc. They may have heard from those experienced about the tremendous benefits and the potential to overcome addiction after taking the Holy Brew and meeting the Holy and Divine Mother Ayahuasca.

Healing Past Trauma and gaining new insights: The DMT from the Holy Medicine activates the neocortex, the amygdala, and the insula, which in combination makes a miracle healing possible. The neocortex is where all the logical thinking, rationalization of the conscious mind takes place. The amygdala and the insula are where the emotional memories are stored and response generated. During a healing ceremony, the conscious mind is able to access long-lost and old memories, which while accessing them, can override the response associated with such memories in a positive way. If someone has a traumatic experience stored, while the brain accesses it during the healing ceremony, it is observed in completely new light and new responses are stored in place of old traumatic experiences. For example, if someone has been a victim of child abuse, they may be able to forgive and overcome themselves from the trauma. If someone has addiction, they can overcome it as the brain rewires the reasons for their addiction.

Moreover, there is a whole brain experience which sheds new experiences upon the individual allowing them to see everything in new light, compared with which life’s issues, trauma, pain feels minute. It is one of the way the Holy and Divine Mother Ayahuasca heals Her children, especially those who seek Her support wholeheartedly.

Bringing Meditative Calmness Naturally by affecting the Default Mode Network: The Default Mode Network (DMN) becomes less active and calm, which is an effect which happens for the case of meditators. DMN is blamed for causing depression, anxiety, trauma and many other ills. With the lessening or settling down of activity of the DMN, the individual is able to find happiness, peace, and often experience oneness experienced by meditators.

The feeling of unity arising from settling down of the DMN is liberating, and allows one to see and feel beyond the physical body, often for the first time.

The Holy Plant Medicines which allow to meet the Holy and Divine Mother Ayahuasca is the greatest gift to humanity, and is being recognised by researchers, experts all over the world.

Recent researches show tremendous physical healing potentials some as follows which are as follows:

The Holy Plant Medicine which allowed to meet the Holy and Divine Mother Ayahuasca was found to promote long-term memory.

The Holy Plant Medicine which allowed to meet the Holy and Divine Mother Ayahuasca was found to help in regeneration of neurons and neural plasticity.

The Holy Plant Medicine which allowed to meet the Holy and Divine Mother Ayahuasca did not create tolerance, therefore larger dose of the Holy Medicine was not need for the same healing experience.

The Holy Plant Medicines hold the potential of Healing from Cancer

The DMT contained in the Holy Plant Medicines have been known to bind to specific receptors of the mitochondria and endoplasmic reticula which possesses the potential to kill certain cancerous cells and therefore holds tremendous possibilities for future cancer research which is ongoing and to surely reveal the immense benefits for healing from cancer in the coming days.

A research was undertaken in the 1990s, which tested fifteen participants who were attending  Sacred Ceremonies bi-monthly where Holy Plant Medicines were consumed, and it was found that the Serotonin Reuptake was much higher in them indicating there was a similar healing affect similar to anti-depressants. The research was conducted in Manaus, Brazil, to investigate the long-term effects, by McKenna, Charles Grob, a professor of psychiatry and paediatrics at Harbor-U.C.L.A. Medical Center, and James Callaway, a pharmaceutical chemist. The fifteen men were compared with a control group of people with similar backgrounds. They found, from blood tests, that the serotonin reuptake transporters—the targets that many contemporary antidepressants work on—were elevated in the participants. Generally, people with low levels of serotonin reuptake transporters was common among those with intractable depression, and in people who suffer from Type 2 alcoholism, which is associated with bouts of violent behavior. Therefore, the Holy Plant Medicine potentially reversed the deficits over the long term. McKenna pointed that no other known drug has this effect and mentions “There’s only one other instance of a factor that affects this upregulation—and that’s aging.” He wondered if the Holy Plant Medicines were imparting the participants in Sacred Ceremonies with something which is generally associated with maturity: Wisdom.

Therefore, although there are potential risks and caution needs to be taken when participating in Sacred Ceremonies where Holy Plant Medicine Drink is consumed with the possibility to meet the Holy and Divine Mother Ayahuasca, if it is done under expert supervision and with doctor’s consultation if needed, the experience can be one of the most healing physically and mentally for any participant.