How Plants control the genetics of the Fungi 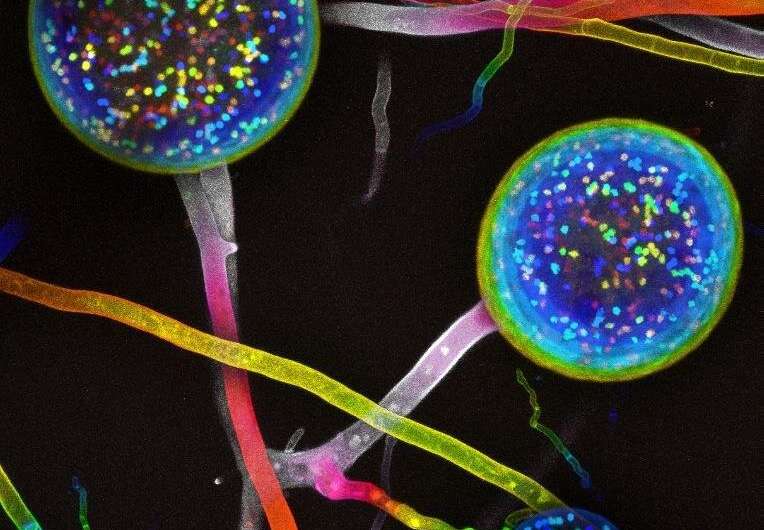 Fungi had evolved for millions of years, long before there was a symbiotic relationship with the Plants on the land, and therefore holds the wisdom of a billion years of evolution. Scientists and researchers have been learning plenty from the Fungi wisdom, and applying the knowledge in their fight against climate change and in improving agriculture systems.

The Arbuscular Mycorrhizal (AM) Fungi are involved in some of the most ecologically important symbioses on planet Earth. Most land Plants have a symbiotic relationship with the AM Fungi and are completely dependent on them for survival and to thrive. Considering the importance of learning about Fungi, the knowledge of even basic elements of AM Fungi by the scientific world is considerably little. Fortunately, researchers and scientists have started to recognize the importance of AM Fungi – and the Fungi world in general – in the fight against climate change and to develop food security for the future.

Among many recent research works, including recent research on how Fungi and Plants’ roots create symbiotic relationships, a research team from the University of Ottawa this year in 2021 has found out that Plants may have the ability to control the genetics of their intimate root symbionts. In addition to having a significant impact on all terrestrial ecosystems, their discovery may lead to improved eco-friendly agricultural applications.

The research methods and findings

According to Nicolas Corradi, the lead researcher and an associate professor in the Department of Biology and Research Chair in Microbial Genomics at the University of Ottawa, they have uncovered a fascinating genetic regulation in the symbiotic relationship between Plants and their microbial symbionts, the AM Fungi.

The lead researcher of this study further explained that AM Fungi’s genetics had been a mystery for a very long time. While typical cells possess one nucleus, the cells of AM Fungi exhibit thousands of nuclei which can be genetically diverse. How these nuclei communicate with each other, what purpose do they fulfill, and whether the Plants can control their relative abundance have been a great mystery in the scientific world.

The research team found that every single AM Fungi spore carries hundreds of nuclei. To analyze a single spore, they simultaneously implemented a novel molecular approach with advanced mathematical modeling and microscopy. The aim behind analyzing a single spore was to quantify the genetics of thousands of nuclei and define their relative abundance in different Fungi strains and across various Plant species. The research team was successful in achieving their aim.

Vasilis Kokkoris, Postdoctoral Fellow in the Corradi Lab and the lead author of the study, explained that they used advanced microscopy to visualize and count the nuclei in the spore to ensure that they accurately analyzed single nuclei. And lastly, they used mathematical modeling to prove that the observed abundance of nuclear genotypes they identified cannot be a product of randomness or luck but instead is the result of a driven collaboration between them. For a better understanding of what is regulating the AM Fungi nuclei, the research team grew different AM Fungi strains with different species of host Plants and observed that Plants have control of the relative abundance of the Fungi nuclei.

Besides this key observation, the lead researcher further mentioned that their work also provides insights into the unique genetic conditions of the mysterious Fungi, which are:

What do other recent studies say about this ancient symbiotic relationship?

Recently many studies have been shedding light on the mechanism of the symbiotic relationship between Plants’ roots and Fungi. This year, in 2021, another study from the University of Cambridge demonstrated how this 400 million-year-old symbiotic process develops in real-time by using a Plant they engineered with Beetroot pigment. They were able to exhibit that the engineered Plant was blushing when its roots were in touch with the AM Fungi.

In another similar study from 2020, a research group from the University of Wisconsin-Madison has shown how Fungi can develop genes for having Plant-attracting characteristics in multiple ways, including making genes from scratch or borrowing specific genes from other Fungi species to bond with the host Plants.

In this research, Yen-Wen Wang, the lead author of the study, also mentioned that Fungi have a lot of “junk DNA” and hypothesized that these genes are important to Fungi, which provided them with a very different set of tools to create symbiotic relationships with the host Plants. However, the research team did not mention anything about whether Plants could control these genes or not.

It is clear that much more research from different points of view with different approaches on this subject is necessary to understand the mechanism of this ancient symbiotic relationship.

For many years, AM Fungi has been considered to be exceptional for having genetic peculiarities and being distinguished from model organisms. According to researchers, AM Fungi is always evolving and changing, and inconsistencies are quite commonly perceived in Plants AM Fungi experiments. For example, growing the same fungal strain with different Plants can lead to drastically different Plant yields.

Like other similar studies on this same subject, according to the lead researcher of this study, Nicolas Corradi, this study is providing insights and knowledge which would be useful in increasing the growth rates of the Plants.

From an environmental standpoint, these new findings allow for a better understanding of how Plants influence the genetics of their symbiotic partners, the Fungi, thus influencing the entire terrestrial ecosystem.