Jurema – Mimosa Hostilis or Mimosa Tenuiflora, an ingredient of the Holy Medicine of the Holy and Divine Mother Ayahuasca 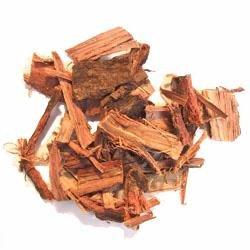 Mimosa Hostilis, also referred to as Mimosa Tenuiflora, is also known as “Jurema Preta” in Brazil and Tepezcohuite (meaning “Tree of the skin” in Mexico, and by other names such as Carbonal, Cabrera, Black Jurema, and Binho de Jurema, is a ‘Visionary’ Plant. The Dry Root Bark of “Jurema”, contains DMT, which is an admixture often added to prepare the Holy Medicine of the Holy and Divine Mother Ayahuasca.

In Brazil, the term “Jurema” refers to not only one Plant but to a group of ‘sensitive’ Plants in the Mimosoidae subfamily.

The Perennial Tree or Shrub is native to North-Eastern Brazil, and found in Mexico, El Salvador, Honduras, Panama, Colombia, and Venezuela, most often found in lower altitudes, but also as high as 1,000 m (3,300 ft). Mimosa Hostilis is appreciated for the ‘Visionary’ properties, as a DMT admixture, and medical efficiency.

The Plant is considered as a Pioneer Plant and a Survivor, east to propagate.

Preparing an Analogue of “Ayahuasca”, the Holy Medicine

In modern times, the root concoction added to passion fruit juice, which contains Harmine, would likely act as an MAOI, and could potentially serve as an Analogue of the Holy Medicine.

A number of constituents, including steroid saponins and triterpene saponins are found in Mimosa Hostilis. The bark also contains large quantities of starch, calcium, and tannins, and small quantities of alkaloids, including 5-hydroxytryptamine, N,N-Dimethyltryptamine, and Beta-carbolines are also included. In recent studies, R. Anton and his team yielded 1% of N, N-DMT from the root cortex of Mexican samples, which is a phenomenal amount.

The first Brazilian communities to develop a specific ritualistic practice of Jurema as Psychoactive Medicine are extinct. Jurema is referred to as a Plant, an herbal potion, a Spirit, and a Spiritual Tradition. This timeless wisdom was secretly conserved from father to son, as the ritualistic practice of the Psychoactive Medicine brought severe prosecution from the White Men. There are fascinating similarities between the Sacred Ceremonies, where the Holy Medicine is consumed, and these Jurema rituals of the Amazon Forest. The Jurema rituals show all the characteristics of Psychoactive influence though alcohol is also drunk to induce an altered state of consciousness. According to their belief, alcohol is the only available medium through which rituals can be enhanced, and attendant spirits are served.

The preparation of the Jurema Medicine, from fresh Jurema root bark is a complex ritual. Usually, these rituals are aimed to achieve a trance possession state. At the bottom of the mountain Oma, the process of these kinds of rituals begins by O Paje, the spiritual leader. Only those roots that are facing the rising sun are picked. After picking up, the roots are beaten against a rock to remove all dirt off the root. Only the inner root is added for the Medicine. It is believed that by taking this Medicine in the rituals, Jurema people can beckon the spirits of the Caboclos called ‘Encantados de Luz’ (Enchanted Beings of Light) to descend into the bodies of the participants to promote healing while dancing the Tore.

In Mexico, the powdered bark of Mimosa Hostilis helps to treat wounds and burns with miraculous results. The bark is also taken in capsules for debility and exhaustion.

In Brazil, women, as an aphrodisiac, rub the fresh root cortex onto the soles of men they desire.

According to the folklore and literature, the “Jurema” based “Medicines” which were traditionally prepared in the eastern Amazon provided the shamans with amazing dreams and transported them to heaven. When the powdered root spread on burns, it created analgesic effects which lasted for up to three hours. It also noticeably shortens the regeneration time for the skin. The bark also stimulates the immune system.