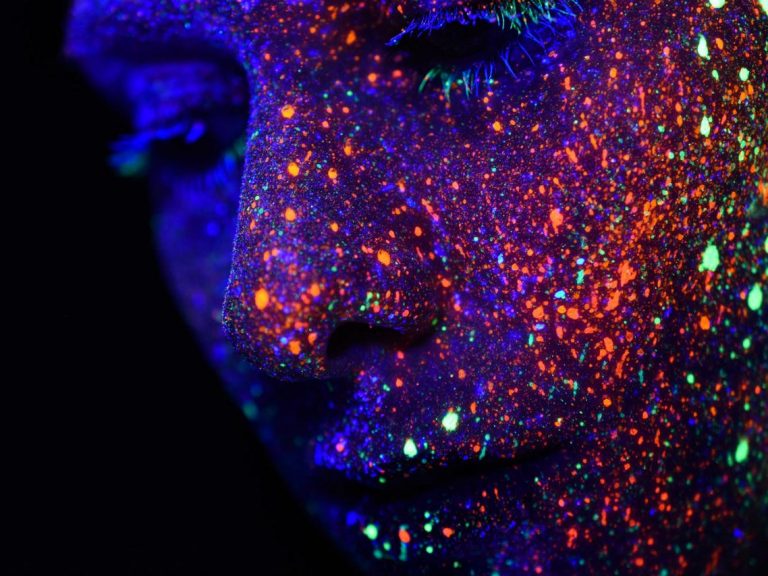 N,N-Dimethyltryptamine, which is simply known as DMT, is known to have a profound effect on raising human consciousness. It is also referred to as ‘The God Molecule’ or the ‘Spirit Molecule.’ For thousands of years, DMT, which is present in the Holy Medicine from Holy and Divine Mother Ayahuasca, has been used by people from the Amazons. It is also known to have been used in other regions of the world like Indian Subcontinent, to alter human consciousness and to achieve healing by aligning physical, mental, and spiritual disharmony in human beings. The Ancient Holy Drink ‘Soma’ has been compared or thought to be the Holy Medicine of the Holy and Divine Mother Ayahuasca.

Although this mystical and hallucinogenic compound has properties similar to other psychedelic compounds found in LSD and Psilocybin mushrooms, unlike other psychedelic substances, DMT provides a more powerful and overwhelmingly intense experience, altered consciousness, near-death experience, encounters with mystical entities and more. Many individuals having experienced DMT either by participating in a Sacred Ceremony or by smoking Synthetic DMT, say that DMT catapults them into a realm more real than reality.

Surprisingly this compound occurs naturally in hundreds of Holy Plants and animals. After numerous research and studies, scientists also confirmed that this mysterious molecule could also found in most of the mammals which have been investigated. As humans, our lungs and part of our brain called the pineal gland also naturally produces DMT. So, this is the only powerful Psychedelic that can be found naturally in the human body.

DMT is closely related to Spirituality

Ancient people all around the world understood the link between endogenous DMT and spiritual experiences. That is why most of the spiritual practices such as specific breathing techniques and meditations of every culture were cultivated targeting the ‘pineal gland‘ metaphorically also known as ‘third eye’. If we dive into the experiences that DMT provides and compare them with the non-drug naturally occur spiritual or religious experiences, a lot of similarities can be found between the two experiences.

Pioneer researcher of DMT, Rick Strassman, also the author of ‘DMT: Spirit Molecule’, said that he was interested in looking at DMT as a naturally occurring psychedelic which produce naturally occurring spiritual states. For example, in phenomena like the near-death experience, mystical experiences of enlightenment, or unusual religious dreams, one could make an argument that naturally occurring DMT was involved in those non-drug states. He further added, “there are also still a lot of questions to answer, as the explanation of what DMT is doing in the body in the first place. It’s clear importance as it is actively transported into the brain using energy. There are very few compounds that the brain absorbs this way, such as glucose and amino acids that are required for normal brain function, but can’t be made by the body on its own.“

‘DMT: The Spirit Molecule‘ is the result of 20 years of research by Rick Strassman where he wrote, “When our individual life force enters our fetal body, the moment in which we become truly human, it passes through the pineal and triggers the first primordial flood of DMT. Later, at birth, the pineal releases more DMT. As we die, the life force leaves the body through the pineal gland, releasing another flood of this psychedelic spirit molecule.“

Religious use of DMT

For centuries DMT has been used as the main psychoactive ingredient of the Holy Medicine of the Holy and Divine Mother Ayahuasca.

The growing interest from Westerners and Non-Amazonians in the Holy Medicine of the Holy and Divine Mother Ayahuasca has been satisfied by members of indigenous communities who normally would not be interested in this kind of knowledge, mestizo practitioners with various degrees of expertise, and non-Amazonians who have been taught by practitioners. Some Amazonian practitioners suddenly find that their traditional knowledge has value in the eyes of non-Amazonians and can be an important source of income, while other indigenous groups firmly reject non-Amazonian practitioners. Indigenous practitioners in other areas have different opinions on the matter. Hilario Chiriap, a Shuar Shaman from Ecuador holds the view that in his community there is the tacit understanding that white people will be having access to the Holy Medicine of the Holy and Divine Mother Ayahuasca in the future, and therefore, it is only wise to teach properly.

During his training and healing sessions, Don Hilario emphasizes traditional prescriptions such as the maintenance of a certain diet, sexual segregation, and periods of intense training—preferably in isolation—to give non-indigenous novices legitimacy. The use of the Holy Medicine by the indigenous and non-indigenous practitioners and in Shamanic, religious, and non-religious rituals has created complex dynamics.

Santo Daime, is also known as ‘Doctrine of Mestre Irrineu,’ is a syncretic religion founded in the 1930s by Raimundo Irrineu Serra in the Brazilian Amazonian state of Acre. Santo Daime incorporates elements of several spiritual or religious traditions, including Kardecist Spiritism, Folk Catholicism, South American Shamanism, and African animism.

Participants consume the Holy Medicine, which they call “Daime”, in Sacred Ceremonies with various rituals, but only the format and focus differ; concentrations are silent, seated meditations, while hymnals involve dancing and singing hymns while playing maracas.

Participants in the Sacred Ceremony rituals come to submit themselves to a process through which they may learn. This may include various wonders — the Holy and Divine Mother Ayahuasca is revered for the visions She provides to the participants and the sense of communion with nature and spiritual reality — as well as more mundane, less pleasant lessons about the ‘Self’. The Daime is thought to reveal both positive and various negative or unresolved aspects of the individual, resulting in difficult “passages” involving the integration of this dissociated psychological content.

Religion of União do Vegetal (UDV)

Uniao do Vegetal or UDV is a religious society founded on July 22, 1961, by José Gabriel da Costa, known as Mestre Gabriel. The UDV seeks to promote peace and to “work for the evolution of the human being in the sense of his or her spiritual development.” The institution today has over 18,000 members, distributed among more than 200 local chapters located in all the states of Brazil, as well as in Peru, Australia, several countries in Europe, and the United States. The translation of União do Vegetal is “Union of the Plants”, referring to the Holy Sacrament of the UDV, the Holy Medicine of the Holy and Divine Mother Ayahuasca, which they simply refer as “Vegetal”.

Scientists in Finland are taking a closer look at the relationship between Psychedelic substances like DMT and mystical or spiritual experiences. In new research published in the Journal of Psychoactive Drugs, researchers show that a Finnish version of a common assessment of subjective Psychedelic effects can accurately capture an individual’s experiences. “Studies with both clinical populations and healthy volunteers, as well as population-based research, suggest that some people experience positive changes in well-being and relationships after using Psychedelics” said study author Samuli Kangaslampi, a postdoctoral researcher at Tampere University.

Another study of UDV members by Psychiatrist Charles Grob of the UCLA School of Medicine found them to be psychologically and physically healthier than average, and he has recommended the Holy Medicine of the Holy and Divine Mother Ayahuasca as a treatment for depression.